For anyone who believes pot smoking started in the 1960s, I have the book for you. 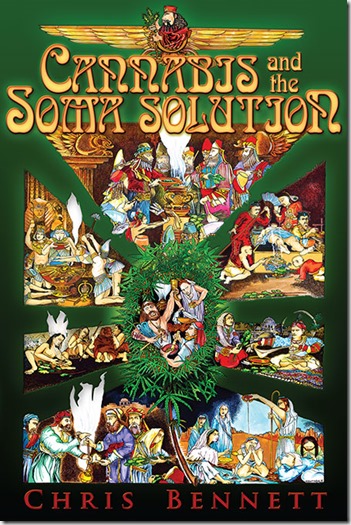 Unraveling the secrets of cannabis that time has hidden, Chris Bennett, in his new book Cannabis and the Soma Solution, has established that the herb was the primary plant medicine used for spiritual purposes in ancient Eastern and Western religions.

Challenging the dominant view that magic mushrooms were the most common source of the powerful effects Soma was reported to have had, Bennett puts down a solid argument for cannabis being the plant/God written about in the Rig Vedas. Scholars cannot identify the actual plant called Soma in ancient India because it was condemned by the Buddhists about 2,000 years ago, leaving its origins to speculation. Cannabis and the Soma Solution is a brilliant rebuttal of the theory that mushrooms were the source of health and vitality so richly described in the Vedas. Moreover, in this book Bennett has walked the reader through history, weaving back into its fabric the thread of cannabis so cleverly disguised in the history taught in church and school.

With over 20 years of research into the ancient history of cannabis, Bennett really knows his subject.

In his first book Green Gold, The Tree Of Life: Marijuana in Magic and Religion, Bennett revealed cannabis was the plant identified symbolically as the Tree Of Life in the Old Testament of Jewish and Christian faith. He does this by diving into the very beginnings of religion and civilization to dig for clues. Identifying Jesus as a pagan rebelling against secretive traditions by sharing them with the public, Bennett explains how prohibitionists succeeded in first creating laws against cannabis before eventually eliminating almost all traces of the plant and its followers.

Green Gold is a passionate read but it was published in 1995, just a few years into Bennett’s research. The questions it raised challenged the fundamental belief structures of some of the largest most dominant religions in the world. But, it was only the beginning. 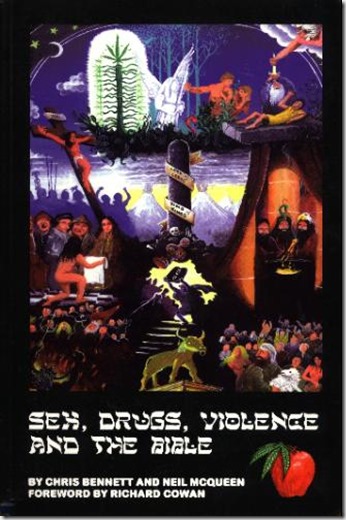 Sex, Drugs, Violence and the Bible, Bennett’s second book, is focused on proving cannabis is the Tree Of Life and documents the horrific acts of prohibitionists upon pagans. For those who grew up in the Christian church, this book will forever change your understanding of the function and evolution of ceremonies like communion and baptism. Published in 2001, Bennett’s second book challenges readers to consider the importance of sex and drugs in ancient Christian traditions.

With this last book, Bennett has written a complete history of the religious uses of cannabis, except the recent traditions of the Rastafarians, by including lengthy chapters on Islam and India. Nay, more! In this book, Bennett turns most of the world’s dominant religions around to look at what they have buried in their past in an attempt to separate themselves from nature and, in so doing, become civilized.

Cannabis and the Soma Solution helps readers understand how the cannabis plant first became known as the Tree Of Life and Soma, in the West and East respectively, before falling into disrepute. 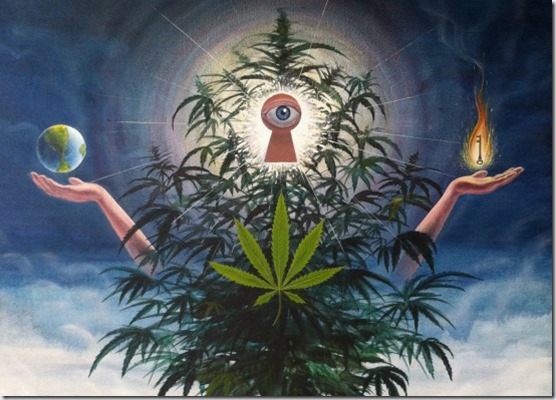 Before building evidence in favor of cannabis being the most widely used plant/drug/angel used for health and spiritual enlightenment, Bennett tears into the theories prescribed by Gordon Wasson in his book Soma: Divine Mushroom Of Immortality. Though Wasson’s book is full of errors, omissions, and fabrications, when it was published in 1968 it was embraced by ethno-botanists and hippies as gospel. Reading the first few chapters of this book will convince even the most dedicated lovers of psychedelics that mushrooms were not likely the source of Soma, as Bennett points to many sections of the Rig Vedas that could not possibly refer to a fungus but certainly could be discussing cannabis.

After dismissing mushrooms as the source of Soma, Bennett lays down ample evidence that cannabis was the plant/drug/angel most commonly used throughout the ancient world, except for the Americas and Africa. Claiming the nomadic Scythians spread the seed from China to Europe, Northern Africa to the Ukraine, he explains how the cannabis plant was used by various cultures as it became as diverse as the humans that traded with it.

Chapter by chapter, Bennett shows how cannabis influenced the religious and economic activities of the Chinese, Greeks, Persians, Assyrians, Babylonians, Sumerians, Scythians, Egyptians, Mesopotamians, Indians, and Islam. Using fascinating images and stories, he walks readers through history and across continents to weave a tapestry of history that is filled with vitality, wealth and knowledge brought forth by the cultivation of the cannabis plant.

Perhaps even more fascinating than the ancient uses of cannabis is the fact that this herb has been the condemned throughout the lands where it was once worshiped as the Tree of Life, or, in some cases, a god itself. In this regard, Bennett has done an exceptional job explaining why and how cannabis was prohibited in Christianity, condemned by Buddhists and almost completely ignored by Islam.

His research for this book into Soma lead Bennett to discover how the Buddhists managed to stop people from using Soma by convincing them to stop paying the high fees the Brahmin priests were charging to preform elaborate ceremonies that would turn bhang into Soma. This expensive rite is similar to the process Catholic priests use to turn wine into the blood of Christ. So while Soma disappeared with the Brahmin religion, cannabis has continued to be used as bhang, a favourite drink of Shiva.

It does seem strange that no mention is made of the book written by Dead Sea Scroll historian John Allegro, The Sacred Mushroom and the Cross. Maybe Bennett is saving up his ideas about those theories for another book. While I have no doubt he would rip Allegro apart, I would enjoy reading his comments about that work. 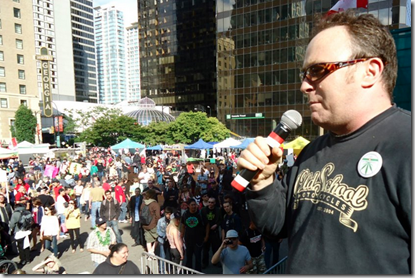 Having been raised in the United Church (or Christian Light as I like to call them), Bennett’s work has helped me understand the roots of my spirituality, the history of my culture, and the potential for cannabis to heal.

Bennett is in a league all his own. With this masterpiece, Cannabis and the Soma Solution, Chris Bennett has turned accepted history on its head. Just as Darwin received credit for proving the natural world was evolving and inter-related, one day Bennett may well be known around the world for revealing cannabis as Soma and the Tree of Life.

Read the full issue of the Cannabis Digest as it was meant to be seen.

by Ted Smith One of the dilemmas in the cannabis movement in Canada has been the tension that is occasionally felt between medical and recreational cannabis users. We must learn to work together more often if we want to see change happen. That does not mean we should all have the same agenda, but we […]