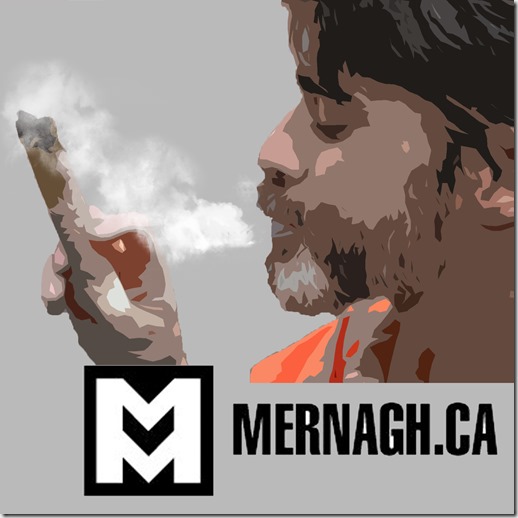 Gardening relaxes me. Even when I’m a little tired, or even plenty tired, there’s always a little time for my marijuana plants. Besides watering and pruning, I perform pilates and mediation. It’s important to stretch before performing manual labor. Especially if you are a chronically ill person who doesn’t get around very well. Meditation and pilates are not your typical grow chores, but both are beneficial to yourself and your plants. There’s nothing better than inhaling an oxygen enrich environment plants create while meditating. I feel a symbiotic relationship with nature by providing necessary C02 every time I exhale.

During the three years bail that prevented me from growing my own, I did my meditations or read a book in Allan Gardens—Toronto’s free greenhouses—frequently, and especially in cold sunless winter months. When you first walk into a greenhouse or open your grow room door, take a deep inhale. Did you notice the difference in your lungs?

Healing doesn’t just happen after we’ve harvested, cured, and inhaled the finished product. It happens all through the plants growth stage when we grow our own. From seedling to inhaling, many gardeners are finding relief tending to their crops because their grow rooms have become healing gardens.

Much like medicinal marijuana, the healing garden’s role in health care has been greatly diminished in the last several decades—after centuries of dominance! However, a resurgence is underway with studies showing that patients heal sooner when they have access to nature via healing gardens. It shouldn’t come as a surprise some medicinal marijuana growers are using their gardens as healing spaces.

Positive vibes for your plants is created when using your grow room as a healing garden. Plants respond to this added attention. Loving attention doesn’t come in a bottle, but it is a key to grow room success.

There are numerous reasons why we have a right to grow marijuana, but this is by far the most convincing to me. Growing your own medicine is part of the healing process. Not just the end product! Tending to crops removes the stresses illness causes. A bonding relationship is created. 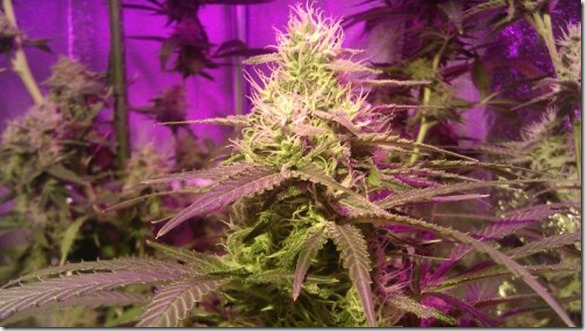 Marijuana Strain Variety is the Spice of Life

For many medicinal marijuana patients a specific cannabis strain is important at controlling their illness. They’ve found or are still searching for the one phenotype their illness positively responds to.

Personally, I find, like pharmaceuticals dosages, my body adjusts to a strain over time, requiring more-and-more to get the same effect. Therefore I grow a variety of indicas, sativas, and hybrids to manage my fibromyalgia, seizure disorder, and chronic pain from scoliosis.

Until recently, government researchers and prosecutors argued all cannabis is the same. Now it appears they’ve accepted that there are numerous varieties. During the R v. Sfetkopoulos hearing—the court case opening Health Canada’s program to multiple patients per grower—the fed’s position was that all cannabis is created equally. Clearly they haven’t been to my modest 5×5 grow tent that holds over 15 varieties! A quick look at the leaf and plant structure demonstrates not all cannabis is created equally.

Prairie Plant Systems, the official provider of Canada’s medicinal marijuana, only sells one strain. No one can say what it is. The seeds Health Canada sells come with no information whatsoever. Not even flowering time. Every seed holds a uniqueness that only germination will reveal. Even amongst stable strains, some seeds will have a stronger genetic code, allowing them to perform better. Whether it’s slightly taller, bushier, fatter, or denser, there’s something that separates them from their siblings. Not all plants are created equal.

Many growers are hooked on popping any seeds they come across, from high end expensive genetics to bag seed, to see what happens. Stoners swap seeds with friends to create their own strains only a few potheads will ever have an opportunity to sample. They argue amongst themselves, and preach about how their finds are better than anything store bought.

We don’t need to get to the technical level to know there are numerous varieties of cannabis. Sativa strains are lankier with thin narrow leaves. An indica is short, squat, thick stalked, with broad fat leaves. The medication they create is as dramatically different as their look. A sativa provides an uplifting “getup and go” effect, while indicas are more sedating, sluggish, and pain relieving. They’re completely opposite. Could a reason cannabis is beneficial for numerous illnesses be because there isn’t just one kind of marijuana? Obviously.

Strain variety is important because illnesses are different. The depressed person is seeking something dramatically different than the person with cancer because their symptoms are different. On the surface, a sativa is perfect for depression or mood disorder, while someone with pain issues is seeking an indica. I’ve been doing personal research into “white” marijuana strains to cope with my fibromyalgia symptoms.

Prohibition prevents the majority of people who use medicinal marijuana from knowing what type of cannabis they’re buying. Outside of compassion clubs, where are you going to have access to strain selection? The bulk of dealers are take it or leave it.

Prairie Plant Systems, previously the sole official provider of med pot, had a street dealer attitude. Take their bud or leave it. When confronted on their lack of variety, the private company pointed the finger at Health Canada restrictions. These restrictions have been removed under the government’s proposed changes. It’s a classic give and take. Here’s some strains, but they’re removing personal production licenses. Commercial producers will supply everyone, while offering multiple strains. 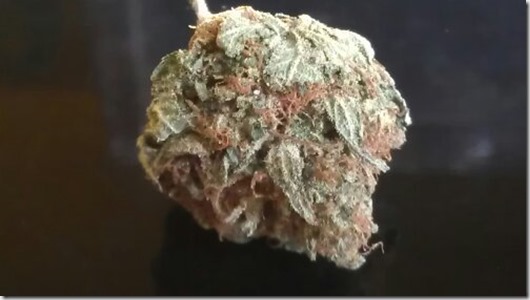 There’s no information available on income levels of Health Canada’s medicinal marijuana licensees. If a study were done, I’d be surprised if their average income level breaks the poverty level. In 2005, less than half of disabled people were employed. Over sixty per cent relied on provincial disability programs. According to Stats Canada, disabled people “were not only at greater risk of having low income, but also of persistent low income, and their lower attachment to the labour market had the strongest impact on their persistent low income.”

Growing your own medicine saves a great deal of money. By removing this opportunity, who is going to bare the costs of medicinal cannabis. People are suggesting their provincial disability programs. My prescribed medications are paid for by the provincial drug insurance program. A small dispensing fee of $2 is charged to me by the province, but the drug stores, wanting my other business I guess, pick up the tab.

Provincial overlap will create a whole slew of new problems for med pot people. Cash strapped provincial programs may or may not pay for med pot. Nova Scotia started, too, but then stopped. The provincial program also purchased grow-op equipment for a legal grower. Currently Ontario is spending about a billion dollars on Oxycontin and other opiate based medications and treatments. Better access to medicinal marijuana and diversion of money from pharma opiates to natural medicinal marijuana would have a dramatic impact both financially and societally. Pressure on provinces to perform is going to create a new form of political friction. 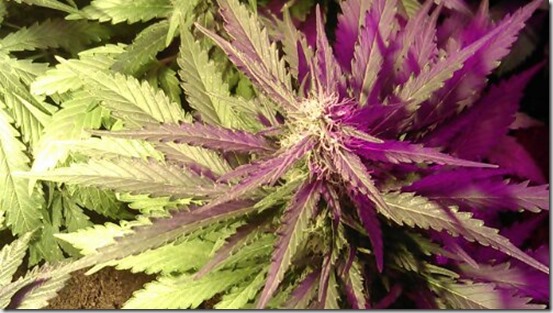 We Have a Right to Grow Our Own Medicine

When constitutional arguments commenced on day one of my trial, Public Prosecutions Canada informed the justice they would not argue our first point of attack, I had a right to grow. They agreed I had a right to grow. If I simply joined the medicinal marijuana program I could access that right. Like everyone I was taken aback, a little shocked, and plenty dismayed when I learned personal production licenses are getting phased out. A complete about face from January. We focused on access, which the changes do nothing to address. Physicians will still be gatekeepers under the new regime and you won’t be able to grow your own.

People with personal production licenses have drawn the battle line. They’re not growing to give them up…easily. What type of public spectacle are we going to have if the RCMP go out and round up people who refuse to hand their licenses over? Given Public Prosecutions Canada backed down once before on the right to grow, would they do it again when presented with a talented constitutional argument?

Now they have power, the Conservative government is prepared to bully us regardless of court rulings and the Charter. There’s very little to stop them, other than people power. Rising up against a bully is never easy. We have to stand up to bullying.

Matt Mernagh assembled a team for a landmark constitutional challenge, R v. Mernagh, which demonstrated Canadians had little access to medical marijuana. Victorious on an optimistic long shot,  Mernagh became known as the person who almost made marijuana legal. Matt is a champion to medical marijuana patients across Canada and around the world, and has parlayed this work into a successful career as an author, a public speaker, columnist. He makes semi regular appearances on radio and television in the Toronto area.

HOW TO CREATE AN IMMERSIVE STONER DINING EXPERIENCE AT HOME

The compound in Cannabis called Cannabidiol or CBD is causing a great medical and political debate about Cannabis. CBD has proven to be a near miracle medicine as it does not cause a high or euphoria and has apparently great medical potential in multiple applications all with unheard of safety in human use. CBD is […]