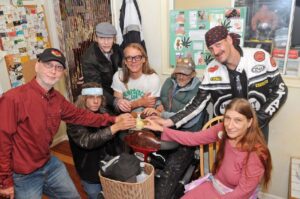 Since the late 1990s, indoor cultivation of marijuana has been a constant focus of attention by the RCMP units that comprise the civil police for 62 out of 74 of BC’s municipalities.  Through their reports, these units supply the crime information most heavily relied upon by mainstream media.  In this way, they paint the portrait […]

By Owen Smith The selection of vaporizers available to the general public has multiplied rapidly over the past decade. ‘Electronic cigarettes’ have become so popular that the Oxford English dictionary proclaimed ‘Vape’ as 2014 word of the year.  As an alternative way of acquiring the active compounds from a plant, vaping provides a less harmful […]

Help the VCBC get an Exemption!