Deprecated: The $control_id argument is deprecated since version 3.5.0! in /home/oq5ayjaeetjt/public_html/wp-content/plugins/elementor/modules/dev-tools/deprecation.php on line 304
 A Word to the Cannabis Medicine Makers - Cannabis Digest
Skip to content

A Word to the Cannabis Medicine Makers: My Talk to the Vancouver Island Chapter of Women Grow

Much is heard today about the practice of networking. Business and tech magazines encourage us to network. Networking helps us to find useful associates and ways to boost our products in the marketplace. If we wish to take this practice seriously we network formally by attending business conferences, for example. Conferences provide panels of experts; workshops; spaces for exhibitors’ displays; and time periods for registrants and participants to exchange contact information. These events come at a cost. Conference-goers can pay anywhere from $30.00 to over $1000.00 depending on what is offered. Motivational speakers are a common part of this scene; so are the sponsors, family members, and volunteers that make up its non-commercial side. The well-networked entrepreneur is optimistic and hyper-focused, with near super-human qualities, or something like them. At least that’s the image that emerges for me when I try to put this scene together. 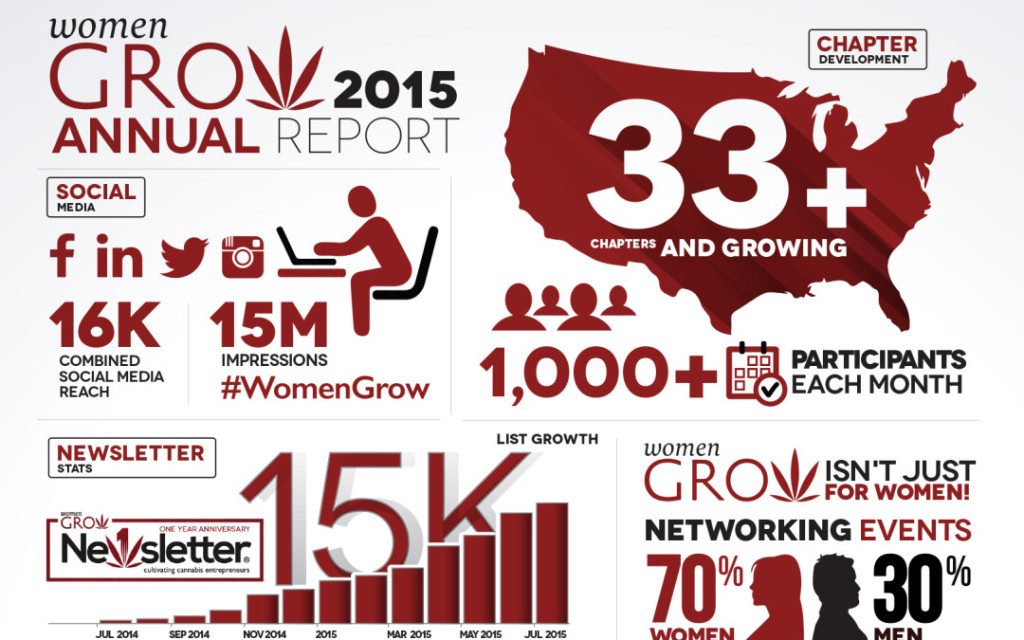 Networking events for cannabis businesses work in much the same manner. This past Thursday March 3rd, I had the opportunity to speak at a networking event put on by the Vancouver Island Chapter of Women Grow. The event took place at Warmland Medicinal Cannabis Centre, a charmingly attractive medical cannabis dispensary in Mill Bay, BC. It was the group’s inaugural meeting. I had recently learned that women make 80-90% of the medicinal extracts and edibles available in dispensaries in BC, and that a sizeable number of active medicine makers live in the Mill Bay area. I had found this news startling, and looked forward to the opportunity to meet and speak with this group. Gill Polard, founder of the Vancouver Island Women Grow Chapter has stated that the chapter hopes eventually to hold its events at larger venues, and to attract high profile speakers. Whether Thursday’s event benefited the registrants in the manner described above, I can’t say. In any case, I confess that I am hardly the person to comment. I have a curmudgeonly, mildly monastic disdain for motivational speeches, and keep by my bedside a copy of Oliver Burkeman’s, The Antidote: Happiness for People Who Can’t Stand Positive Thinking. I thus leave it to future commentators to decide if this networking group turns out to provide what cannabis industrialists need.

The members of the audience, I am able to report, were serious, attentive, responsive and lively. They also proved easy to talk to. Here is what I said to them.

I am a researcher, and one of my interests is normalization. I am especially interested in understanding what stands in the way of cannabis fans getting to know and befriend prohibition-minded citizens. Each of us, as I see it, is ensconced in a circle of colleagues, acquaintances, friends, and family. Some of us have grown up in circles where no one has ever had anything directly to do with cannabis, and where the attitude to cannabis, if expressed, is not charitable. The majority of these, as they move into the adult world, find themselves attracted to people who echo what they’ve always heard and felt. We call this process ‘selection bias.’ People with anti-cannabis selection bias are handicapped in two ways. They are not fully aware that they have a bias; and they are entirely vulnerable to what they see, hear, and read in the media. If the mainstream media culture shares the same selection bias, it remains vulnerable to what it hears from standard news sources on cannabis. In a prohibitionist culture, authority to speak on cannabis rests with law enforcement. In Canada that’s the RCMP, and more recently, a handful of BC fire chiefs. They are neither chemists, nor doctors, nor specialists in public health. For them cannabis use as a criminal act, and they spare no words to present it in the most unflattering, dangerous terms. Put this scene together, maintain it for four generations, and you have what we have: selection bias writ large. 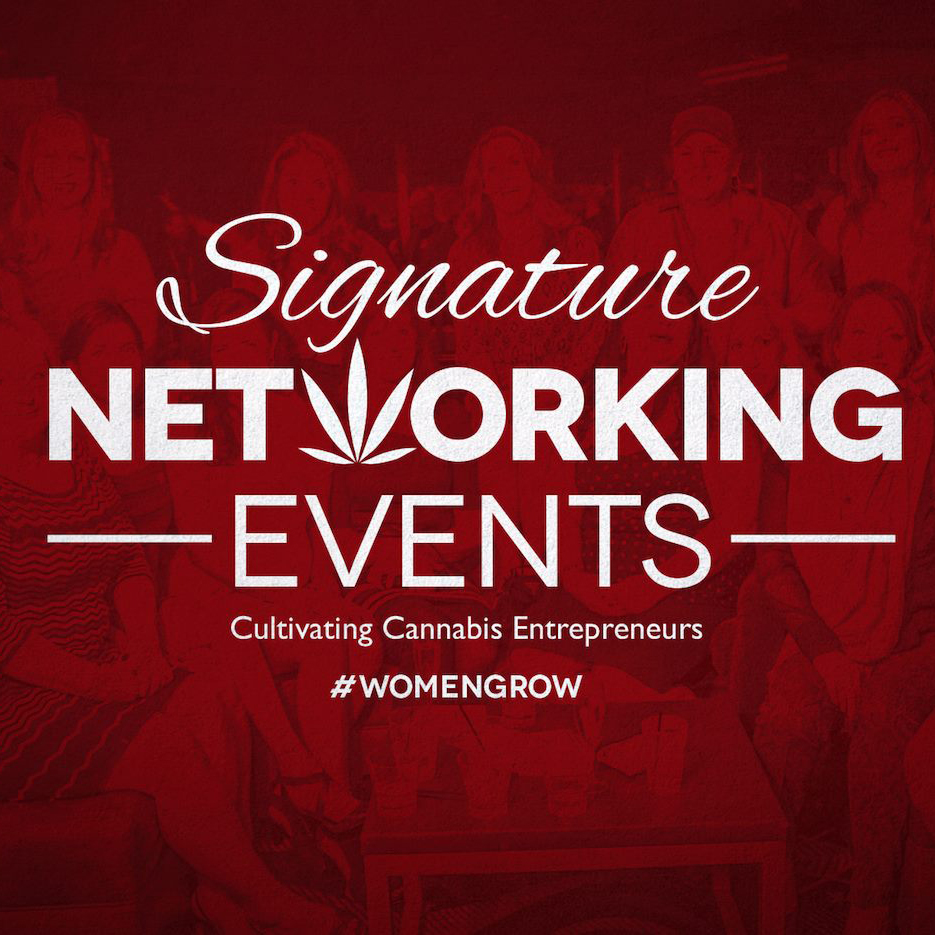 It takes a major event to shake up bias that runs this deep. Miraculously, Canadians have experienced four such events in the last 8 months. On June 11 2015, Owen Smith, our colleague and trusty blog reviewer, won a Supreme Court of Canada decision that allows Canadian patients to use cannabis extracts. Last October, Canadians elected a Prime Minister who has promised to legalize cannabis for recreational use. In the past 3 months, four BC city councils, over the screams of anti-cannabis hysterics, have come forward to license medical cannabis dispensaries. And last week, a BC Federal Court Judge pronounced it unconstitutional to deny patients the right to grow their own medicines. This recent judgment carried an additional benefit. It debunked the views of two of BC’s, and Canada’s, most notorious, longstanding authorities on cannabis: Surrey Police Chief, Len Garis, and RCMP Officer, Shane Holmquist.

Public perceptions have had to change. One would be hard pressed to find a Canadian adult today who does not know that legalization is on the way; that there are patients who use cannabis, and whom the courts take seriously; that there are people who are entitled to grow cannabis, whom the courts take seriously; and that there are medical cannabis dispensaries here and there, whom local levels of government take seriously. If we were to translate this information into places on a map in the public mind, we would see areas labeled PATIENTS; EXTRACTS; HOME GROWERS; DISPENSARIES; and LICENSED PRODUCERS. Beyond these would be uncharted lands called merely, THE BLACK MARKET. Most Canadian still have little clue what this phrase means, much less that these lands include me, and the Cannabis Digest crew, and Women Grow, and the members of Thursday’s audience, and so on. They are still inclined, I suspect, to imagine predators, maniacs, and drug lords.

But if patients, home growers and dispensaries are now on the map, this is an excellent time for Canada’s medicine makers to begin to make themselves visible. They too should begin to form part of the public’s mental map. Networking with one another may help them to get on with their work. But more urgent, in my view, is the need for something of a different quality. Here’s what I would really like to see happen.

I’d love for the medicine makers to create or acquire a community liaison committee. I’d love for that committee to arrange for small delegations of medicine makers to present themselves and their work to the ‘legitimate’ business and professional community. They could, for example, make formal presentations at meetings of women’s business associations. They could go exploring. Who knows what sorts of groups would be open to meeting them? In the interests of gaining visibility and eliminating bias, the liaison committee could approach associations of counselors, psychotherapists, and psychologists; associations of other health professionals, like nurses, for example; unions; sympathetic local Members of Parliament, sympathetic local Members of Provincial Legislatures of all parties; even church groups, if they’re interested. Conversely, Women Grow should consider strategic invitations to prominent members of these groups.

The purpose of these meetings would be neither to promote business, nor to create progress of any material sort. It would be rather, for groups hitherto alien to one another to get to know each other, even a little. A well presented talk on medicine making; what the medicines treat; how they are tested, and how they are distributed would be an amazing thing for any group to hear. It would alter perceptions of the mysterious Black Market. And it would start to create bonds that would leave both them and the general public less vulnerable to the waves of misinformation that almost lost patients the right to grow medicinal plants. 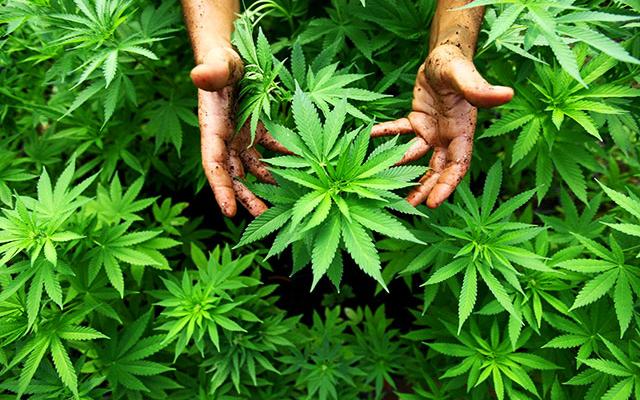 These thoughts bring me to my last point. Federal Liberals created the MMAR, a set of regulations that permitted patients to have personal gardens. Then federal Conservatives attempted and nearly succeeded to have these gardens stamped out. Now the court has ruled in the patients’ favour, and another Liberal party is charged with finding a way to regulate gardens. Will it comply? Will it appeal? Who knows? The fact is: federal governments come and go, and anyone who builds a structure with the feds as key allies is not building on solid ground. We need social bonds. We need people to know one another. That’s the solid ground. If the candidates for LPs had met and gotten to know the Beard Brothers, and similar MMAR growers, visited compassions clubs, and met their clientele, Health Canada would have had a difficult time persuading them that this entire cohort was comprised of irresponsible and dangerous persons. It would have been difficult to convince prospective licensed growers that 40,000 home growers, and hundreds of dispensaries plus their dependent patients could, by edict, be wiped off the landscape, dumped into the trash, and simply replaced. That happened, or almost happened, because of selection bias. People just didn’t know one another. They still don’t. The goal, thus, is to become acquainted.

If Mr. Trudeau presents legislation for a regulated system of legal cannabis sales that we can live with, or alter, we’ll be glad. But there is little point in spending much time spinning out theories on what they’re up to, and how long they’ll be at it. And frankly there is more important work to be done. The law can only take us so far. If patients and cannabis fans wish to stop being cast as THE CREATURES FROM THE BLACK LAGOON, they must find local, personal ways to make themselves known. Otherwise all manner of things can be said against them, and we’ve all had enough of that. Ladies, if you’re making excellent medicines, tell the world, one group at a time. You’ll be nothing short of amazing.

It’s unusual to meet another Kyla. While the name has gained some popularity in more recent years, I still remember as a child wishing for a recognizable name like Jennifer, or Julie. There were lots of girls in the Jenny club. Kylas were rare. Years would pass between meetings of other Kylas. New introductions inevitably […]