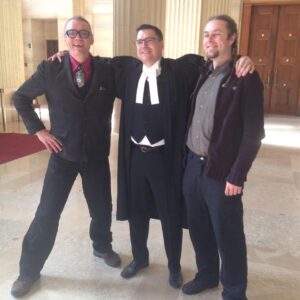 2017 promises changes that border on the torrential, some good, far too many, bad. Astoundingly good is the promise of Cannabis legislation in Canada, or at least new steps in that direction. Not good is the Trudeau government’s demonstrated sympathy with Canada’s hyper regulated, hyper securitized Licensed Producers, set, if they get their way, to […]

In this series we sit down with Ted Smith and Dr. Dave Hepburn to discuss the medical intricacies of cannabis. Ted Smith is the founder and president of the Victoria Cannabis Buyers Club. Ted has been an advocate for medical cannabis, compassionate access and patients rights for 25 years. Dr. Dave Hepburn is a Canadian […]