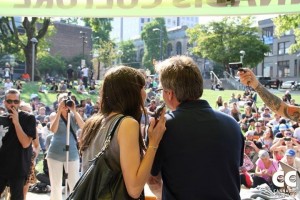 He is finally back in Canada.  After serving a 5 year sentence for selling seeds, Marc Emery has been released and just spent his first night back on Canadian soil.  His wife Jodie is obviously thrilled, as their future looks pretty green. No one can predict how much fame and fortune Marc will acquire now.  […]

It is difficult to write a cheery note in the midst of raids on dispensaries, relentless arrests (some 60,000 at last count), and the stress imposed on Canadian patients, trying to find sympathetic doctors, just too few and too far between. It is hard to feel uplifted when newfangled racketeers, who charge patients three to […]