Deprecated: The $control_id argument is deprecated since version 3.5.0! in /home/oq5ayjaeetjt/public_html/wp-content/plugins/elementor/modules/dev-tools/deprecation.php on line 304
 the Triumphant Return of Marc Emery, the "Prince of Pot" - Cannabis Digest
Skip to content 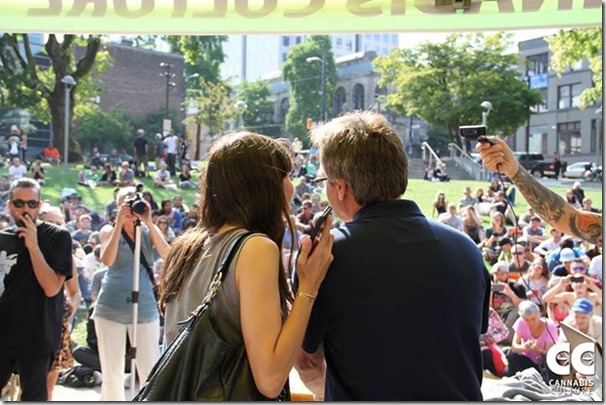 One would need to be blind drunk to have overlooked the triumphant return of the “Prince of Pot” Marc Emery to Canadian soil.  Media coverage has been overwhelming.

Some pundits are wondering if Emery will be an asset or a liability to Justin Trudeau and the Liberal Party, who have proposed legally regulating cannabis. (1,2) Will the Conservatives cynical guilt-by-association logical fallacy gain traction? (3)

Cannabis activists Matt Mernagh has asked how “relevant” Emery is to the movement to free the weed, given how much has changed since Emery began serving his nearly five-year prison term in the United States. (4) 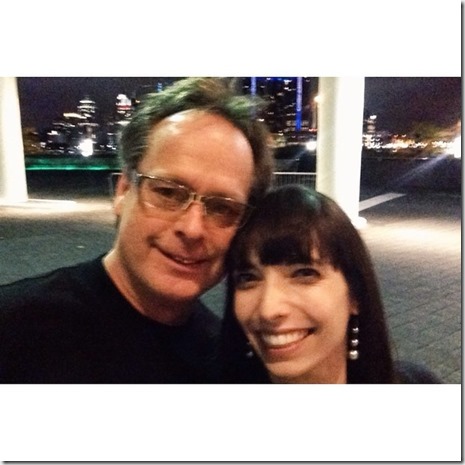 (The Emery’s first selfie since Marc’s Release from prison)

Others are asking if Emery is “still the best face of Canada’s marijuana movement?” (5).

The questions are largely academic, because even though Emery sometimes calls himself the leader of the Canadian (or international?) cannabis law reform community, he was not elected to the position, and we have no mechanism for choosing our spokespeople. One might as well ask if Cheech and Chong have helped or hindered the cause.

One thing is certain, the media can not seem to get enough of Emery, in part because he is provocative, and he has a talent for generating rapid-fire, eyebrow-raising, click-baiting, sound bites.

I came to the conclusion long ago that there is no “best” face nor a best argument for cannabis law reform. 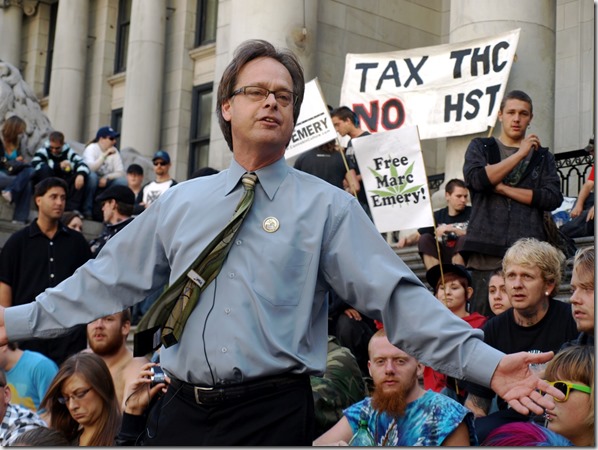 In a recent radio interview, Mark Haden, adjunct professor at the University of British Columbia School of Population and Public Health, was asked about Emery. (6) Haden replied, I think rightly, that Emery is mostly concerned with the civil rights impacts of prohibition. I would add that Emery usually makes libertarian arguments, being a fan of Ayn Rand. These arguments resonate with people who care about civil rights and/or have libertarian leanings, so they tend to appeal to both the far left and the far right, at the risk of alienating the middle.

Some fail to see the civil rights impacts of prohibition, or do not understand what rights are being infringed, (Canadian Charter of Rights and Freedoms, Sec. 7), or believe that cannabis consumers are sub-human and undeserving of civil rights, or feel that law and order, conformity and virtue trump “the right to get high.”

The socially conservative right reject the legalization of cannabis as an admission of defeat in the culture wars, a concession that the hippies were right about something. Or maybe a stoner stole their girlfriend in high-school.

Some are not sympathetic to the libertarian perspective, which is essentially “Show me a victim and I’ll show you a crime.” Sometimes libertarians make the personal autonomy argument, as in “I have a right to put whatever I want into my body,” also known as the “harm principle.” (7) 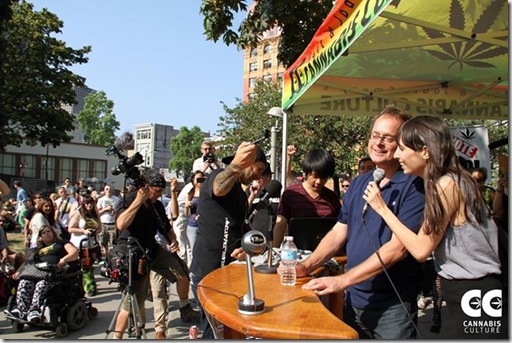 Alas, some people count the friends, family and employers of cannabis consumers as victims, or the people who live next door as victims, or minors as victims, etc. The Supreme Court of Canada has identified “vulnerable groups,” including minors, pregnant women and people predisposed to psychosis.

Many think we are arguing over whether or not cannabis should exist, as opposed to debating what might be the optimal (not utopian) regulatory model for minimizing the costs and maximizing the benefits of cannabis in society. Alas, many reformers take the bait and the argument gets stuck in the cul-de-sac of how harmful cannabis is or isn’t to consumers, as though prohibition would naturally follow if cannabis is exceptionally harmful, and legalization would naturally follow if cannabis is relatively safe. 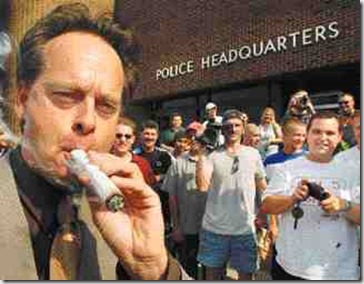 Emery is sometimes accused, perhaps justifiably, of hyperbole, of being over-the-top. For example, the media have attempted to discredit and marginalize Emery for likening himself to Gandhi and Rosa Parks.

Not that I am equating Marc Emery and Muhammad Ali, but the self-proclaimed “greatest” boxing champion in history was great at getting attention. Ali also faced criminal charges, public condemnation and ridicule and was stripped of his crown in his prime for standing by his principles.

More moderate advocates of cannabis law reform, such as Prof. Mark Haden, and his co-guest on CBC Radio, Dr. Evan Wood, garner a small fraction of the media attention that Marc Emery attracts.

In “Drug Warriors and Their Prey: From Police Power to Police State”, Richard L. Miller makes a persuasive case that drug prohibition has many similarities to Nazism and the holocaust. (8) However, it takes a skilled scholar and a large book with pages of citations and footnotes to make the comparison without appearing paranoid and delusional. Miller is right, but he too is perhaps not the “best” face for cannabis law reform, nor are his arguments the best suited for sound bite debates.

All of that said, Emery makes more moderate reformers seem mainstream by contrast. He pushes the envelope of what seems hyperbolic, paranoid and delusional, and in so doing, in an odd way, normalizes the cannabis debate. It is sort of like the “good cop, bad cop” strategy employed in interrogation rooms.

8) “Drug Warriors and Their Prey: From Police Power to Police State”
by Richard L. Miller, 1996.

By Owen Smith The long road of trials that made up the six year RvSmith constitutional challenge was about as successful as such a legal quest can be.  The Supreme Court of Canada delivered a landmark ruling that affirmed patients rights to choose a logically safer form of their medicine.  I was found not guilty and the […]

Survey #2 Establishing a Safe and Responsible Production System GOVERNMENT LINK Production Model: Experience with both home cultivation and government-controlled production in the context of relatively small numbers of medical users suggests neither approach would be in the public interest in the context of the larger numbers of users expected in a legalized market. Therefore, […]

(important note of caution: Coconut oil is known to break down condoms and the surface of adult toys that can lead to bacterial infections)  Shal Friesen An educated review of Miss Envy Canna Sutra by an island gal When it comes to personal and intimate lubricants, you want to ensure that what you are putting […]