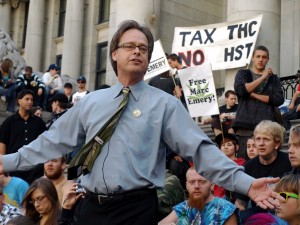 Publisher’s Note: Do It NOW!

Ted Smith We need your help. The planet needs your help. Now is the time. Here is the plan. As long as cannabis is prohibited, many problems will continue to drain our communities and environment. There are three fronts on which this battle is being waged: hemp, recreational use, and medicine. While many choose to […]