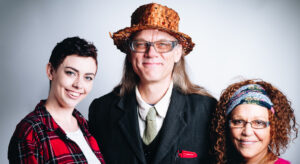 Check out this short Video I put together of the footage of Hempology mascot Herb running the Times Colonist 10K marathon. Big thanks to the Bong Station team and the Photo and Video takers. Despite getting a late start, and it being a windy day, Herb hit the bong and ran the Marathon: An amazing […]

(This is Part 2 of a 3 Part series on Cannabis in Ireland Read Part 1 Here) Owen Smith Despite claiming independence from British rule in the 20th century, the Republic of Ireland’s approach to cannabis prohibition has remained in step with the Empire. The Misuse of Drugs Act was created in the 1970s, and […]

An excerpt from the book Cannabis and the Soma Solution (Pt.2) By Chris Bennett ..cont. from Cannabis Digest Issue 24 This British agenda in India, fit in well with contemporary medical views about what constituted insanity. In Madness, Cannabis and Colonialism: The ‘Native Only’ Lunatic Asylums of British India, 1857-1900, James Mill’s explains. The constant […]