Deprecated: The $control_id argument is deprecated since version 3.5.0! in /home/oq5ayjaeetjt/public_html/wp-content/plugins/elementor/modules/dev-tools/deprecation.php on line 304
 The Passionate Life of Dean Schwind - Cannabis Digest
Skip to content

Everyone should strive to live a life worth living, with conviction, grace and honour.  My dear friend Dean Schwind passed away on July 13, 2016, knowing full well that he had lived a good life, packed with love, adventure and righteousness at the highest levels.  For those of us left behind, it is now up to us to see that his ideals are turned into foundations.

Born in California on Sept 6, 1962, Dean moved to Ottawa with his family.  As a young man he studied Communications, a.k.a. media, at the University of Ottawa, and then ventured out West.  His love of the herb got him a job at a Victoria BC hydroponic store in 2000, where the love of his life, Lilli White, caught his eye.  Apparently the feeling was mutual, as according to Lilli, “I fell head over heels in love with him.” 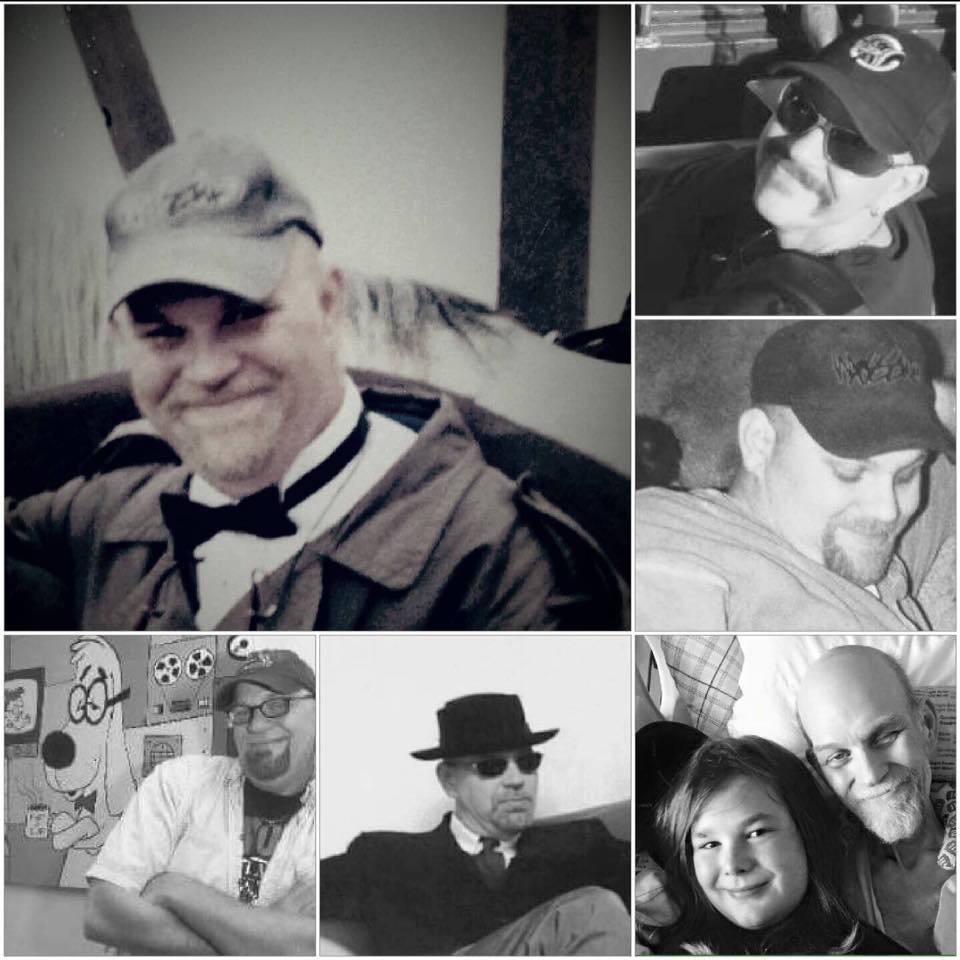 That is when Dean came into my life.

Lilli had been a friend almost since I arrived on the island.  She knew I needed good medicine for patients and helped get us together.  It would have been a normal relationship between a grower and the Victoria Cannabis Buyers Club, but Dean had something else going on the side that made things very interesting.  Dean, also known as Sticky Kola, was the lead singer in a wicked ska band known proudly as King Bong.

With a couple of other bands, Dean and King Bong threw a Santa Cannabis benefit at a downtown Victoria bar that is still unparalleled in town in terms of the amount of herb smoked inside a licensed establishment.  Gayle Quin took a shine to the band and attended every concert possible.  King Bong had such a fun vibe that there were always people dancing to their music, no matter how small the crowd.

One dark day in 2003, Dean and his family had their lives interrupted when police raided their home and laid charges for cultivating.  Our lawyer, Robert Moore-Stewart, who has since also passed from cancer, was able to prove the police had lied when obtaining the warrant.  He showed the judge that it was impossible for the officer to have made the observations he used to get the warrant, unless he had been illegally trespassing.  All of the charges were dropped, and Dean eventually testified in hearings that disciplined the officer, as he had been caught lying in a few cases.

After being busted Dean came to work at the front desk of the VCBC.  His charm and wit were endearing, and it was not long before he was one of the main pillars of the organization. 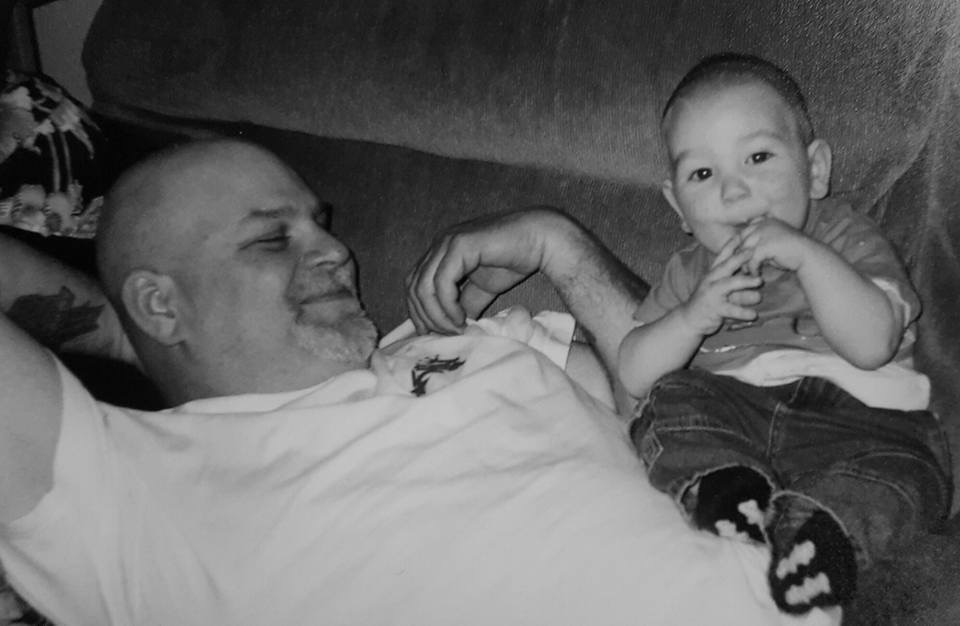 In a crazy attempt to make some money, Dean, Gayle and one other former staff person who shall not be named, schemed together to start a cafe for dogs.  Gayle made medicinal dog treats- and plain ones- and a space was secured on Hillside Avenue.  Pup and Cup, as the cafe was called, wasted thousands of dollars and cost many tears before falling apart.  After that disaster Dean and Lilli left for Ottawa to be with family, bringing their son, Lou, who was born in 2003.

It was 2010 that cancer first struck him.  After being diagnosed with cancer in his tongue, the chemo/radiation he needed used such harsh chemicals that it blew a hole in his lower bowel, forcing him to wear a colostomy bag.  Being in Ottawa meant he had little access to good cannabis, and he had little choice but to place himself in the hands of the medical system.

On April 1, 2014, the federal government cancelled the existing medical cannabis program, the Marijuana Medical Access Regulations, that allowed patients to grow their own, and replaced it with a commercial system called the Marijuana for Medical Purposes Regulations.  With sponsoring from my good friend, Budderking, we organized a press conference and rally on Parliament Hill that day.  Gayle and I stayed with Dean and his family during this time, which was critical, as my love was not able to get out of the house except to attend the rally, and staying in a hotel room where she could not puff would have been very hard on her.

Soon after we left, surgery was performed to cut a chunk of Dean’s tongue out, and replace it with a skin flap from his left arm.  Not wanting to spend his last days fighting cancer in Ottawa, Dean packed up the family and moved back out West, camping at Gayle’s home in Cobble Hill until finding a place to live.  It was great having our good friend, move back and he was keen to get involved in the scene again. 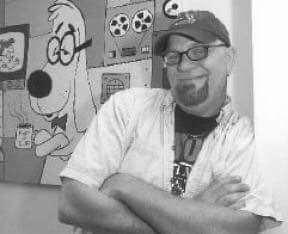 Since he had training in journalism and the Cannabis Digest had grown so much, he was eager to write.  When Phoenix got busted up island in Parksville, I sent Dean to their base in Naniamo to cover the story.  Very quickly he was working there.  His experience and devotion to patients soon found him leading the organization, although taking charge days before being raided by police last year proved to be very stressful.

No doubt the stress was a major factor in the cancer’s return, as by March 2016 he was riddled with tumours and given months to live.  He continued to fight with every ounce of energy he could muster but, as I have learned too often, willpower and love are not always enough to keep a person alive.  Dean lived with much dignity and grace in his last months, fiercely expressing himself on Facebook and in person alike.

Our hearts and thoughts go out to Lilli, Lou and the rest of Dean’s circle of friends and family.  Many of us will feel a huge hole in our lives without him.  Rest in peace my good friend, Dean Schwind.

The Health Canada Hustle; Concentrated Cannabis Oil; Toronto Vapor Lounges and more from the Cannabis Digest this week November 29nd – December 5th, 2014 with Owen Smith Subscribe to the Youtube Channel!   Saturday Al Graham part of a new commercial industry—a business that caters to consumers in a way to allow them to consume […]

[dropcap]A[/dropcap]s the Minister responsible for Health Canada, Rona Ambrose sure looked like the April Fool this year. Instead of Apr. 1, 2014 being the big day for a new commercial medical cannabis industry to take full control of the market, an injunction has thrown off the government’s plan. While no one can know for certain […]