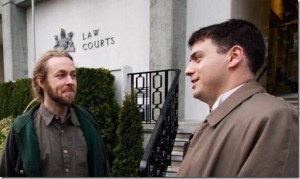 by Ted Smith Well it appears as though I will be writing the “Updates, Etc.” article in each issue now, taking over from my love, Gayle Quin, who is struggling with her health.  She will continue writing a personal note with each issue. (Ted and Gayle coloured Issue 42 of the Cannabis Digest) This newspaper […]

Marc Emery may be in prison, but the powers that put him there have not been able to silence his voice, despite obvious attempts to do so. Emery, the seed vending-activist who was extradited to the U.S. with the Conservative Canadian Government’s approval, has been incarcerated in the U.S. for one year this past May. […]