A Tale of Two Seeds

For years we have been looking forward to the legalization of this amazing plant but let us not forget that low THC cannabis (hemp) is already legal to grow in Canada and has been since May 1998. However, if you or I wanted to grow a bit of hemp, in our backyard or even on an acreage, serious consequences could ensue.

The strict regulations surrounding this incredible plant are restrictive to those producing on a massive scale and with large amounts of governmental oversight. This type of over restriction must not happen to marijuana and it is our responsibility to ensure that any new regulations introduced by the government must allow for home and craft scale production. 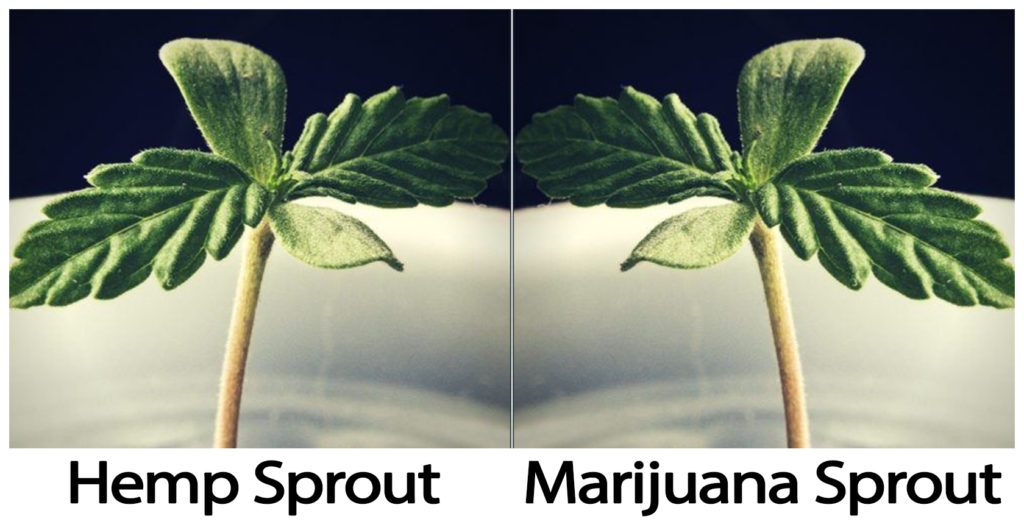 I will begin by contrasting the current legal status in Canada of two types of cannabis seeds, a hemp seed and a marijuana seed. We will talk about the difference between these sister seeds and how complicated the relationship could become between new cannabis laws and current hemp regulations. To conclude, we will discuss how the average citizen can contribute to positive cannabis policy both now and in the future.

Imagine you are holding in your hands two cannabis seeds. In your left hand, you have an Finola (the most popular) industrial hemp seed, in your right hand, a Strawberry Kush marijuana seed. To look at them visually you would be unable to tell them apart. If you planted either of the seeds the resulting plant would grow into a bushy herb about 1-2 meters tall with branching structure and compound palmate leaves. If you ate a tablespoon worth of either seed it would provide you with 3 grams of fat, 2.5 grams of protein, all essential amino acids and a balanced array of omega oils. These small, mottled brown seeds look so unassuming. The hemp seed in your left hand however is punishable by a $10,000 fine whereas the strictest punishment ever dished out for trafficking marijuana seeds was 2 years less a day served in community (Richard Baghdadlian, 2010) and that was for $3.5 million worth of seeds. This does not include the harsh international punishments dished out to Marc Emery outside of Canadian law. 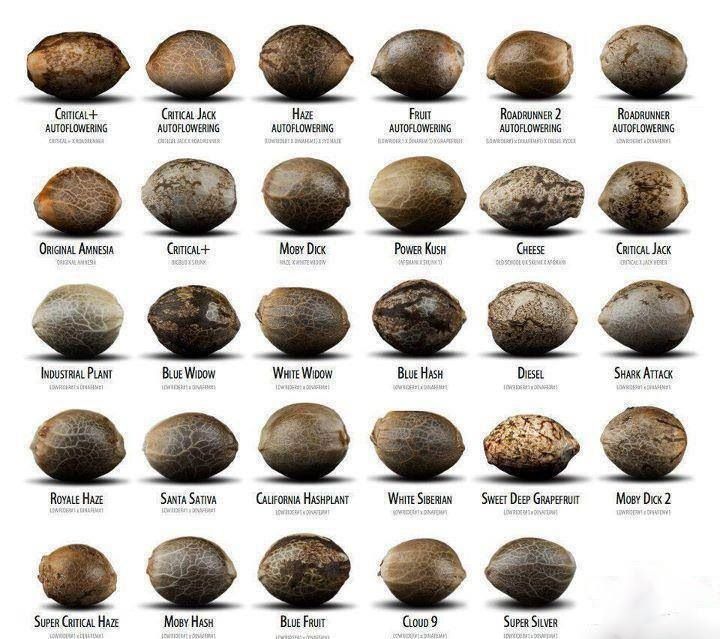 Behold the happy pot seed. It has been gaining in popularity for last half century and since the 1990’s has been openly sold and traded in Canada. Companies like Hemp BC, the Vancouver Seed Bank, Crop King Seeds, and others worked hard to cultivate and protect thousands of unique strains and hybrids. Seed hunters have searched around the globe for historic and endemic strains, known as landraces. These include legendary favourites such as Columbia Gold and Burmese. The stewarding of these varieties has rewarded it’s patrons with unique, award winning strains that come with a hefty profit.

The average feminized seed sells for $10 and one mother plant can produce thousands of seeds. It should be noted that most growers only want female plants and males are often discarded. Traditionally, high quality marijuana has been grown indoors or in greenhouses and that has encouraged growers to breed plants that are best suited for this environment.

Additionally, for many years high THC was the most desired quality. As private breeders pushed their plants to max out on THC other cannabinoids fell by the wayside and balanced cannabinoid profiles became endangered. That is starting to change with the current trendiness of high CBD, low THC cannabis in the medical markets but many unique cultivars have already been lost. These seeds’ evolutionary path has been altered highly by it’s illegal drug status and most of the people in control of the market are small businesses started by ballsy entrepreneurs.

Now look in your other hand at that seemingly identical seed. This seed is industrial hemp. It has a very different culture, law and perception surrounding it, even though it is the same species as marijuana. The Government of Canada defines hemp as Cannabis sativa with THC levels less than 0.3%. While that seed is ‘legal’, one must meet a number of criteria to be in possession of it. These regulations only apply to viable hemp seeds and not to the shelled, toasted or irradiated seeds sold as a health food.

To be allowed to buy or possess hemp seeds one must apply for a permit to exempt them from the Controlled Drugs and Substances Act (CDSA). To be considered for this exemption you must be an ordinary resident of Canada, be over the age of 18, be free of a CDSA conviction for a minimum of 10 years, be 1 km or more from any schools, have a single area a minimum of 10 acres to be dedicated to the crop, and agree to buy new each year trademarked registered seed from government regulated suppliers. The application also requests GPS coordinates for the field to be cultivated, your personal information, and the address of each place where the industrial hemp is to be stored, sold or provided, indicating for each place the form of the industrial hemp.

Once you have successfully grown a crop you must secure it in a locked container or building and keep detailed records of where all seed was acquired, grown, sorted, processed, stored and sold as well as destroy the “branches, leaves and flowering heads by retting or by otherwise rendering them into a condition such that they cannot be used for any purpose not permitted under the Act”. Can you imagine if tomatoes were held to similar standards?

Traditionally hemp was grown across the prairies by homesteading pioneers who brought heritage seed with them from Europe. The quick growing plants could reach heights of 20 feet tall in one season and were much desired by their multiple uses including food, windbreaks, animal feed and bedding, soil conditioning. I have heard wonderful stories about little old farmers’ wives who continued to grow hemp well past prohibition because ‘it was such a beautiful plant’. Sadly most, if not all of these local varieties were lost when hemp was outlawed. According to the government website :

“Hemp production was prohibited in Canada in 1938 under the Opium and Narcotic Drug Act as part of a combined international battle against the abuse of THC and other controlled substances. Although the prohibition was relaxed briefly during World War II when traditional sources of fibres were unavailable, the prohibition was renewed after the war. Since 1961, Health Canada has allowed limited production in Canada for scientific research purposes.”

Like cannabis, dogs have a very flexible genome. Just as a 22-foot tall sativa growing deep in the Cambodian jungle and the 18-inch tall ruderalis struggling on the steppes of Russia seem very different so too do the mighty Mastiff and the tiny Papillon appear seemingly unrelated. Due to a wide variety of gene expressions, both species can interbreed with any other member of it’s species whether or not they appear the same. With dogs this gives us ‘Morkies’ and ‘Labradoodles’, with cannabis we get ‘Confidential Cheese ‘ or ‘Strawberry Girl Guide Cookies’.

The trouble lies in these Labradoodles of cannabis however. If my dog jumps the fence and has puppies with the dog down the road it is undesirable but in the end you just get mutt puppies. But what if my breed of dog was governed by completely different regulations than the dog down the street; what regulations would the puppies fall under? I propose that any of the new regulations the government is going to introduce must include outdoor growing. If the legal marijuana plants in my front yard are cross pollinated by one of the large industrial hemp fields around me and I save the seed, is that still legal seed? 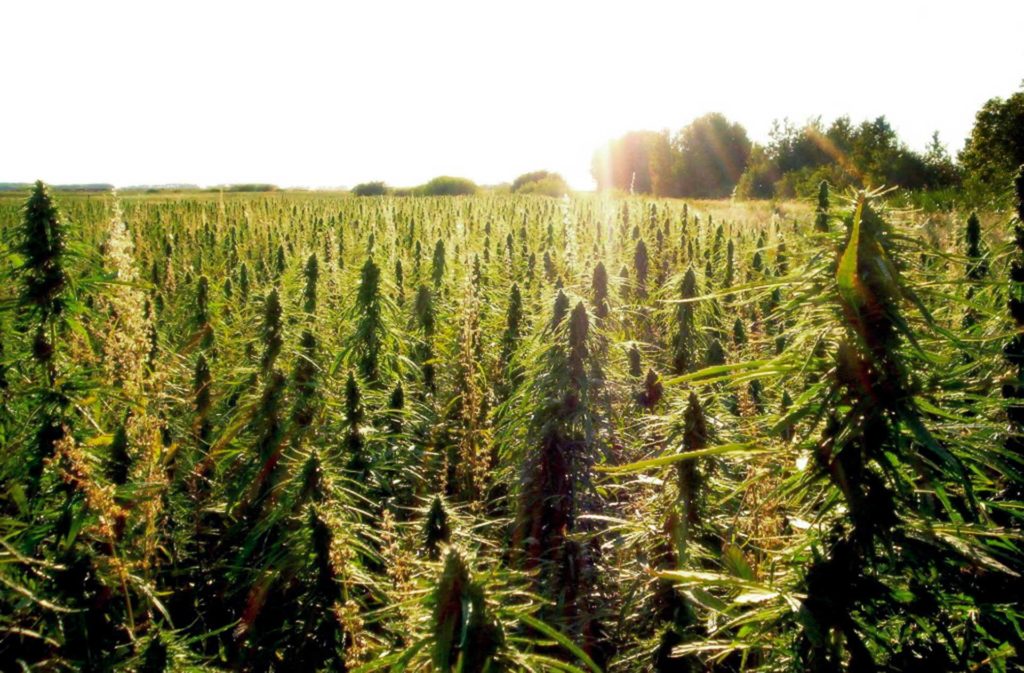 The resulting seeds from this spontaneous, wind pollinated love affair will contain the potential to express any of the traits of either or both genetic lineages. Some of the seeds will make plants that are sticky, potent, fragrant and high in THC. Some of the seeds will produce spindly, high seed producing buds with very low THC but high levels of other cannabinoids including CBD, CBG, CBC, each with it’s own medicinal effects. Some seeds will produce moderate levels of all cannabinoids.

The high CBD strains that are being grown by Licensed Producers and dispensary growers have a lot in common with hemp strains. The old adage that “you wouldn’t get high standing in a field of burning hemp” fails to contemplate the psychoactive properties of any other cannabinoid besides THC and the synergistic effects cannabinoids can have on each other. Hemp oil, seeds and juice are known to be very healing and nutritious and I would imagine that the flowers could be as well if only regulations permitted them to be used in products. Plants with auto-flower genetics have been bred with ruderalis (hemp) to achieve that trait. If regulations were opened up to allow and encourage the interbreeding of all existing strains of cannabis (hemp and marijuana) around the world, seed variety and security would be greatly enhanced.

Cannabis makes a beautiful landscape plant with it’s unique colors and texture. It is an insect and deer deterrent when planted as a border plant. It’s deep taproot can penetrate compacted soil and draw nutrients to the surface, while it’s bushy canopy shades the soil and the surface root system holds soil in place. It’s heavy feeding will help regenerate soil contaminated by heavy metals or industrial poisons. For these reasons it is invaluable as an erosion prevention and bioremediation tool. Not only is it prettier than a lawn it requires a fraction of the amount of water, fertilizer or time investment. Even a small patch could provide enough hemp seed for a vegan to supplement their protein all year. It is a real shame that it is not grown in municipal landscapes and hobby gardens throughout the country. 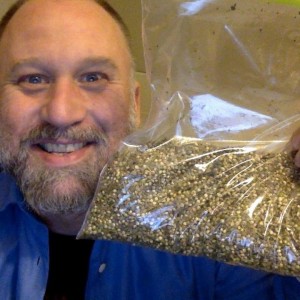 There are many ways to cultivate cannabis in your community. Begin growing out any seeds that you have kicking around. They should be ready to go into the ground around May (depending on your growing region) and remember that it is not cool to let unattended males grow out and pollinate the neighbourhood. When people begin to see that cannabis is just a beautiful plant and not a scary drug it can really change a resistive perspective. If you need seeds or more information on overgrowing the law, check out Dana Larsen’s ‘Overgrow Canada’ campaign at www.overgrowcanada.com.

Next thing you know the whole block will be getting together for trimming parties. Talk to your neighbours, your local and federal politicians, friends and family about how important this plant is to you and to the planet. Participate in the ongoing drafting of legislation by following along with developments and answering stakeholder surveys.

Finally use the cannabisdigest.ca website to network with fellow cannabis crusaders and keep up to date. Happy growing.