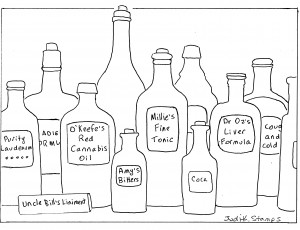 (Image: LiftBlog)   By Owen Smith Last week i reported on the launch of the GoFundMe campaign for our Supreme Court challenge to legalize cannabis extracts. This will be the final showdown.  The wording of the remedy from the BC Court of Appeal has left us asking a few questions, it suggested to our lawyer […]

Backdoor Medicine: How Cannabis Suppositories Can Save Lives

[su_quote]You want me to put that WHERE?[/su_quote] By Nicholas Fraleigh This is a common reaction to the suggestion that cannabis can be used as a suppository. Rectal administrations (suppositories) have an unfairly bad reputation in North America, despite the diverse benefits they offer. This article aims to educate about the advantages associated with the rectal […]