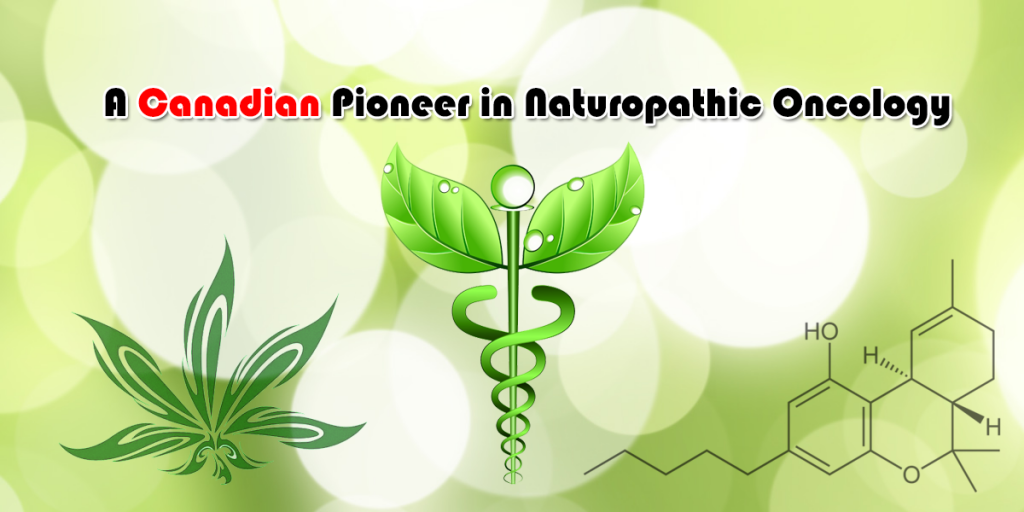 The new reality of penicillin, Alexander Fleming’s discovery of 1928, hit world consciousness during World War II, when it was deemed a miracle.  Surgical techniques invented during the American Civil War, WW I, and WW II began in the 1950s routinely to be applied to cancers, reconstructions, and transplants.  They too were deemed miracles.  But two miracles in a row were intoxicating, and easily followed by a third one, more sinister and less understandable.  Riding high on public esteem and Better Living Through Chemistry, pharmaceutical companies and MDs in the 1950s pronounced themselves the new descendants of Adam, with naming authority for all medicines.  And via elected governments, citizens in every democratic nation allowed them to have it.  By the mid-1950s, as a result of lobbying by Big Pharma and MDs, only four Canadian provinces and five US states had licensed naturopaths.  In the new world synthetic was ‘good,’ natural was ‘out.’  Similarly, longstanding and useful over the counter medicines, including cannabis, were labeled ‘illegal.’

But by the 1970s the shine had begun to come off the word ‘synthetic.’   A new generation of activists had begun successfully to reclaim citizens’ rights to all things natural: childbirth, breastfeeding, herbal medicines, natural food, and the concept of self-healing.  Working in the midst of this ferment Neil McKinney, a science graduate with a specialty in cell biology, and interviewee for today’s blog, was spending his days growing animal and human cells for the BC Cancer Agency in Vancouver.  Whilst there, McKinney met and befriended late cancer research campaigner, Terry Fox.  Fox was disappointed with what looked like stagnation in the research, and urged McKinney to push toward a meaningful breakthrough.  By the time Fox died in 1981, McKinney had become disillusioned.  Fox had raised 5 million dollars for research, and in McKinney’s view, BCCA was wasting it.  It was testing Misonidazole, for example, a drug meant to make cancer cells more responsive to radiation therapy.  The drug didn’t work, but they chugged on with it because it was a pharmaceutical product.  This was not the change Terry Fox had wanted, and McKinney, feeling deputized, vowed to do something better.

He quit his job, and set off to explore.  That first year McKinney visited the Hoxsey Bio-Medical Clinic in Mexico, and observed.  He travelled to India, where he spent four months talking to local doctors about Ayurvedic medicine.  He read everything he could find.  He began to see natural and traditional practices as medical gold mines, an insight that set him on a path.  Upon returning to North America, with encouragement from senior naturopath and family friend, Joseph Boucher, McKinney enrolled in the four-year program in naturopathy at the National College of Natural Medicine in Portland, Oregon, North America’s oldest school.  He tackled this learning with passion, studying both naturopathy and Traditional Chinese Medicine.  He carried as many as carry 11 courses at a time.  In 1985, he earned the title ‘Dr. McKinney,’ and returned to Canada to practice.

Still deputized, McKinney proceeded to establish himself as a pioneer in naturopathic treatments of cancer.  In 1999, he met with colleagues to plan a new school in naturopathic medicine in British Columbia.  In 2008, the new school was accredited with the Council on Naturopathic Medicine Education, and began to take students.  Called the Boucher Institute of Naturopathic Medicine, after Joseph Boucher, the school currently accepts 35 students a year into its four-year program.  McKinney continues to lecture there.  In the meanwhile he has published three texts on Oncology, the latest of which is the formidable Naturopathic Oncology:  An Encyclopedic Guide For Patients and Physicians. The texts are in use in schools both in Canada and the US.   McKinney continues to read every research paper in sight, and shares then with anyone who listens.  The handout for doctors who come to hear him speak lists over 2,000 relevant PubMed articles.  A practitioner and explorer, McKinney routinely works 16-hour days. [1]

Like the Canadian Medical Association, the College of Naturopathic Physicians of BC (CNPBC) is not yet cannabis friendly.  Moreover, unlike MDs, NDs are not federally recognized as medical professionals.  So they cannot prescribe medicines—like cannabis—that are licensed federally.  CNPBC appears to take this prohibition to heart, as it does not permit NDs to help their patients acquire or learn about the herb.  Yet many patients who seek out naturopaths are aware of, or take medical cannabis, and others want to try it.  Recognizing cannabis as valuable medicine, McKinney has educated himself on the subject.  While he is not permitted to prescribe it, he feels comfortable helping his patients make the best use of the medical cannabis they access on their own.  He feels equally comfortable lecturing on the subject.

A new and improved edition of McKinney’s text, due this coming June, features for the first time, a chapter on cannabis.  It’s been in draft form for some time.  There are sections on the endocannabinoid system, exogenous cannabinoids, indications for medical cannabis, and methods of ingestion.  McKinney pays special tribute to Ted Smith, Owen Smith and the VCBC, noting their hard work, and their superior methods of edible oil extraction, with special praise for the club’s Buddha Balls and topical salves. 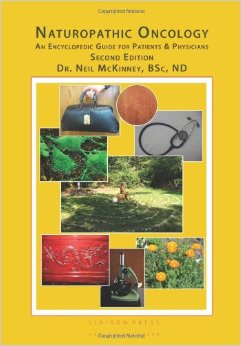 The cannabis chapter has a substantial description of concentrated hemp oil dosing, for children as well as for Adults.  Both CBD and THC, McKinney tells us, are necessary to control cancer.  Thus far good results have been seen in what he calls the aerobic, oxygen hungry cancers of the brain, blood and lungs.  We don’t know as much about its efficacy for more deeply embedded cancers, like those of the stomach or bones, he says, but only because there is less data.  At this point there are no real human trials.  But there is lab research.  Indications thus far are that cannabis can retard cancer cell growth; selectively kill cancer cells; inhibit metastasis; turn the immune system against the cancer; and more.  McKinney recommends oils extracted from Indica strains Road Kill, Chronic, Master Kush, Dr. Jeckyll, and Blue Cheese.  Sativa strains, in McKinney’s view, are too low in CBD for cancer use.

The new chapter also contains a terrifying sentence, not to be read on dark nights, and under no circumstances to children or puppies.  It runs: “Note that the official Government of Canada strain MS-17 is a cross with GMO strains from Bayer AG, and does not contain the cannabinoids necessary to treat cancer.  Clinically it is a dud.”  MS-17?  GMO?  Bayer AG?  We really do need to dump this administration.  Did you all know things had gotten that bad in Harper’s Kingdom?  I didn’t.

McKinney notes that concentrated oils are equally useful for pain, PTSD and muscle spasms, and as a topical for sore joints.  He describes some adverse effects, dehydration, dizziness, and so on, and recommends calming them with calamus root, pine nuts, citrus fruit and rind, Vitamin C, and black pepper.  What he prescribes for the adverse effects of his terrifying sentence, I’m not sure.

I began this account by noting that naturopathic medicine and medical cannabis have travelled similar paths.  Both were rejected by a world that nixed the natural, and worshipped the artificial.  Those paths collided bizarrely when, on September 2, 2014, The Vancouver Sun ran a lengthy article entitled:  Medical Marijuana:  Easy To Get; Easy To Buy.[2]  Journalist Mike Hagen went undercover, and approached a few naturopaths, then attached to some of Vancouver’s dispensaries.  He presented himself as an insomniac, and found that at several places, he was able to access cannabis within 40 minutes of entering.

This article was unfortunate.  It annoyed CNPBC, which in short order shot a letter to its members, stating: “there has been a complaint.”  The College reminded them not to prescribe cannabis for patients.  If naturopaths were occasionally helping medical cannabis users before this event, they have since had to become more cautious.  I contacted Mike Hagen by email, whereupon he agreed to respond to a few emailed questions.  He never followed through.  I asked if he thought that insomnia was a serious ailment.  The newscast had made it sound like a joke.  I wondered if he had thought of visiting medical clinics as a pretend insomniac, to see how many bottles of prescription pills this might yield.  The last time I asked a physician for Ativan I was out of his office, and out of the pharmacy in less than 30 minutes; and those things can kill you.  I asked if the article was intended to criticize naturopathy, and what, in general, Hagen had set out to accomplish.  I must learn better how to contact journalists.  Rule One:  Don’t agree to email interviews.  They don’t have to respond.

Here is what Hagen’s article did accomplish.  CNPBC is a bit like the Vancouver and Victoria police; it tends to be benign, but snarls when there are complaints.  It is now more difficult for medical marijuana patients to talk to the doctors who are best placed to offer them lifestyle counseling, as well as other naturally based information.  There have been raids on a few dispensaries.  So we have life as usual, only worse.  Yay, Vancouver Sun.

Though progress has been slower than McKinney would have wished, he has forged solid relations with some mainstream medical professionals.  He now works with, and sometimes gets referrals from, medical oncologists.  He’s developed a reputation.  Currently there are four Canadian provinces that license naturopaths:  Ontario, BC, Manitoba and Saskatchewan.  Nova Scotia is poised to become the fifth.  At that point, naturopaths in Canada have a reasonable shot at being recognized federally as medical professionals.  And if they get that they may be entitled to prescribe cannabis.  On that day, the world will become a degree kinder, and the Fox/McKinney mission, a step further along its path.