Deprecated: The $control_id argument is deprecated since version 3.5.0! in /home/oq5ayjaeetjt/public_html/wp-content/plugins/elementor/modules/dev-tools/deprecation.php on line 304
 Obama-Drama2.jpg - Cannabis Digest
Skip to content 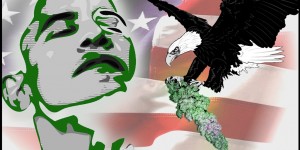 Cannabis Buyers’ Club to Incorporate By Ted Smith   It was not a surprise when Special Enforcement Officers from the Canada Revenue Agency showed up at the Cannabis Buyers’ Club of Canada in early May to announce that I was under investigation. After over 16 years of being very public about selling cannabis products to […]

Judith Stamps As we start to think about legalizing cannabis, it is useful to consider the mental and social barriers that are likely to keep 35% of Canadians hostile to it.  Some hurdles are likely to remain for at least a generation, maybe even two.  Here are four worth examining. 1. We lack confidence in […]