Deprecated: The $control_id argument is deprecated since version 3.5.0! in /home/oq5ayjaeetjt/public_html/wp-content/plugins/elementor/modules/dev-tools/deprecation.php on line 304
 8 things for Marijuana Activists to do after Legalization - Cannabis Digest
Skip to content

As we stand on the cusp of legalization in Canada thousands of marijuana activists across the country have spent decades and dedicated countless hours of their lives in the fight against prohibition. Congratulations Mr. and Ms. Marijuana activist! You can pat yourself on the back for a job well done! All that hard work and personal sacrifice has paid off and you can be proud of your contribution to free the weed!

So what are you going to do with all that free time after legalization?

I thought about this the other day while puffing on some Purple Kush and came up with eight ideas that may just help former marijuana activists to pass the time after weed is legal.

OK, so get off the couch and look out the back window. See that overgrown mess that you have neglected because you have been too busy getting petitions signed? That’s your backyard.  Now that you have the time you can transform it into an urban paradise!  With a little elbow grease you can create your very own urban farm. Imagine Ms. Johnson from next door leaning over the fence to comment, “My, your sativa looks the bomb dear, and those tomatoes are huge”!

It’s a fact that activists scream a lot. Shouting slogans and pleas on the near deaf ears of politicians is hard work.  I know from personal experience that an overzealous 420 day celebration can leave you squeaking for a week. All that protesting has given you a voice much more powerful than your average citizen so put it to good use and join a death metal band!  If the world needs anything after legalization its a new death metal band. 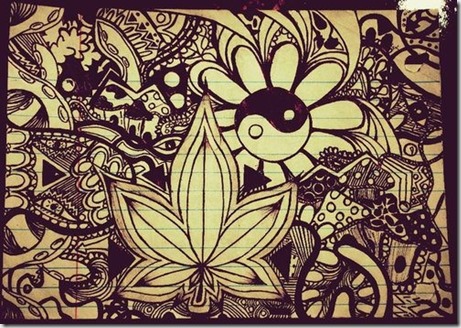 You have painted thousands of protest signs and because of that your stroke with the paint brush is masterful! You understand the use of color and perspective, so put all that talent to good use and paint a masterpiece!  Make it easy on yourself and paint a portrait of your mom, after all it worked for Whilster right? Or get really baked and go all Jackson Pollack on some canvas.  Then take all those masterpieces down to your neighbourhood cannabis cafe to display for your friends while they enjoy a fine cup of coffee and a fatty.

5. Invent the next big product.

They say that successful start ups are fuelled by Ramen noodles and weed. As an activist you have lived for many years on Ramen noodles and weed so your already off to a good start. Now sit back, spark up that bong, and dream up that next big million dollar idea. How do you think chocolate covered bacon and 3D printers were invented? The future is bright, and all your activist energy will help you to promote and grow your business into the next Apple or Ben and Jerry’s!  Mmmmm Ben and Jerry’s.

You know that killer brownie recipe you got off that dude at that rally? Put it to good use and open a Cannabakery.  Think about all the yummy things you can put weed in!  Research is the key (and the fun part) so get into that kitchen and start making some butter! Why, with a couple of good recipes you could be the next Mrs. Fields or Mr. Christie and along the way sample yourself into seeing some Keebler elves!  Everybody loves cakes and pastries and even more so if they are stuffed with weed! It’s the perfect business. First they buy the goodies because they have the munchies, then the goodies give them the munchies, then they buy the goodies because they have the munchies…….can you say cha ching!

Canna-tourism will be the next big thing in the travel industry. As an activist you know the best places in the world to smoke weed and you have already been there. All those trips to Amsterdam and Vancouver now pay off! You can be responsible for sending stoner’s all over  the world!  Charter a flight to Kingston, Jamaica or Vancouver, BC and fill it  with the happiest easy going tourists ever! Imagine airline food actually tasting good! You could call it Vapor Air and when those masks pop down from the ceiling…..well you get the idea.

Just think about all those Conservative politicians and police officers who will be demoralized and crushed by legalization. Poor beggars have been living with the idea that they could actually keep the most useful plant on the planet away from the people.  The pressure of “just say no” has been tremendous, and all those sleepless nights tossing and turning, breaking into a cold sweat at the thought of those hippies and legal weed has created a disturbed person that needs your help.  A program of Yoga, long walks in the woods, and deep discussions about accepting truth, culminating in the clients first vapor session is the cure. Imagine PM Harper’s content smile after he has found relief and tolerance  through your  council and a good indica, and think of the jam session afterward!

All kidding aside there is really only one thing for a cannabis activist to do after legalization. Without a liveable and sustainable environment there is no weed or activists. As a marijuana activist you have developed the ability to see through the myth and false arguments thrown out by the corporate politicians and climate change deniers. You are well versed in the arts of protest and civil disobedience that are needed to mobilize the people. You have faced the authorities on millions of fronts and defied and changed the laws through peaceful protest, court action, and the power of unity.  There is no better group of people on earth today that are better equipped to effect real change in the climate war than marijuana activists, despite the false image that we are all couch potatoes with Domino’s on speed dial.   Together we have the ability to create a better society that respects the planet, values people over profit, demands equality for all, considers the necessities of life like food, shelter, education, and a voice in  the in the way our society is run, as a right for all and not a privilege for the rich. All marijuana activists know that marijuana can change the world, now it’s time to stop all the talking and start all the doing. The clock is almost run out and our team needs to take action! It’s time to prove all the things we have been saying about the plant are true or shut up forever because once the environment is gone so are we.

If you haven’t already joined Sea Shepard, Earth First, Greenpeace or any of the thousands of grass roots environmental groups that have sprung up all over the planet  you need to get on it now. As our battle winds down we have become aware of a greater war around us. A conflict on a global scale. Bigger than the world wars or any of the human skirmishes that have come before. A war to end all wars, and if we lose it our children will suffer and die in a world we could have saved.

So, Mr. and Ms. marijuana activist, take a breather, a well deserved furlough. Then break out those Ramen noodles and the protest signs, petitions, organizing skills, and prepare for the fight of your life. If anyone can do it you can. Look up there in the sky, is that a bird or a plane? No, it’s a stoner here to save the day.

– Dean Schwind is a two time cancer survivor, long time commercial and medical marijuana grower, teacher, writer, musician, and activist. A proud former staff member of the Cannabis Buyers Club of Canada, he has fought on the front lines for the end of prohibition through his alter ego Sticky Kola and the infamous BC band King Bong. Raising money, changing  perceptions, and generally  freaking the public in an effort to help sick people gain access to the benefits of medical marijuana.