Deprecated: The $control_id argument is deprecated since version 3.5.0! in /home/oq5ayjaeetjt/public_html/wp-content/plugins/elementor/modules/dev-tools/deprecation.php on line 304
 Lessons from the Little Red Hen - Cannabis Digest
Skip to content

Before Premiers, liquor unions and corporations start falling all over each other in an effort to cash in on legal cannabis sales, let’s remember the real reasons we should be ending cannabis prohibition in Canada.

Yes, we should be legalizing cannabis in Canada, but not because of the tax revenue it will generate, and not because legalization a better way to keep cannabis from kids, and not even because polls show that most Canadians now support changing the law.

We should be ending cannabis prohibition in Canada because the war on cannabis and cannabis users has always been unjustified, immoral, and harmful to individuals and society.

Let us remember that cannabis prohibition was founded solely on racism and ignorance. There was never any valid scientific, health or social reason to ban cannabis and punish cannabis users in the first place. As a society, we need to acknowledge these truths before we can start talking about tax rates and points of sale.

The first step must be to immediately end all arrests for possession and personal cultivation, nationwide. That must be at the top of the agenda for any cannabis reform in Canada. 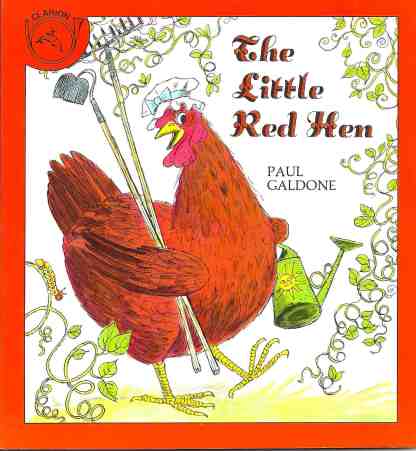 These days, Canada’s cannabis community is feeling like the Little Red Hen from the classic fairy tale.

We remember what happened when we asked “Who will help us fight against cannabis prohibition?”

“Not us,” said the unions. “There’s a lot of jobs for us in arresting and jailing cannabis users.”

“Not us,” said the corporations. “Legal cannabis would hurt our investments in pharmaceuticals.”

“Not us,” said the politicians. “Instead, we’re going to pass stricter laws than ever, because that gets us more votes!”

So we did it by ourselves. Canada’s cannabis community opened bong shops and seed shops, we created cannabis magazines and websites, we held cannabis rallies and opened medical dispensaries, all in peaceful civil disobedience and defiance of these unfair laws.

When some of us were raided by police and ended up in front of a judge, we asked “Who will help us fund these important court cases, to defend our rights and change these unjust laws?”

“Not us,” said the unions. “All these new prisons mean jobs, jobs, jobs!”

“Not us,” said the corporations. “We can’t patent cannabis medicines, so we don’t care.”

“Not us,” said the politicians. “In fact, we will fight you in court every step of the way!”

So the cannabis community raised the funds ourselves. We used the money from our openly illegal bong shops, seed banks and dispensaries to pay lawyers and cover court costs, chipping away at prohibition one case at a time.

It was through the courts that we forced the government to first create a medical cannabis program, and every single improvement and expansion of the program has come as a result of lengthy and expensive court battles funded by grassroots activists.

Now that we have mostly beaten the laws in court and on the street, with cannabis gardens and dispensaries spreading into every city and town across the country, we ask “Who will help us sell cannabis and profit from legalization?”

“We will sell it to you for profit!” say the unions. “We know how to sell liquor, and it’s all the same thing, right?”

“We will sell it to you for profit!” say the politicians. “We will keep the taxes high, so we can pay for all the harm that you cannabis users are causing society.”

To which we say “Get lost! We will keep growing it and selling it ourselves. We already have hundreds of dispensaries across the country that are providing great quality cannabis. We already have dozens of court precedents which have forced your police to stop arresting our people. We already have a thriving culture and a vigorous, successful and diversified cannabis industry. We don’t need your help, but thanks anyways.”

The moral of the story? Canada’s cannabis community doesn’t need the liquor unions, or the corporations, or the politicians to take over our industry. We know what we’re doing when it comes to growing, distributing and enjoying cannabis.

The groups that have oppressed our culture and fought against legalization should not be the groups that get to regulate and profit from our sacred plant.

Just get rid of your ridiculous prohibition laws, stop arresting and hassling peaceful people for pot, and leave the rest to us.

The recent announcement by the city of Vancouver to regulate medical cannabis dispensaries is causing a stir on all sides. The federal government immediately denounced the decision, Rona Ambrose repeating that dispensaries are not part of the legal Medical Marihuana regulations (MMPR). Licensed producers have spoken to the value of their service as superseding the […]