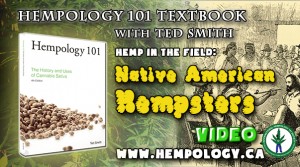 (image: Cannabis Digest) By Ted Smith As early hunter-gatherers began to unlock the secrets of civilization, they also began forming symbiotic relationships with the plants that provided the fundamental resources necessary for survival. Primary among these symbiotic plants is Cannabis Sativa, whose relationship with humankind is hundreds of thousands of years old. The seeds of […]

By Owen Smith While not as ideal as dry sifting and making water hash, hand rubbing is the most basic method of separating the medicinal trichome heads from the body of the plant. This important step is at the centre of the constitutional challenge that I took to the Supreme Court of Canada in March […]