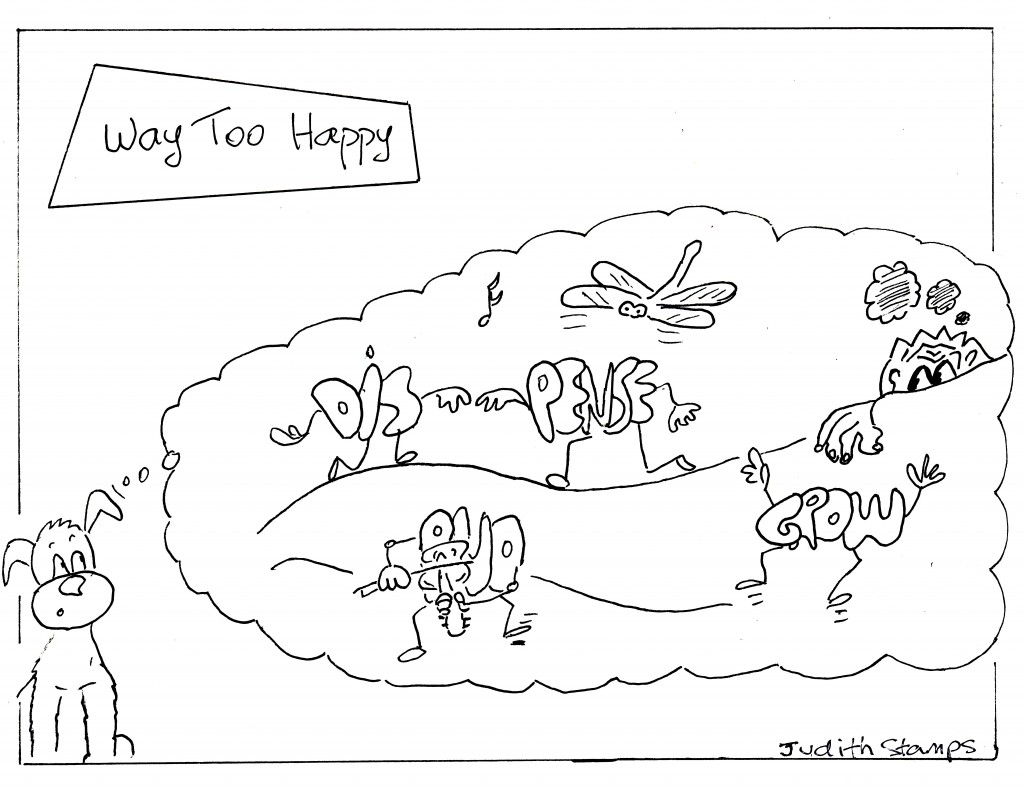 Every jurisdiction that legalizes marijuana encounters its own special set of post prohibition gremlins. Gremlins are mythical creatures that specialize in sabotage. In fairy tales they appear as inhabitants of other worlds. In reality they inhabit our own. That this is so is evident from a glance at Washington State where, despite legalization, masters in maneuvers are keeping patients in steady suspense and intermittent fear. Their story must be studied. All gremlins revealed help to illuminate others.

In 1998, the Washington State Legislature passed proposition I-692. It read: “Shall the medical use of marijuana for certain terminal or debilitating conditions be permitted and physicians authorized to advise patients about medical marijuana?” A full 59% of the voters said yes. The Initiative gave patients a right to possess a sixty-day supply. What this meant was never clear, but patients managed. They grew plants. Those unable to grow plants found sources. Dispensaries functioned in the grey zone, as they do elsewhere. A 2007 amendment defined ‘sixty-day supply’ as 15 plants and 24 ounces of dried cannabis. Then on January 12, 2011 Senator Jeanne Kohl-Welles sponsored Bill SB 5073 to legalize and regulate state medical dispensaries. If patients were entitled by law to have this medication, she argued, they ought to have access to reliable sources, safe from arrest and prosecution.

On March 2, 2011 Kohl-Welles’ bill passed in the Senate by 29-20 votes. On April 11, it passed in the House by 27-21 votes. The bill had bipartisan support. It called for a statewide, voluntary patient registry with official state medical marijuana cards, and legal, regulated dispensaries. It permitted any group of three to ten patients to set up for their own use, a collective garden of 45 plants. And it left alone the existing sixty-day rule. It was very reasonable.

In fact it was so reasonable that it caught the eye of the FER [Federal Enemies of Reason.] That same month, DEA officers raided seven medical dispensaries in Spokane, and ordered the rest to close. It was a timed strategy, intended to shock.1 It worked, although how completely we have yet to see. Rattled, State Governor Christine Gregoire vetoed the dispensaries. But she left standing the collective gardens. The resulting bill left Washington with a viable system, but a vulnerable one. Some patients grew privately. Some grew collectively. Dispensaries used the rules to create a new structure. They became collective garden storefronts, where patients signed in as “members” upon entering, and were dropped from the members’ list upon leaving. This solution was pragmatic, inventive and resourceful. In fact, it was brilliant. It had one flaw: it acquired an aura way too cheerful to suit key State powers, especially after legalization.

In 2011, Washingtonians put forward Initiative I-502 to legalize and regulate recreational marijuana in their State. By December of that year they had collected 241,153 signatures, enough to put the Initiative on the ballot. The following November 2012, with an 81% voter turnout and by a margin of 56-44%, the Initiative passed. Spokespersons for I-502 assured voters that it would leave medical marijuana untouched. Washington State would have two regulatory systems, operating side by side. Alas, it is not clear that this assurance ever meant much. Parts of the State’s bureaucracy and a majority of members in both legislative houses would now like to see the medical system come to an end. The DEA raids, it seems, have cast a long shadow.

The Gremlins Get Serious. In February 2014, The House of Representatives approved a bill that would see all collective garden dispensaries closed by May 1, 2015. The bill passed by a margin of 67-29. Patients would be required to enter a registry and to apply for State cards. They would be restricted to growing six plants, down from fifteen, and to having three ounces of dried cannabis at a time, down from twenty-four. Cardholders would get an exemption in shops from state sales tax, but not from the excise taxes. By November 2019, the LCB and Health Department would present a report on whether private growing should be allowed at all.

The following March, The Senate approved a more lenient version of this bill. They too wished to ban collective garden dispensaries. Their only concession was to allow up to four patients to pool resources to grow plants for medical use. But these pools were not to evolve into dispensaries. Patients would be exempt from all taxes, but only until September 2015, whereupon they would pay the excise tax. The Liquor Control Board would become the Liquor and Cannabis Board. Stores would be permitted to publish cannabinoid profiles for their products. But—and this is a crucial point—store staff would not to be permitted to recommend anything specific for symptom relief. 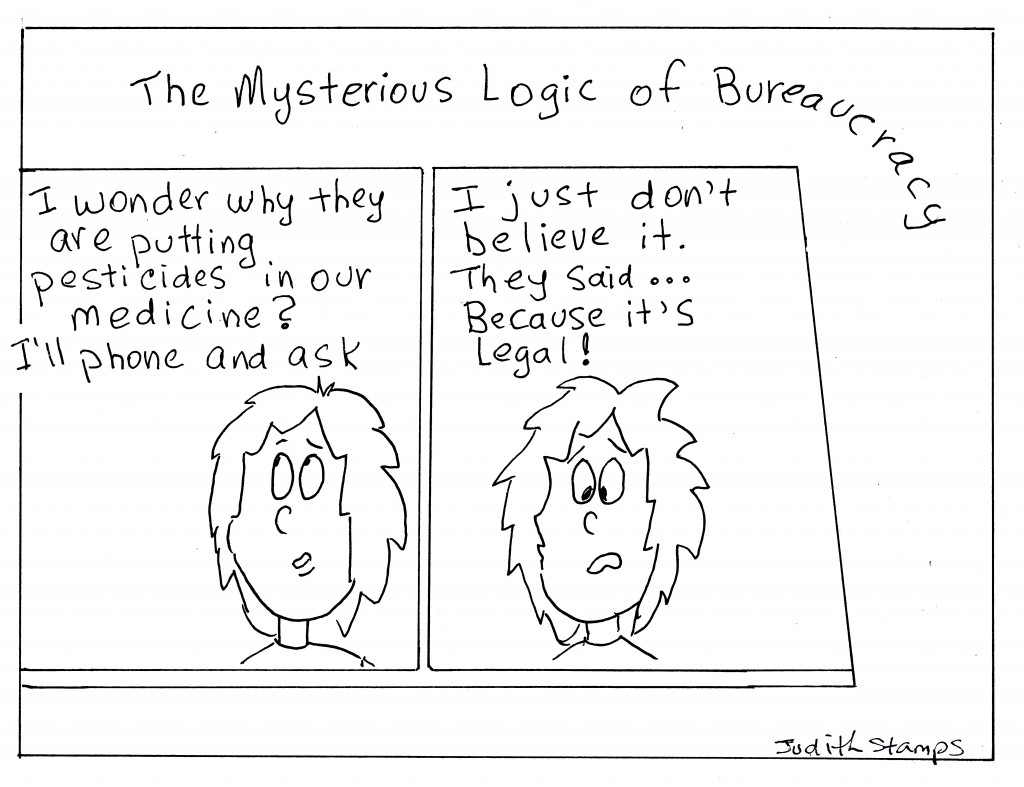 I-502 gave the Liquor Control Board the power to regulate marijuana in the State. Employing gremlin logic, the LCB chose to create a radical separation between producers, processors and retailers. No one from any of these three in Washington State can have an interest in any of the others. Moreover, excise taxes are applied at each stage of the journey from seed to sale. When growers sell their product to processors, they pay a 25% excise tax. When the processors sell to the retailers, they too pay a 25% excise tax. When the retailer sells to you, you pay a further 25%. As these sums are cumulative, the customer bears the heaviest burden. Then there are local taxes that vary, but are around 9%. As a result, store bought marijuana in Washington currently sells at 25-30 dollars per gram. It has to be clear to anyone with a speck of understanding that, whatever the legislature does, for the patients these prices will never work.

Back to the Battle

On March 14 the proposed bills got bogged down over a money issue. House Republicans wanted to divert some of the tax revenue from the State to cities and counties. No one could agree, and the bills died. R.I.P. For now the status quo remains. But the plan is to regroup and propose similar bills in January 2015, when the legislatures next convene. In the meanwhile, The LCB, The Department of Health and The Department of Revenue are writing a joint set of recommendations. They want tax revenue, and they want regulations that look tight enough to appease the federal government. So, it seems, do most of the State lawmakers. Indeed, their sympathies seem much changed from what they were in 1998. If the House and Senate manage to harmonize their views in the New Year, it is hard to imagine how Washington’s dispensaries will survive. Then again, given the prices, it is even harder to imagine how the State will avoid mass civil disobedience. Not everyone is able to grow plants, and not everyone even wants to.

There are other elements that make Washington’s recreational system unsuitable to patients. Currently the LCB has approved the use of 200 different pesticides on marijuana plants sold in licensed shops. While the LCB tests for THC levels and moulds, it does not test for pesticide residue. That is to say, it tests for the natural stuff, but not for the chemicals. That task, if it is done at all, rests with retailers. They can retain the services of a private lab. But what they can do if they find residues is unclear. Retailers can’t be growers. Then there is the matter of plant strains. Lawmakers are notorious for failing to understand the importance of specific medicines to patients. Will the licensed growers care about this issue?

Given the voting patterns in February and March of 2014, it is not clear that Washington State legislators believe in medical marijuana any more. Otherwise, why prohibit retailers from offering helpful advice to patients? Why burden patients with excise taxes? Those taxes are intended for substances believed to cause harm. Why enforce a patient registry? If the concern is a federal crackdown, surely a registry puts patients more at risk. More to the point, why ban dispensaries at all? You can regulate them. Washington’s bureaucrats are no better. Why would a Health Department collude with the LCB and Revenue? One has to conclude that this is about longstanding grudges and new money. Older gremlins were happy with sabotage; the new breed wants only to become rich.

Is there any hope?

Even if the two Houses fail to find a suitable bill in January, won’t they keep trying until they succeed? Washington’s activist group, the Cannabis Action Coalition will be fighting these bills. So will Steve Elliott, my interviewee for this week’s story. Elliott is a long time journalist; marijuana activist; creator, director and editor of the website: tokesignals.com; former author of Seattle Weekly’s Toke of the Town; editor at Hemp News; and author of The Little Black Book of Marijuana. During our interview, Elliott made a wise observation. We have gotten to a point in history, he said, where politicians no longer need to be brave in order to reconsider marijuana. Since the Reagan era, public support has climbed steadily. Eighty-six percent of Americans now believe in medical marijuana; fifty-five percent would like to see it legalized altogether. Whatever the gremlins are saying, if politicians wish to be re-elected today, they will have to attend to these numbers.

Another source of hope, in my view, lies in twisted logic thus far displayed by implementers of I-502. They plan to charge prices patients will never afford. They plan to impose a regimen of pesticides. They don’t support health; they only support getting stoned. That’s a fine message by which to identify Washington State. I figure they won’t be able to keep it up. It’s just too dumb.