Deprecated: The $control_id argument is deprecated since version 3.5.0! in /home/oq5ayjaeetjt/public_html/wp-content/plugins/elementor/modules/dev-tools/deprecation.php on line 304
 9144149755_a38192dea4_h - Cannabis Digest
Skip to content 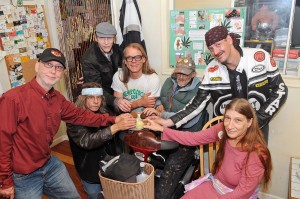 By M. Allister Greene The tactics of the War on Drugs in Central and South America has formed a dust ring around it. But this dust is made up of blood, bones, drugs, money, and corruption. Many people from countries such as Argentina, Mexico, Brazil, El Salvador, and many other Latin American countries, met on […]

A Natural Leader Promoting Natural Living Reverend C. H. Lawson Everyone was his brother or his sister. He would insist on knowing a police officer’s first name. That officer was “Brother” or “Sister” something. Brother Michael drew out their warmer human side. Almost everyone was charmed by Brother Michael, mayoral candidates who competed with him, […]

I was raised in some of the most socially and politically conservative parts of Canada. As a child and young adult, I was well educated in the harms associated with illicit drug use. I had no reason to believe that those lessons were based on bad information. I kept my distance from drugs and had […]