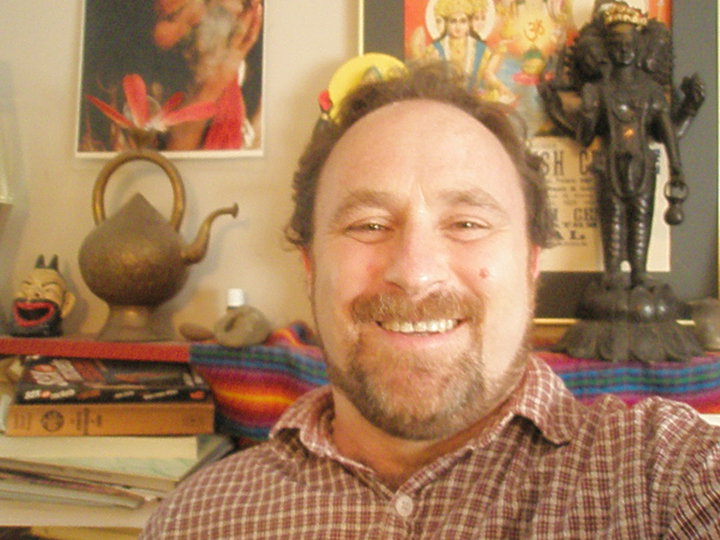 Chris Bennett an even bigger threat to Judeo-Christian doctrine than Charles Darwin ever was. By proving cannabis is the Tree of Life, showing how Moses talked to God in a cloud of cannabis smoke and confirming that Jesus healed using a cannabis anointing oil, Bennett is helping Judeo-Christians understand their own history by unraveling some of the mysteries buried in the Bible. These relevations will turn the church upside down and shake their very foundation.

Many Judeo-Christian myths were questioned when the world was presented with the evidence Darwin had collected proving we evolved over time. No longer could intelligent people believe God created the earth in 7 days, nor that Adam and Eve were the parents of our species. While these theories challenged some church ideals, control over the spiritual practices of the masses was generally maintained. This time that might not be possible.

Bennett has recently produced a video summarizing his research, providing even more compelling evidence than his books provided. GREEN GOLD THE TREE OF LIFE: MARIJUANA IN MAGIC AND RELIGION, his first book, Bennett shares his explosive ideas for the first time, revealing how widespread the use of cannabis was in various ancient civilizations. In his second book, SEX, DRUGS, VIOLENCE AND THE BIBLE, Bennett nails home the fact that Hebrews and Jewish people like Moses, Solomon and Jesus regularly consumed cannabis as hash incense and as an anointing oil. His last book, CANNABIS THE SOMA SOLUTION, backs up his earlier theories with even more evidence.

One of the key stories in the Bible is the myth of the Garden of Eden. In the first and only direct interaction with Adam and Eve, God prohibits them from eating from two ancient trees, claiming if they eat from the Tree of Knowledge of Good and Evil they will die. This turns out to be a lie, as Eve discovers upon eating of the fruit on the advice of a wise old snake. Instead of dying, Adam and Eve suddenly see as the gods themselves are able to see, revealing to them that they are naked and inspiring them to make clothes to stay warm.

This original sin mythology has been used as an excuse to diminish the role of women, cannabis and self-enlightenment for 2,000 years. Banishing followers from using magical plants or performing any ancient ceremonies under the fear of death, the church had a virtual monopoly on religious experiences. Using alcohol to numb the minds and spirits of their followers, Judeo-Christians suppressed the use of plant medicines in every culture they came into contact with so that few could experience the supernatural.

Exposing the alchemic secrets of Moses has revealed the truth behind the healing anointing oil of Jesus. Today we are rediscovering the wide variety of medical applications the topical use of cannabis has, relaxing muscles, fighting infections, diminishing pain, killing cancer and healing burnt skin. Indeed, sharing this secret of the priesthood with the general public and healing the poor greatly upset the authorities.

Ironically, towards the end of the Bible, a wonderful poem claims that at the end of time the Tree of Life will be growing upon both sides of the River of Life and that its leaves are for the healing of the nations! Modern Christians are increasingly identifying cannabis as the Tree of Life, embracing the practices of Jesus by using it to heal the sick against the wishes of the authorities. It is easy to see how a plant that can be used for rope, clothing, food, medicine, lamp oil, and spiritual growth would be seen as the Tree of Life by ancient cultures.

In his teachings, Chris Bennett has uncovered the biggest secret in the Bible, the real plant referred to as the Tree of Life, and that in so doing has exposed the cruel methods used by the church to suppress self-enlightenment and health. Confirming that the true sacrament of the ancient church is cannabis and not wine, destroys the foundation of any puritan values modern Judeo-Christian rulers place upon their followers and places cannabis at the top of the list of the sacred plants God placed here for our use.

Darwin upset the church but ultimately the church survived by denying his theories and simply continuing along their path. Today, the churches are not in the same strong position, with a dwindling following and fading sense of purpose. Striking at the heart of hypocrisy, Bennett is doing far greater damage to the Judeo-Christian cultural shelter than Darwin ever meant to. With so many people seeking truth and spiritual satisfaction today, Chris Bennett points us in the right direction, towards the light and away from the dark confines of the church.

Whereas Darwin merely questioned a few basic tenets of Judeo-Christian faith, Bennett questions the very legitimacy of the church and its zealous pursuit of individual spiritual exploration. Exposing the hypocrisy of Judeo-Christian traditions and revealing the true ancient sacrament, Bennett is unleashing our collective potential by releasing us from these heavy religious shackles and propelling us forward with powerful plant medicines. In a world seemingly fed with greed and fear, Chris Bennett is trying hard to show us the light.

Previous article The Policy That Could: Reflections on an Interview With a Young Liberal

Judith Stamps·May 29, 2017
There are no comments yet No comments