Deprecated: The $control_id argument is deprecated since version 3.5.0! in /home/oq5ayjaeetjt/public_html/wp-content/plugins/elementor/modules/dev-tools/deprecation.php on line 304
 Cannabis and Drugs - VCBC Excerpt - Cannabis Digest
Skip to content 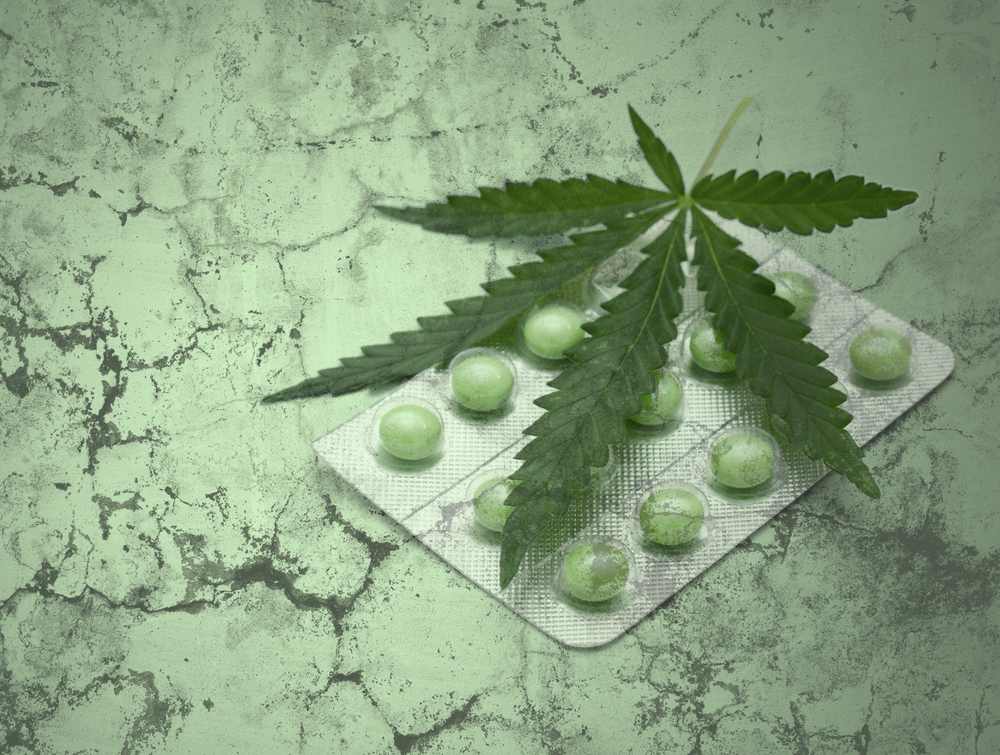 Cannabis produces a fantastically wide array of different compounds, containing at least 489 distinct types. Over 70 of these are produced exclusively within the cannabis plant . Each specific species has different proportions of these compounds, which are also effected by environmental factors during production and processing. There is currently little available data on most of these compounds. We do know that many of them have some sort of physiological effect on humans when introduced to the blood stream. When such a complex spectrum of bioactive agents is used in conjunction with other medications the possibility of a negative drug interaction is a legitimate concern.

A drug interaction is a situation in which the activity of a drug is affected by another substance (usually another drug) when both are administered together. Due to its broad range of effects, Cannabis can cause a variety of interaction effects with many over-the-counter and prescription medications, as well as most recreational drugs. This article contains a series of generalized guidelines intended to inform about possible side effects than can occur with the various major classes of drugs, followed by a non-exhaustive list of common prescription pharmaceuticals sold in Canada.

Under no circumstances should any person augment or substitute any prescribed medication with another registered drug or other (alternative, complementary or herbal) treatment without first consulting with a doctor. This article is intended solely as an introduction to the most common drug interactions and is by no means an exhaustive exploration of the possible dangers inherent in modifying an ongoing pharmaceutical regimen.

Central nervous system (CNS) depressants, sometimes referred to as sedatives and tranquilizers, are substances that slow both physiological processes and brain activity. This property makes their use common in the treatment of anxiety and sleep disorders. Most prescription pain medications have depressant effects in addition to their analgesic qualities. Alcohol and illegal recreational drugs such as ketamine and heroin (sometimes known as “downers”) also act as CNS depressants.

Cannabis can increase the effects of these substances in a synergistic (more than additive) manner. This can be both highly desirable and highly dangerous. Lower doses of medications such as morphine can be used in association with cannabis to achieve a comparable amount of pain relief due to the magnification of both their effects. This same increase in effect is seen to some extent in all depressants. This can lead to clumsiness, drowsiness, dizziness, nausea, emesis (vomiting) and loss of consciousness. Therefore, great care should be taken with dosage when combining cannabis with any sort of depressant.

Antiepileptic medications share memory loss related side effects with cannabis. Both in conjunction may increase the severity of these effects, increasing the likelihood of forgetting a timed dose of medication and therefore leading to the possibility of an increased number of seizures occurring.

Unfortunately, little is known about the interactions between many of these medications and cannabis. If the choice is made to introduce cannabis into a pre-existing regimen of antiepileptic drugs (especially combinations of such), great care should be taken to ensure a safe environment in the case of a seizure and to make careful note of any changes in the frequency or severity of any seizures experienced.

CNS stimulants are substances that can increase physical activity, mental alertness and attention span. They are used to treat attention-deficit hyperactivity disorder (ADHD) and narcolepsy, and the most commonly used recreational drug in the world (caffeine) is a stimulant. Excessive stimulant use can lead to tachycardia (abnormally fast heart rate) thus putting strain on the heart which can be dangerous for individuals with heart conditions. Cannabis can increase these effects when co-administered which is a potential danger for those with a history of heart disease.

Both stimulants and cannabis can sometimes exacerbate the symptoms of individuals with anxiety disorders. Thus, great care should be taken by sensitive individuals if they should choose to co-administer cannabis with any form of stimulant.

Antipsychotics are a diverse class of psychiatric medications primarily used to manage psychosis, particularly in schizophrenia and bipolar disorder, and are increasingly being used in the management of non-psychotic disorders.

Relevant data in regards to interactions between these medications and cannabis is lacking. Recent evidence suggests that antipsychotic treatment may have effects within the endocannabinoid system (the same system which cannabis exerts an effect). However, the clinical relevance of this is unclear.

While studies show that many individuals who suffer from schizophrenia self-medicate with cannabis, the majority of current clinical data indicates an increase in the positive symptoms associated with schizophrenia (including delusions, hallucinations, and disordered thoughts) in association with cannabis use. For patients with established schizophrenia, cannabis use is clinically associated increased risk of relapse, and poorer adherence with antipsychotic treatment. For these reasons, cannabis use is generally contraindicated for individuals with schizophrenia. If the decision is made by an individual with any form of schizophrenia to begin administering cannabis, they should first consult with their mental health care professional and keep careful watch for the any negative effects.

TCAs are of the most concern as they have been reported to cause tachycardia (abnormally fast heart rate) in a small but significant number of individuals.

There are also rare reports of tachycardia in association with SNRIs, but clinical data is currently lacking.

MAOIs are generally well tolerated in association with cannabis but have been anecdotally reported to mildly increase the cannabis’ psychotropic effects.

SSRIs generally do not interact with cannabis in any significant way.

Psychiatric medications interact with the most sensitive and complex organ in the body: the brain. This means that it should come as no surprise that unforeseen interactions can occur between cannabis and these drugs (especially when one has been prescribed a variety of different medications). Whenever adding ANYTHING psychoactive to an ongoing therapeutic regimen, the individual should first consult their healthcare provider.

At the V-CBC we are well aware that your mental healthcare professional may be unwilling or unable to provide you with the information needed to make an educated choice about introducing cannabis into your medication regimen. We recommend against making such a move without professional advice. If you should choose to proceed regardless, during the first few weeks of cannabis use in conjunction with either an ongoing or newly initiated regimen of psychiatric medications, a close watch should be kept over yourself for any irrational thoughts, inappropriate emotional states, issues with sleeping, and any other unusual or undesirable side effects.

During this time it can be useful (both for yourself and your healthcare provider) to maintain a daily journal recording the timing of both when you administer your medications and the timing and duration of any possible side effects. Should any significant effects occur, immediately cease medicating with cannabis and consult your mental healthcare provider.

Unfortunately, cannabis science is still in its infancy and there is a dearth of clinical evidence directly relating to possible interactions with specific pharmaceutical medications. Many participants in studies worldwide that have been designed to test aspects of the efficacy of cannabis for a variety of ailments were also using regimens of prescription pharmaceuticals and recreational drugs. The low numbers of serious adverse effects reported in these studies goes some way towards indicating the general lack of significant interactions between cannabis and a large variety of medications. Much of the rest of the information contained in this article is based off of anecdotal reports of the members of Canadian dispensaries, as well as those found online. These are imperfect sources of information but they are the best we have to work with right now. Hopefully the coming years will see the initiation of large scale clinical trials that increase our knowledge of possible drug interactions with cannabis, thus increasing both the safety and efficacy of this novel plant.

[su_highlight]NOTE : Anyone who has information (clinical or anecdotal) that could be used to improve or add to this article should contact the V-CBC. We would love to add your expertise or experience to our growing body of knowledge. Contact us here[/su_highlight]

Jerry Golick For many Canadians and Americans, 2015 seemed to be a real banner year for cannabis legalization. Dispensaries were blooming, LPs were producing, and a new majority government in Ottawa promised to legalize the recreational use of cannabis during its mandate. In the USA, Alaska, Oregon, and Washington were all set to follow Colorado’s […]

Unprecedented Increase in Cannabis Dispensaries Causing Growing Pains When is something illegal? It’s a simple question with multiple answers depending upon what that “something” represents in the question.  In the case of medical marijuana, that simple question has become infinitely more complex in Canada than it used to be.  It is clear that according to […]