Deprecated: The $control_id argument is deprecated since version 3.5.0! in /home/oq5ayjaeetjt/public_html/wp-content/plugins/elementor/modules/dev-tools/deprecation.php on line 304
 DSCN2445_thumb.jpg - Cannabis Digest
Skip to content 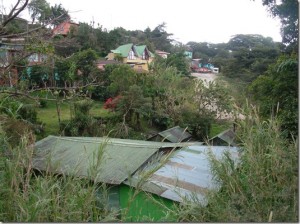 Andrew Brown Editor Happy New Year! This year should prove eventful for the cannabis movement, and we can only hope that the common sense switch gets turned on for our law makers and politicians. Bill S-10 is digging its teeth into the House of Commons after passing Senate in December. This is the single most […]

(Article first appeared at CanEvolve) Debra Harper The people who run dispensaries in Vancouver, Toronto and elsewhere, claim there is a need for their services. On the other side, most municipalities claim the need doesn’t exist because people can buy from Licensed Producers (LP’s). If we were introducing cannabis to society for the first time, then […]

No surprises here. The initial arrows have been sent back and forth, defensive positions are being taken and allies are being sent for.  Do not despair when reading this email.  This battle has just begun in a war that has raged for decades, and this email is by no means a game changer. After months […]