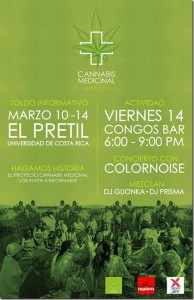 State initiatives forcing a change at the top By Ron Mullins Aug. 28, 2013: is it an historically triumphant day for marijuana activists in the U.S., or just more political smoke screen? That’s what many in the cannabis community are trying to figure out. U.S. Attorney General Eric Holder, in the conference call with the […]

Victoria NDP MP speaks out against Conservative crime bills and mandatory minimum sentences By Kristen Mann I sat done with Victoria MP Denise Savioe for a conversation about marijuana, the recent bill C-15, the Marijuana Medical Access Regulations, and the NDP drug policy. The New Year’s surprise prorogation forced C-15 to be dropped from its […]