Cannabis Dispensaries and the Victoria City Council; And Ruminations on the Future of Growing

The headline in the Times Colonist reads: “Victoria mayor firm: new rules don’t allow pot use at shops.” The Times Colonist is Victoria BC’s daily paper, and the article is a report on the Victoria City Council meeting held on the evening of Thursday, September 8th. The article is informative, but the headline misses the point entirely. It should have read: Victoria City Council passes, one vote short of unanimously, its new regulations for cannabis related businesses in the city; new re-zoning and licensing of dispensaries to follow soon. Or: Almost there: one administrative hurdle cleared; a couple more to go. Or: Victoria City Council officially embraces the word, ‘cannabis,’ and drops ‘marijuana’ from the regulation language. (I suspect I am unlikely to be hired as a writer of headlines.) But that’s the real news and the big take away points for those who attended the meeting, and for those who heard about it afterward. It should have been perceived that way because this news is dramatic. It tells is that, despite having tried and failed to receive guidance from the federal Liberals (all attempts at communication have been met with silence), and regardless of the federal cannabis rules slated to be revealed next spring, the City of Victoria continues to listen to the wishes of Victoria residents, and to set its own path.

Of the nineteen members of the public who spoke at the event, four were critical— but not about dispensaries. Those seem to have settled into a state of acceptance. The controversy centred on the idea of public consumption sites, in particular, on The Green Ceiling vape lounge, part of a new ‘Cannamall,’ now open for business in Victoria, unofficially. Hence the Times Colonist’s headline. Just about everything that could be said on this subject received an airing on Thursday evening. Ashley Abraham, The Green Ceiling’s owner, noted that her years working at a compassion club had brought her into contact with patients who had no safe place to consume their medicine. Many patients are renters, and landlords can threaten to oust residents if other tenants bristle at cannabis terpenes wafting about the place. She recounted the story of a patient who had to resort to frequenting an alleyway. Councillor Marianne Alto pointed out the irony of funding safe injection sites (which Victoria will be doing) whilst sending cannabis patients onto the streets. Other speakers expressed the need for patients to have a dignified way to medicate. 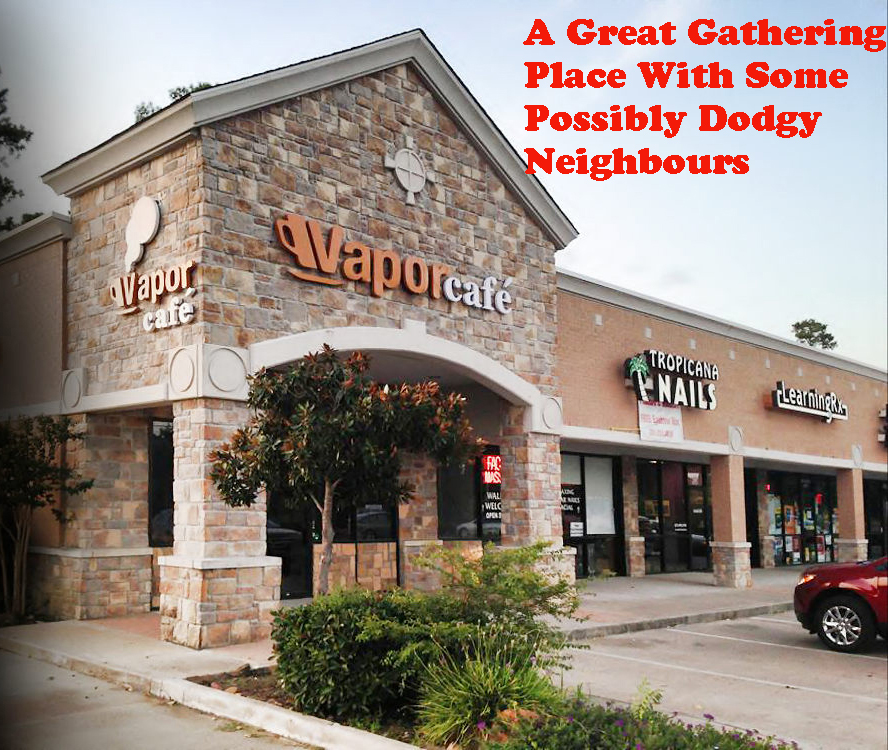 Of the four critical presentations, two from city residents who live near The Green Ceiling centered on the subject of smell. These are manageable complaints, as effective air filtering technology already exists. More problematic were concerns from two locals who just plain dislike the Cannamall, including a distraught mom who sees “the whole town turning into a pot shop.” That’s reefer madness-style panic, but two such critics out of nineteen speakers—about 10%—is fantastic. Moreover, the council will be open to the idea of consumption sites in the future, so long as they are not attached to businesses. Council does not want sale and consumption at the same spot, presumably because its members are concerned that any business will drive consumption. But non-profit groups could establish a site for members away from where cannabis is sold, or there could be private clubs, or some other groupings that meet the City’s rules. My crystal ball shows images of intensive, creative vapour lounge, model building in the days and weeks to come.

Meanwhile, we shall muddle along, continuing only occasionally to fall into the doldrums. But not too far into the doldrums, as Thursday’s meeting was a good news meeting. In conjunction with Health Canada’s recent approval of patient gardens, it put me in mind of a nearish future, past prohibition, where wholly new cannabis blog subjects might appear. One such subject, on which I’ve been reading, is the French concept of terroir. Terroir refers to a set of local, environmental factors that affect the epigenetic quality of a crop—the genes likely to be expressed in the plants. It is the basis for the label “appellation d’origine controlée” or AOC, attached to wines from different regions of France. Similar labels are applied to European cheeses, meats, and other preserved foods. Relevant factors can include growing practices, soils, their microbes, weather patterns, production practices, and just about anything else that gives agricultural products uniqueness. Terroir makes sense only for things made from outdoor crops, and prohibition has done such a good job driving cannabis growers indoors. But progress on the civic front, and federally, with Health Canada, encourages the hope that we’ll drop the bunker concept of cannabis growing one day, foster BC (and other Canadian) variants of terroir, and bring to broad daylight any such stable variants already in existence. So little is yet understood about locally based outdoor growing practices, and their propensity to breed useful medicines. What if the soil in the province’s interior turns out to be ideal for growing anti-inflammatory strains, or cancer fighting strains, or anti PSTD strains? What if Vancouver Island soil, weather and organic management practices turn out to produce the best strains for treating neurological disorders?

And what if we could bring that future a little closer by appealing to one city council one province, one set of landlords, or one group of local constabulary, at a time? Let’s contemplate these questions, and while we do, let’s stop frequently this week to cheer for Mayor Lisa Helps, the Victoria City Councillors, the hard work of CAMCD (the Canadian Association of Medical Cannabis Dispensaries) in establishing model regulations, and its past president and director, Dieter MacPherson. With such fine activists on board, can the licensed vape lounge, and the cannabis terroir, be far behind?

Next article Two Canadian Banks Back Off Medical Cannabis Industry