Deprecated: The $control_id argument is deprecated since version 3.5.0! in /home/oq5ayjaeetjt/public_html/wp-content/plugins/elementor/modules/dev-tools/deprecation.php on line 304
 Chris Enns: Man On A Mission - Cannabis Digest
Skip to content

Chris Enns has long been a medicinal cannabis proponent, crusader and pioneer in Nova Scotia. He and his wife, Sherri, fondly known as Jes James, co-founded The Halifax Compassionate Club (THC Club) in 2009, a private club, as a vehicle to educate East Coast patients about all things cannabis. 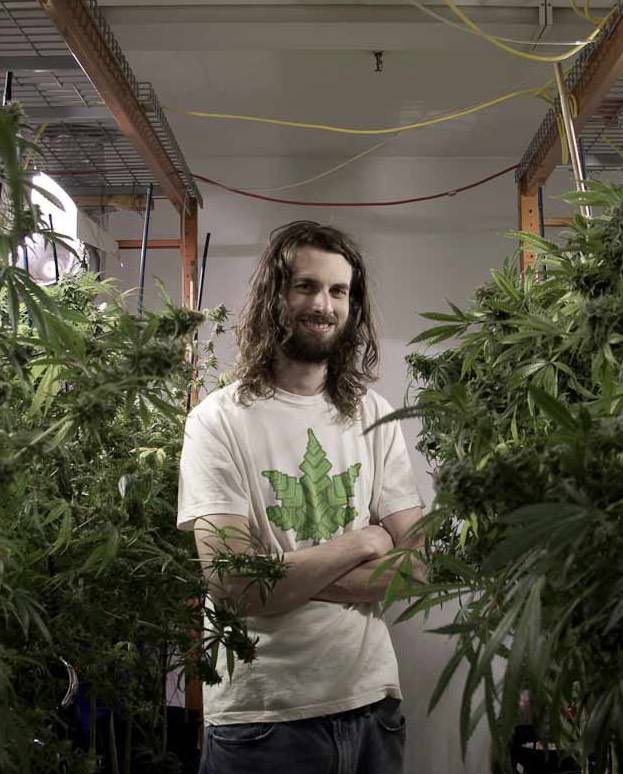 In 2012, THCC expanded to provide a dispensing service, with patients helping patients, in the physical space above Enns’ business, the Grow-Op Shop. His shop provided the supplies needed by medicinal cannabis patients and medication providers who self-produced their medicine. THCC also spearheaded a Cancer Clinic, where cancer patients are taught about using cannabin (cannabis oil) to treat their cancer. In honour of Rick Simpson, and to make this often very expensive mode of treatment possible, these members were subsequently provided with free medicine. This clinic is a wealth of success stories!

March 2013 marked the initial raid that resulted in both Enns and his wife being charged with offences in respect to cannabis and cannabis resin under the Controlled Drugs and Substances Act, sections 5(1) and 5(2). The raid of the Grow-Op Shop, the THC Club and the couple’s private residence resulting in the confiscation of patient medicine, led to a standing room only press conference attended by patients, media, concerned citizens, and potential politicians. The support was phenomenal. Enns promptly announced his intention to challenge the constitutionality of the federal medical cannabis program, and to highlight the role that medical cannabis dispensaries were fulfilling, and continue to fulfill, as a means of safe access for patients requiring therapeutic cannabis.

“When we get to the Supreme Court of Canada, I have no doubt in my mind that all the activities done here will be seen as lawful,” Enns said to an ATV reporter. Enns went on to open Farm Assists Medical Cannabis Resource Centre, at 2320 Gottingen Street, Halifax, a storefront dispensary dedicated to free cannabis education, and the safe use of medicinal herbs. The resource centre opened on July 2014, with full media fanfare. “The Farm,” as members lovingly call the Center, is also home to a patient only vapour lounge, offering services such as access for qualified patients to compassionate physicians. It is a home base, too, for THCC’s meetings. The storefront is complete with medical assistance devices for individuals who require therapeutic cannabis. 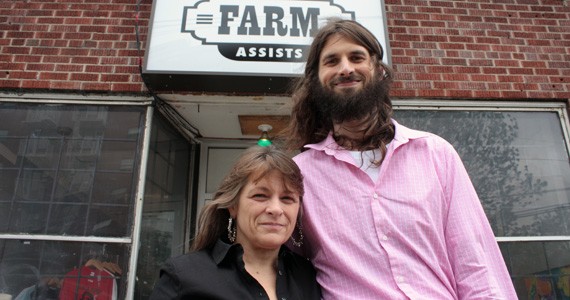 A mere two months later, on September 5th, late on a Friday afternoon, Enns and his wife, Jes, were once again charged with offences respecting cannabis and cannabis resin, and detained. Jes was released over the course of the weekend and Chris, the following Monday. This raid resulted in three locations being targeted: The Farm, the Enns’ place of residence, and their grow location that was Health Canada sanctioned. Enns has had various court appearances over the last several years. For many of these he has self-represented, asking for all charges to be amalgamated, questioning the validity of the original search warrant, demanding to have his product returned, and more. He has been incarcerated after each raid and has always been released with conditions. In fact, Enns was successful, following his most recent charges in December 2015, in showing cause as to why it was not necessary for him to await trial behind bars. The judge was keenly aware that patients were dependent on Enns for access to therapeutic cannabis for life-saving purposes; he provided judicial interim release with a personal, no-deposit recognizance of $2000 from Enns himself and a no-deposit surety of $2000, posted by a third party. In addition, there were a number of standard conditions that were listed as terms of his release

On August 17th, in Nova Scotia Provincial Court, Halifax, during a scheduled appearance, Enns sought to have those bail conditions further reduced. Accompanied by his father and other supporters, willing to go to jail to stand behind his convictions, he went into court to revoke his consent to the conditions of his release. Enns was featured on ATV news saying that his “terms (of release) do nothing to further the administration of justice.” He referred to the Allard Decision’s acknowledgement that dispensaries were at the heart of cannabis access for critically and chronically ill Canadians, and went on to condemn the unconstitutional medical cannabis program that forced patients to wait for access to their medicine. Inside the courtroom, prosecution agreed to look at the facts presented by Enns regarding bail conditions for Erin Goodwin, who works at one of the Cannabis Culture dispensaries in Toronto. That dispensary was raided on three separate occasions recently. Goodwin was charged as a result of all three raids, and yet walked away with only a $500 deposit. 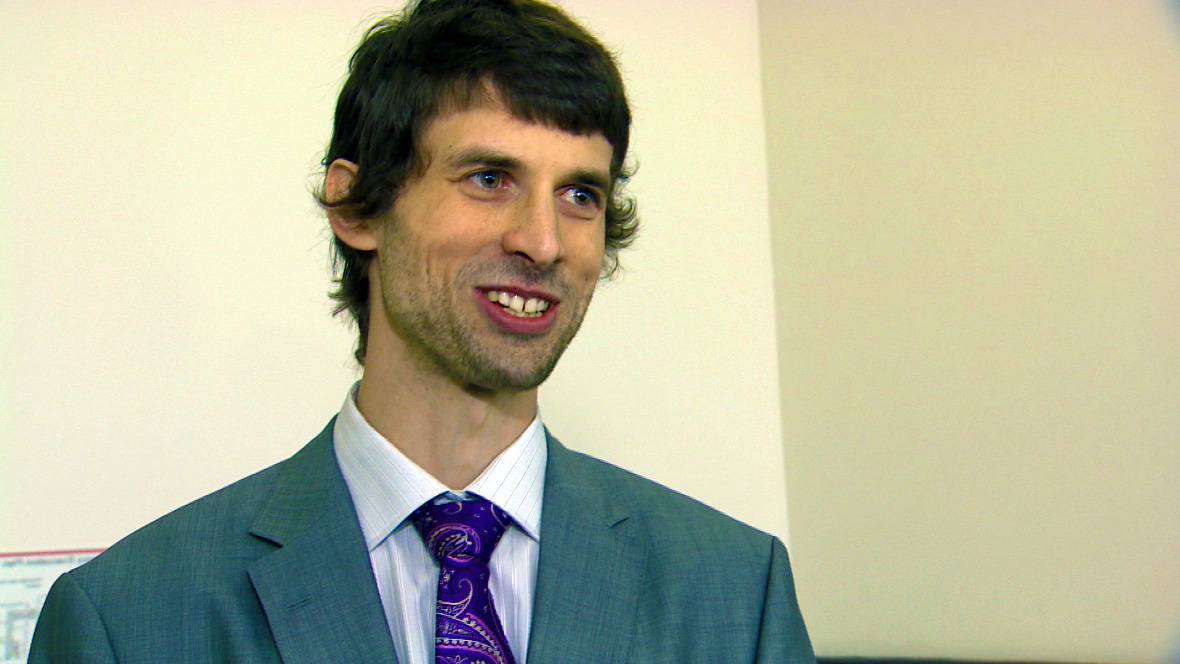 Two days later, upon reconvening, the crown would not consent to adjusting Enns’ bail conditions whatsoever, forcing the judge to schedule a full day hearing the following Wednesday, to put the reasons for originally providing his bail under the microscope. During that hearing, five patient witnesses explained to the courts why they are dependent on the dispensary in order to possess and use cannabis derivatives that they rely on for critical health conditions. Justice Lenehan dropped Enns’ surety and a condition regarding positive residence, but kept the $2000 personal recognizance intact. A publication ban exists limiting the sharing of what happened in the courtroom and any of the judges’ comments. The most that Enns could therefore say on Facebook is: “To say the minimum, I’m very pleased with the result, and positive about our defense, moving forward. Thank you from the bottom of my heart to everyone who came out to show support today, to the crown for their submissions, and to the judge for reason and compassion.”

At the end of the day, Enns is, as usual, setting the bar high here on the East Coast. Such a bold, unprecedented legal maneuver will positively affect anyone being charged in Nova Scotia Provincial Court in the future while the final flames of Canadian prohibition are being extinguished!

(Patient Perspectives – This is part of an ongoing series of blogs highlighting the perspective of medical cannabis users in the face of Canada’s plans to legalize cannabis.) Rhys Corson Why Vapor lounges should be allowed and also why consumption should be allowed in the workplace. For those of you whom have not experienced the […]