Since the Supreme Court ruling earlier this year that consummated our six year constitutional challenge, I’m commonly asked by people how I feel. It’s easy to say that I am very happy with the outcome insofar as it has helped innumerable people that I have never met escape unnecessary suffering.

For those who wish to understand more and who are patient and interested enough, I then begin to unravel the details of whichever of the many patient stories that comes to mind in that moment. While working at the Victoria Cannabis Buyers Club and introducing hundreds of people from all walks of life to medical cannabis, I became accustomed to the never-ending flow of heart-breaking patient’ stories and the consequent upwelling of grattitude for offering an alternative.

A major example has been the emergence of dozens of high profile cases concerning very young children with different kinds of epilepsy during the course of my six year constitutional challenge.  Sanjay Gupta, CNN’s chief medical expert released three investigative reports on such children and their families and caregivers. (Link to Video)  It has been my great honour to meet some of the parents and their children who have found relief from suffering by using a cannabis based medicinal extract.  At this year’s Lift forum in Toronto I received grateful embraces from a some of these parents in attendance including one Alexander Repetski, the father of three year old Gwen.

While it is certainly true that despite our successes earlier this year with the Supreme Court, the mighty cost of following through on our principled quest served as a punishment in itself, but $140,000 seems like a bargain when looking Gwen Repetski’s vital, engaging eyes and considering the dramatic life changing effects that our efforts have had. By working at the Victoria Cannabis Buyers Club and breaking the law to meet the medical necessities of the community, I knew the risks I was taking on, but I did not know the extent of the benefits that my actions would create, nor did I know how good it would feel. 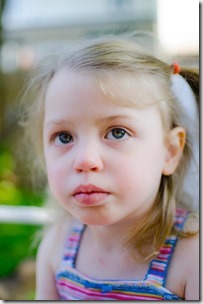 When I see the youthful curiosity in the Gwen Repetski’s glistening eyes, I feel a fluttering in my heart along with a sensation of lightness. They make me want to dance.

Alex’s daughter Gwen was diagnosed with intractable epilepsy at 3 months old. After 9 traditional therapies were tried, Gwen was still experiencing major seizures as well as consistent sub-clinical seizure activity.  Sub-clinical seizure activity occurs without the physical shaking that is commonly recognized, “it’s like your brain is being scrambled”, which was preventing Gwen’s natural development. At 6 months old she suffered major side-effects from her steroidal injections, gaining 11 lbs. in 10 days, almost doubling her body weight.  As any parent will tell you, if a treatment holds the promise to end your child’s ongoing seizures, it is worth a try.

While researching her condition he discovered cannabis. Alex found evidence dating back over 150 years that reported cannabis as an effective treatment for seizure activity. During approximately 2000 hours of research, Alex found studies showing the anti-spasmodic properties of cannabinoids and research affirming the general safety of its use. He presented his findings to the team of doctors that were taking care of Gwen. After some difficulty, one doctor took the time to read the studies that Alex brought him and was convinced that cannabis wouldn’t hurt her. He agreed to help Gwen access the MMPR. 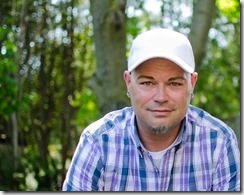 Alex found Avidekel on the menu of MedReleaf. Avidekal is a high CBD strain with a content of 0.3 – 0.9% THC and 16 – 18% CBD originating from Tikkun Olam in Israel. Avidekal is among the most CBD dominant cultivars available. These strains incur little to none of the psycho-activity that is commonly associated with consuming cannabis. Avidekal is tested for contaminants before being sold to Alex in dried form, at which point he extracts the cannabinoids and tests his final product to ensure an accurate dose.

He admits this is a laborious process and would like to be able to purchase what is needed instead, but he does find some security in monitoring the whole process himself. It doesn’t require a chemistry degree but some basic understanding is important. He dissolves the concentrated cannabis into Avocado oil before administering a precise number of milligrams of each cannabinoid in a specific millilitre dose orally with a syringe.

Gwen hasn’t had a seizure since the second day of her treatment. EEG’s have continued to show no sub-clinical seizure activity. She is currently 80% through the process of weaning herself off of her previous conventional treatment, Valproic Acid (which didn’t offer the seizure control or benefits they have seen with cannabis). Alex says that his detail-oriented process and the measured administration of mg. doses of cannabinoids in an edible oil makes sense to her physicians.  Although she is still non-verbal, her doctors are pleased with her progress and continue to monitor her situation. Side effects from her cannabis use appear to be negligible. 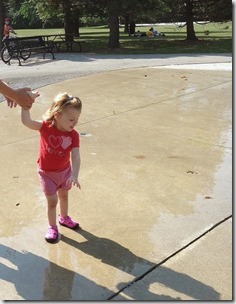 Since the seizures have stopped, Gwen has restored her natural ability to learn skills, drastically improving her quality of life. She is now able to crawl, to walk with assistance and perhaps soon to run. In fact, in a recent conversation with Alex I learned that Gwen just recently stood up by herself for the first time. Gwen is now able to engage with her family, “her brother thought until now that baby sisters don’t bother you.” He’s quickly learning otherwise.

Until the Supreme Court Ruling came down in June, Alex was ready to fight for his daughter in court. He was technically breaking the law in the same way that I was arrested for in 2009. He was thankful for our victory and feels the ruling has lifted a weight from his shoulders. Sometimes breaking the law is necessary to prevent the suffering of another human being. In such cases as these, the risk of punishment is far outweighed by the rewards of compassion. In the words of another heroic parent, “you have never lived until you have helped someone who can never pay you back”.

I recently interviewed Alexander Repetski on Time4Hemp radio, take a listen
(A shorter version of this article previous appeared on LiftCannabis.ca)

By Diane Walsh   Why Not Hemp Paper? Half of the world’s forests have been cut to make paper from wood. Sad, don’t you think? Here’s something you can do about deforestation. Seek out an alternative—fibre sources derived from hemp, that are fresh tree-free. Though not widely publicized, the hemp paper market does exist. It […]