Deprecated: The $control_id argument is deprecated since version 3.5.0! in /home/oq5ayjaeetjt/public_html/wp-content/plugins/elementor/modules/dev-tools/deprecation.php on line 304
 A Critique of the Utillian 720 Vapourizer - Cannabis Digest
Skip to content

Verb: to inhale vapour through the mouth from a usually battery operated electronic device that heats up and vapourizers liquid or solid material.

Noun: i) the electronic device itself, as in: I use a vape. ii) An instance of inhaling, as in: I took a vape.

Derivative terms: a vaper, as in: someone who vapes.

Etymology: derives from vapor, or vapour

Comment: Vaper is charmingly like viper, as in: If You’re a Viper (meaning, a fan of cannabis) composed and first recorded in 1936 by legendary jazz violinist, Stuff Smith. Note to Utillian: could now be updated to: If You’re a Vaper.

Vapourizers are healthy alternatives to joints and pipes, as they heat the herb or its concentrate, to temperatures below ignition, producing an inhalant relatively free of particles. They represent an additional step beyond smoking, as they allow the vaper to choose from a range of vape-temperatures. Heating can be done via conduction, that is, contact with a super heated surface like stone, metal, or glass; or via convection, that is, contact with hot air drawn through the plant material.

Vapourizers come in stationary and portable versions. Although the origin of the term, as noted by contemporary dictionaries, is the 1980s, stationary vaping dates from ancient times. Many cannabis consumers will be familiar with Herodotus’ account of the Scythians in 500 BCE, inhaling vapor from hemp tossed onto heated rocks. Similarly, ancient Egyptians are known to have employed a hookah, or water pipe, not vaping exactly, but certainly inhaling an improved quality of smoke. 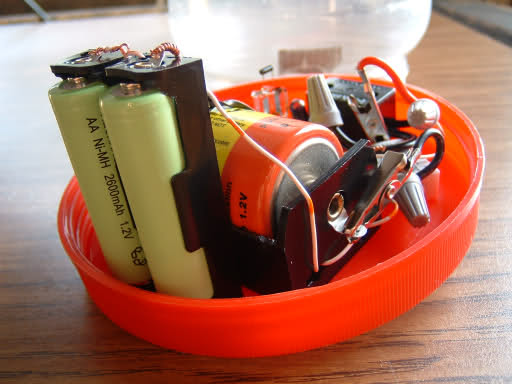 Stationary vaping in modern times took off with the work of Dr. Lunglife, published in High Times in 1989. Using parts available from Radio Shack, Lunglife’s design used cannabis concentrate brushed onto the filament of a one or two watt light bulb, plugged into a ceramic base, wired with a switch, powered by a NiCad, rechargeable battery, and covered with jar featuring a breathing hole. In the 1990s another maker, Eagle Bill Amato, created a glass globe with a breathing stem, at the bottom of which sat a metal plate for bud; fired up with a heat gun. The best-known stationary unit today is the German-made Volcano, by Storz and Bickel. Listed at $670.00, it remains today the model of perfection, offering an infinite range of temperatures. You’re likely to see it stocked by your neighbourhood vape lounge.

Stationary vapourizers were soon followed by smaller, portable varieties. The Utillian 720, the focus of today’s blog, is one of these. At 2 ¼” wide, 4 ¼” long, and about 1” thick, this unit is comparable to Storz and Bickel’s Mighty, but at $219.00, is half the price. Here are some salient features.

2. The oven, which heats via convection, takes a good amount of dried flower. What’s a good amount? I’m a light consumer; I might take a four of five tokes twice during the afternoon, and the same again twice more in the evening. At that rate, one fill lasts me a couple of days plus.

3. The unit holds its charge well. A light at the bottom of the Utillian indicates battery strength: green, fully charged; red, needs charging; greenie yellow through orangey red, easy to guess. Fully charged, for me, the Utillian is good for two or three days, ‘up to’ meaning: tokes vary in length. One review has suggested that the Utillian 720 is good for 1½ hours of continuous use. They must have had a team. 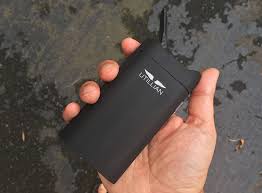 4. The box contains useful extras. I don’t use concentrates, but the Utillian comes with a wax or shatter chamber, tweezers, and a wax tool. It also comes with two extra filters, and rubber ‘o’ rings (that hug the filter); a cleaning brush, and a USB cable.

5. The overall vaping experience is good, although here I make a confession. I am unable to understand why reviewers romanticize the flavour of vaped cannabis. I’ve tried five good quality portable vapourizers, and I can only taste shoe polish, or floor cleaner, or furniture wax. Notwithstanding this peculiarity, possibly rare (I invite feedback), the Utillian 720’s vapour is cool and easy, even at the highest temperature.

6. The Utillian 720 looks classy: an asymmetrically oval prism ridged vertically at each side, in anodized aluminum, with a black, soft, rubberized finish. The mouthpiece swivels out for use, and parallel for storage. At a glance, it’s not unlike a phone, or a remote, or a small carry case. This similarity gives it stealth-value, still a virtue.

On the critical side, I have this to say. For the consumer interested solely in concentrates, a smaller, less expensive unit like a vape pen might be the better choice. 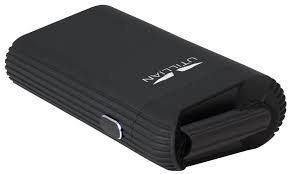 More generally, I have a problem with the cost of vapourizers. But then this is a problem not unique to vapourizers. It attends all ‘green’ improvements, from alternative therapies to organic foods. People surviving on low wages, or small pensions, simply can’t afford them. Never having calculated the price of making an object like the Utillian 720—I doubt that I have the skill—I cannot comment on cost saving measures. The present generation of vapourizers is young; perhaps the emergence of a second hand market in the future will, as with cars, distribute them more fairly. I do not argue either, for government subsidies, as I believe they would bring inflation. Still, my heart glowed a little as I read through Dr. Lunglife’s vape plan. It can’t have cost more than a few dollars to build. Providers of medicine friendly technologies would do well to think about distribution. The rest of us should become rampantly inventive, combing YouTube offerings, electronic shops, hardware stores, craft stores, discard bins, and second hand markets, for ideas. In the meanwhile, vapour from the Utillian 720, if we can manage it, will not go astray.

420 Origami Cranes For The Healing Of Canada With Cannabis

(Editors Note: While this project is near its conclusion, you are encouraged to start similar art projects in your own town or city.) Julia Veintrop  “Love From The Cannabis Business Community Of Victoria and the people supporting it” To Whom It May Concern, Canada is in need of some healing socially, economically and environmentally.  Alongside […]