Aside from having PTSD and fibromyalgia myself, I am also the 24/7 caregiver for my wife, Christine Lowe, who suffers with epilepsy, PTSD, and the pain that comes from living with epilepsy for 46 years.

In the summer of 2014, we received a gift: a vaping pen for vaporizing concentrated marijuana oil often referred to as “wax”, “dab”, or “shatter”.

Although I enjoy this method of pot use myself very much, it is the help to my wife’s seizure disorder that the device offers that has really sold us.   My wife has several different kinds of seizures, as she has a rare and hard-to-treat kind of epilepsy known as “complex-partial, secondary-generalized”. She has no lump or lesions on her brain, she has what the doctors explained was a “generalized electrical problem with her central nervous system” causing her to have seizures.

When a mild seizure starts to come on, it is usually characterized, at first, by pursing of her lips and subtly twitching facial muscles. We never know if this mild seizure will morph into one of her extremely violent convulsive seizures, so, since last summer, we have elected to get her dosing with the vaping pen as quick as we can, to help avoid one.

Not every mild seizure will grow into a convulsive one, but any one of them could. And any one of her convulsive seizures could – technically – be her last. Heart failure or stroke is a real possibility. When she starts to have a mild one, I quickly open her lips to let the two to four fluid ounces of saliva she just produced drain onto the floor, and then put the vaping pen in her mouth to get her to inhale. She has just barely enough presence of mind to inhale from the device, and we have, we think, managed to divert her away from dozens of these convulsive seizures since the summer of 2014. It is counterintuitive to put anything into the mouth of someone having a seizure, but until someone invents a Bane-like face mask to deliver the medicine quickly, we are stuck with this. 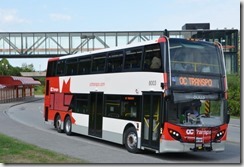 In August of 2015, I had to deploy one of these pens on an OC Transpo (city) bus for the second or third time. The driver stopped the bus, and called security, as he is mandated by regulations to do. I became rude with him (apologized later), and got Christine and our groceries off of the bus as soon as she could stand up.  It wasn’t long before the OC Transpo “special constable” arrived. He and the platform supervisor I spoke to were both very calm and polite and helpful, even in the face of my sweaty-faced brusqueness. They suggested I call a certain person at OC Transpo to discuss the issue. We were not charged with anything.

Eventually, after a few phone calls back and forth, I spoke to the number one top guy in the OC Transpo security detail. We had a lengthy conversation, and he informed me that every one of the OC Transpo special constables in Ottawa had already been informed about the use of vaping devices for medical marijuana users. He told me that they have been instructed to treat any encounters with people using them more gently than, say, some young fellow or lady just vaping away with their tobacco-substitute device on a bus or platform. 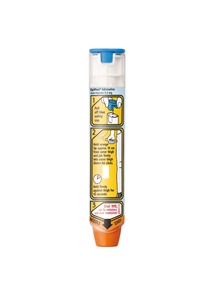 “We consider these things to be sort of like epi-pens.” he told me. “I know that is a bad analogy, but….” “No, no!” I interrupted, “That is the perfect analogy! Epi-pens and asthma puffers. That is the category we are in!” I was enormously heartened to hear an Ottawa city official say such an intelligent and progressive thing about marijuana use.

So now I can take my wife on the city’s public transit system with the knowledge that, in the case of some driver or passenger making a fuss in the face of me vaping my seizing wife, I won’t also have to deal with some pushy security person making things even more complicated for us. I can, in fact, feel assured that if anything serious – like one of her full-on convulsive seizures – happens, I can count on their help and co-operation instead of their interference.

This is an incredible leap forward for our collective cause, I feel, and the fact that it came in a staunchly-retro cultural backwater like Ottawa was doubly impressive.

Next article Into the Breach, Part 1

10 Areas of Difficulty and Opportunity for the Cannabis Community