David “ Guppy Fish “ Easterbrook was a life-long chaser of love and life, who made himself known from coast to coast for his Rainbow suspenders; roller-skates and Coon-skin hat; his dapper, silver adorned chapeau; his moustache; Guppy-Goo; and Wibble-Tokers, for the consumption of world class Cannabinoids.

He started his Cannabis and Spirit journey one fateful Valentines-Day when he returned home from the air-force, and joined his friends to sit in his friend’s newly done up hot rod. They fired it up to listen to it run, and then someone passed around a joint, his first…well, let’s just say he started fast ‘cause it was DMT cured.

After enjoying watching things fly through the car, and blasting the radio until the car ran out of gas, he fell in love with Mary Jane and the hippie lifestyle.

He was already the Huck Finn and Tom Sawyer type, but this really started him on his biggest adventure. It took him all the way to places like Woodstock, Rochdale College, and Shambala. He finished his journey, making a world of difference in the Vancouver cannabis scene, or “Vansterdam.” 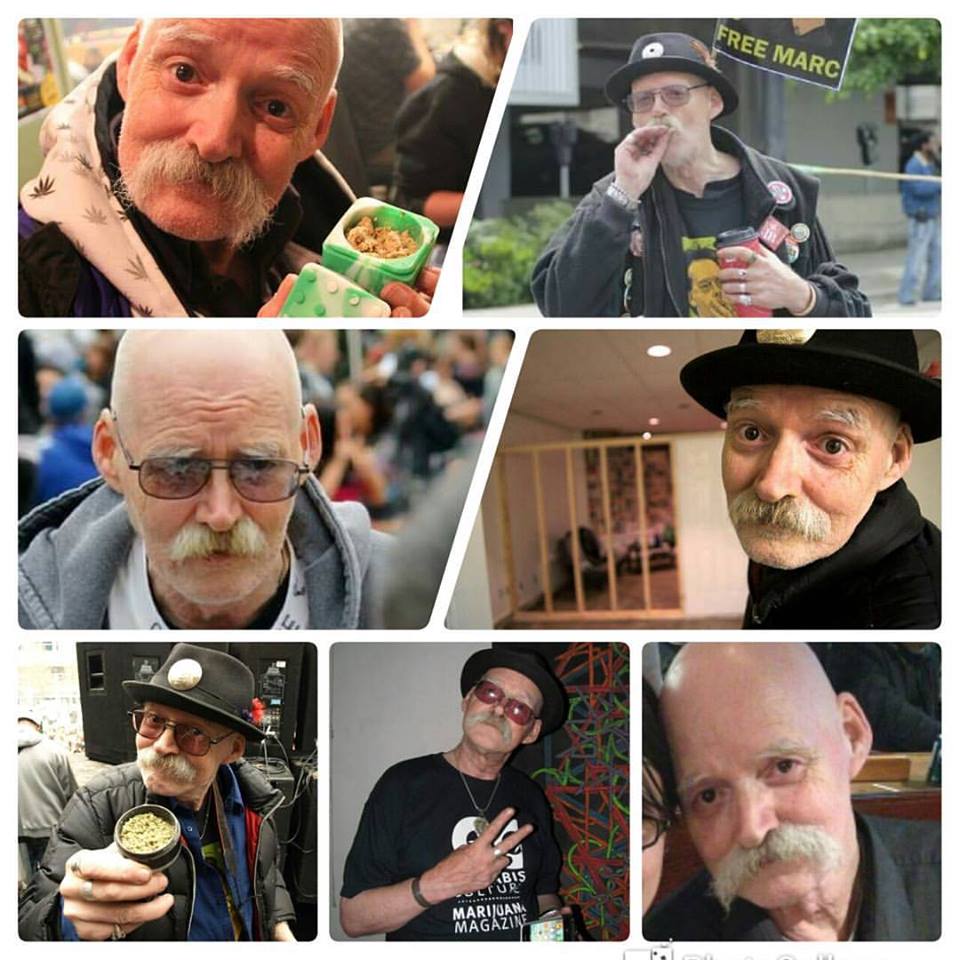 He had always been known for his genuine love for photography, creativity, love, and of course, Cannabis. He had spent a lifetime learning the various methods of growing and extracting Cannabis, and became best known for his product, made of a mixture of premium extracts. He called it Guppy-Goo. The fun, and the funky glassware almost always guaranteed to leave you on the floor, or at least leave your head spinning.

His special recipe for spreading goodness was based on recognizing the hurt and damage in others, and on sharing genuine love, support, and respect. Most importantly, he shared the truth, even when it hurt. He always did so in the gentlest way possible because he knew that “we have all been there.” He could always be found doling out tokes, hugs, and sage advice at his usual haunts: the Vancouver Seed Bank, The New Amsterdam Café, and the Cannabis Culture Lounge.

He loved nothing more than watching others grow, and did all that he could to support everyone the same way that they supported him.

Some of his greatest achievements involved helping to instill love and camaraderie in the community, and running a Cannabis friendly studio that hosted the 1st Kush Cup. It was the first, open to the public, indoor, 4:20 market in Canada. He opened a dispensary, and hobnobbed with some of the biggest names in the scene, like Timothy Leary, Woody Harrelson, and his long time hero, Tommy Chong.

David finished his journey last December when he lost his battle with lung cancer. In the end he was surrounded by loved ones, and comforted by knowing that he had spent a lifetime spreading hope and wellbeing in his community.

He will always be remembered for leaving you feeling warm and fuzzy with a toke, a hug, and his favorite saying: “Thank you for being a part of my dream.”