Last month in her article for Canlio, The Trouble With Defining Cannabis Use, Jamie Shaw walked us through some of the difficulties in deciding how to divide the medical uses of cannabis from the recreational.  As we approach legalization, this distinction takes on new and urgent meanings.  In the upcoming system, there should be tax breaks for patients.  But maybe there won’t be.  There should be cannabis tax funds set aside for medical research.  But, as Trudeau has noted that he wishes especially to see these funds used for drug addiction research and mental health, maybe medical research will be sidelined.  The history of prohibition and the 20th century re-birth of medical cannabis have both contributed to how the medical side of the issue is framed today.  Jamie is correct in following this line of inquiry.  As activists, we need to come together on some understanding of this distinction, if we are to help make Canada’s new legal system responsive to patients’ needs.

As Jamie noted, dictionary definitions are not much help.  Webster’s calls something medicinal if it prevents or cures a disease, or relieves pain.  According to the pain part of this definition, we should be able to use it, when needed, in lieu of Tylenol.  In an ideal world, that’s pretty much how it would be.  But, as Jamie observes, not just any pain will clear a prospective patient to access cannabis today.  It has to be chronic pain.  Why?

The answer, as I see it, lies not in language, but in the peculiar, contemporary history of cannabis.  When in 1991, the city of San Francisco passed Proposition P to allow the medical use of cannabis they did so to support patients with AIDS and cancer.  When in 1995 California passed Proposition 215 to allow medical use for the state, the reasons were similar.  The California of the 1990s had a vibrant gay activist community, and that community’s medical problems were at the heart of the opening of the North America’s first dispensaries.  Had the issue been occasional headaches those initiatives are not likely to have been started, and even if they had been, they would not have passed.  That’s because prejudice against cannabis in the 90s was such that only a life and death issue would have sufficed to push beyond it

We have lightened up a little since the 90s.  But there remain conceptual problems with asking for medical cannabis to treat occasional headaches.  These headaches are not listed anywhere as an illness, and they are not usually something for which one visits the doctor.  I would go so far as to say that they do not constitute an illness.  There is also acute sudden pain, of course.  That kind of pain will send you to the doctor or perhaps straight to the hospital.  But that kind of pain will also normally lead to a diagnosis of some sort of illness.  For a milder discomfort to count as illness, it needs to be chronic.  Laws have been changed to allow access to cannabis for treating aids, glaucoma, epilepsy, and so on.  These conditions have in common that they are debilitating states of health, many untreatable by conventional methods.  Our laws today are responsive to the needs of patients with conditions like those listed by pioneering American, historical researchers like Tod Mikuriya.  In the main they are chronic conditions, as opposed to acute ones.  In effect, we currently define medical use as use for an illness on that list, and we do so in part because that’s how the medical cannabis issue has evolved.

There is strength in this evolution.  A statement near the end of Jamie’s discussion struck me as especially important.  She writes: “[Cannabis] is still being used as a medicine by those in need, and the returned legal status of cannabis must reflect that.”  The fact is, whatever doubts lurk in the minds of Liquor Control Board members, who wish to sell recreational cannabis, in the minds of the general public as yet uneducated on the subject, and in the minds of skeptical doctors, most patients have excellent, well documented reasons for their cannabis use.  History has demanded that they have such reasons.  The new CAMCD rules recognize this strength, and that is precisely why CAMCD is so important.  Whatever else happens in legalization, and regardless of shops that call themselves dispensaries but sell to anyone, there are real patients.  There have been from the beginning.  And many of them struggle financially.  They need all the help we can give them.

One of the difficulties for patients is that most of the doctors are not on board.  They are understandably annoyed that Health Canada has charged them with the responsibility for prescribing or recommending a ‘medicine’ about which they know little or nothing, whilst offering almost no educational support.  There is little educational support because the old Health Canada did not believe in medical cannabis.  But even if such support were to materialize, how much time will busy doctors want to spend learning about the endocannabinoid system, a neurological signaling system that they never once encountered in their medical texts?  Who’s going to convince them that it is important to understand?  Thus far the patients have been the ones educating their doctors.  It would be frankly easier for doctors to support legalization, let patients get on with accessing the plant in recreational shops or medical dispensaries, and carry on prescribing the medicines they have been trained to understand.  If we can’t get most doctors in Canada to recognize cannabis as a medicine, we may have a hard time convincing the Liberals, as Jamie puts it, about the importance of “those in need.”  This problem is all the more serious because it may take decades for the large studies the medical profession demands to be completed and published.

We do not live in an easy world.  We experience family breakdown, unemployment, widespread poverty, job insecurity, and unbelievable levels of chronic, serious illness.  People suffer regularly from stress, leading to low level and acute level depression.  When you come home from a tough day at work, you can pour yourself a drink.  That’s part of what we mean, oddly enough, when we think of alcohol as a recreational drug.  Or you might light up a cigarette.  That’s part of what is meant, in effect, by calling tobacco a recreational drug.  When you’ve had a bad night, you can perk yourself up with an espresso.  That’s part of what it means to have caffeine as a recreational drug.  That all sounds funny until one thinks about the recreational side of equation.  Recreation is important to health, and substances that help us to de-stress, used properly, are health tonics.  For some users alcohol, tobacco and caffeine are primarily tonics.  They may fail us in some ways, but they may also keep us from falling apart.  Some substances, as Jamie has noted, are therapeutic.  They are ‘restoratives.’  Tonics, therapeutics, or restoratives do not treat specific illnesses, but they help us to feel better.  Cannabis does that.  It does less harm than any of the above, and provides other health benefits besides.  It can improve sleep, and perhaps improve general immunity.  In our world, we call substances recreational when the truth is that really we could not do without them.  We call them recreational because recreation is vital.  The sooner recreational cannabis is legalized, the healthier we’ll be. 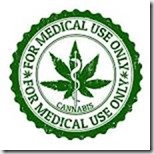 Taxation and the cost to patients of cannabis medicines, however, is no light subject.  We must continue to encourage and support dispensaries with solid protocols, and knowledgeable staff.  They help to raise the profile of this medicine, and awareness of the patients.  Aside from this strategy, it is essential that the retail price of recreational cannabis and the price of medical cannabis turn out to be about the same.  If the recreational is much cheaper, customers may flock to that, even if it means less than ideal medicinal effects.  If the medical is much cheaper, people will feign illness, and that will continue to muddy the issue.  If it is more expensive to produce the medicines, as I am guessing it will be, taxes from recreational sales should go first, to offset the difference.  Legalizing cannabis is therapeutic for society.  We all look forward to it.  But legalization will not be complete until we find a fair way to price cannabis medicines that remain a lifeline for patients.  We need to subsidize them.  And needless to say, we must each be allowed to grow a few plants.  I think I’ll repeat that point at the end of each blog, no matter what the focus.  Maybe the vibes will reach Justice Phelan as he ponders the Allard Case.

High Cannabis Digesters!! First off, one of the good pieces of news to digest is the release of Marc Emery, the Prince of Pot, after almost 5 years incarcerated in a land he was not allowed to visit on his own. It is great to see him and his wife Jodie reunited. They are now […]

Cannabis Regulation and the Demons of Absolute Control

Judith Stamps I have begun to suspect that that the minds of some contemporary regulators are under the control of demons. I offer the following examples. Example One In September 2015, the State of California passed the Medical Marijuana Regulation and Safety Act (MMRSA), a comprehensive State licensing system. The Act requires the State to […]

The Cannabis Digest is Growing Again

Ted Smith Bigger and better than ever, the Cannabis Digest is evolving as we all watch the cannabis industry explode around the world. In fact we could have even tried to make the last issue 32 instead of 28 pages but we actually forgot to put several of our advertisers in the paper, for which we […]