Deprecated: The $control_id argument is deprecated since version 3.5.0! in /home/oq5ayjaeetjt/public_html/wp-content/plugins/elementor/modules/dev-tools/deprecation.php on line 304
 employ-American-Farmers-Hemp-farm.jpg - Cannabis Digest
Skip to content 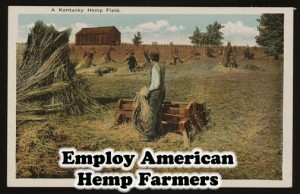 Since the late 1990s, indoor cultivation of marijuana has been a constant focus of attention by the RCMP units that comprise the civil police for 62 out of 74 of BC’s municipalities.  Through their reports, these units supply the crime information most heavily relied upon by mainstream media.  In this way, they paint the portrait […]

From the tender age of 13, Gayle Quin was destined to be a cannabis activist. It began in 1970.  Her mom threw out plants she found in the house. Gayle defiantly picked the plants up and replanted them near her home. There was a very good reason she has fought so hard for this […]