Deprecated: The $control_id argument is deprecated since version 3.5.0! in /home/oq5ayjaeetjt/public_html/wp-content/plugins/elementor/modules/dev-tools/deprecation.php on line 304
 Hemp-in-USA3_thumb.jpg - Cannabis Digest
Skip to content 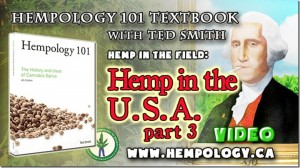 Is April 20 Ready To Become An International Holiday?

Ted Smith As the United Nations gathers a Special Assembly on global drug policy in New York City, cannabis enthusiasts around the world will celebrate the changing landscape the entire day of April 20.  With victories big and small to celebrate in almost every country on the globe, there has never been so much hope […]

On May 14 2015, under the direction of Mayor Lisa Helps, Victoria City Council voted to follow Vancouver City Council’s lead and regulate medical cannabis dispensaries as legitimate, taxable Victoria businesses.  Over the next few weeks, in conjunction with the city’s legislative and regulatory offices, city police, and senior members of the cannabis […]