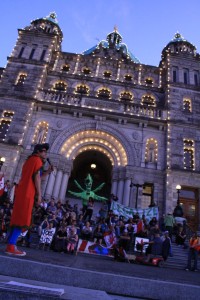 Battling Daren the Lion     This is the story of Educators For Sensible Drug Policy. It begins in 2001, when 21-year-old Adam Jones, an education major at the University of Montana at Billings, was arrested for possession of ½ gram of psilocybin mushrooms. He was sentenced to five years in prison, a sentence later […]