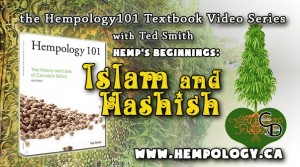 There have always been regimes of truth underpinned by churches or political economies, and supported by laws and law enforcement.  Reefer madness comes to mind.  But so does the notion that gays are insane (in North America, officially so listed until 1973); that women are not fit to vote (until 1917 in Canada and […]

By Ted Smith Last Friday March 20 was a dream come true for myself and many other cannabis activists. Normally I would say you had to be there, but in this case there is actually a recording that will forever show the government dismally fail in its defense of the medical cannabis regulations.  Over the […]

By Jesse Stamm Hello Hempology students! I am an articled student (graduated from law school, will be writing the bar exam in Sept.) at Roger Batchelor Law Corporation in the Western Communities. I moved to Victoria in 1994 to attend the University of Victoria, and have spent 10 of those years completing two Bachelor’s degrees […]