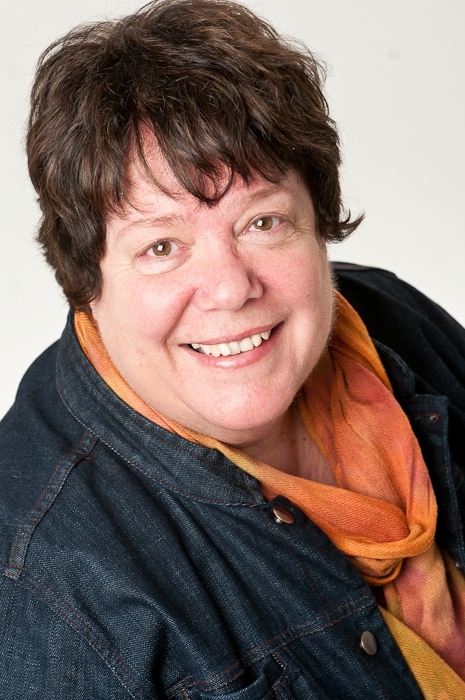 Libby Davies came to Vancouver in 1969 after immigrating to Canada with her family in 1968. She was involved in grassroots community organizations from that time on in Vancouver, with a focus on the Downtown Eastside—she dropped out of university in 1973 to help found the Downtown Eastside Residents Association (DERA) with Bruce Erik- sen, Jean Swanson and other residents of the area.

One of the group’s first actions re- volved around the Carnegie Library in Vancouver, which was vacant for years prior to its designation as a historical property in 1972. The city went through many rounds of trying to sell or lease the building, but the cost of maintain- ing, restoring, and repairing the property while maintaining the historical features was too costly for a reasonable bid to sell the building. After proposals from DERA and another organization, the Downtown Eastside Residents Associa- tion was chosen to take the building after extensive repairs. The grand reopening of the Carnegie Community Centre was in 1980. In 2010, DERA was sued by BC Housing and, unable to pay $500,000 in taxes and rents for their buildings downtown, the advocacy group closed its doors. Libby Davies had this to say: “The allegations are very serious and I feel very saddened.” Though one of the original founders, Davies had not been involved with the organization during their de-

cline in the 1990s. “My concern now is that the housing be run properly and be maintained.”

During the 1990s, Davies was work- ing in federal politics, and was elected as the Member of Parliament for Vancou- ver East in 1997, and still serves there today. From 2003 to 2011 she was the Deputy Leader of the NDP under Jack Layton. In Par- liament Libby is an outspoken advocate for women’s rights, GLBT rights, the poor, and other groups.

Davies has been an advocate for drug policy reform for years, and in 2007 was awarded the Jus- tice Gerald Le Dain Award for Achievement in the Field of Law; she was ad- amantly against Bill C-10 in all its prior forms; Bill S-10, Bill C-15, etc.; she has sup- ported Insite through its troubles finding a permanent location; stood against the Government of Canada while they ex- tradited Marc Emery; and she has been adamantly against changes to Canada’s Medical Marijuana program that make the program less functional for patients in the goal of keeping the program in line with the prohibition of marijuana.

With a mind for Harm Reduction, Da- vies vocally opposes Canada’s Drug poli- cy based on its contradictory application and disregard for the lives of Canadians skewered upon it. “Many are likely not aware but ‘sharing a joint’ is considered trafficking un- der our current federal laws,” Davies said in 2004 while urg- ing Paul Martin to reintroduce marijuana law reform in Parlia- ment. She add- ed: “Paul Martin and the federal government re- fuse to face the issue, and as re- sult lives are ru- ined because of criminal convic- tions. And com- munities and local business will be unfairly affected by police raids.” In 2007, Davies partnered up with

NDP Health Critic Judy Wasylycia-Leis (Winnipeg North) and Public Safety Critic Penny Priddy (Surrey North) to criticize the Conservative Government’s approach to drug policy. Davies called it a U.S. style war-on-drugs that creates a culture of fear. “This so called drug strat- egy fails to address the very real needs in our communities. Experts and average Canadians alike agree that we need to in- vest in real, long-term solutions to drug use and the problems that result from serious substance abuse […] Empirical evidence has proven that treatment, pre- vention and harm reduction programs, that are community based and acces- sible to drug users, are key components in preventing drug use,” she went on to hammer the government for its failure to acknowledge the benefit of harm reduc- tive strategies in spite of evidence.

Libby Davies and the NDP also called out to stop the extradition of Marc Em- ery. Davies said this: “People don’t un- derstand why Marc Emery should be extradited. He was never prosecuted in Canada for these crimes, and I think people see it as a question of Canadian sovereignty.” Davies was one of the last people to publicly interview the Prince of Pot in the few days before his extradi- tion, in Vancouver, for Rabble.ca and it is urged to look up and have a read if you haven’t already.

In 2009, the Conservative government of Canada introduced legislation, Bill C-15 to introduce mandatory minimum sentences to the Canadian legal system. Davies, with the NDP as a whole, spoke out against it. “Mandatory minimums have been an expensive failure in the United States, di- vert needed resources from prevention, treatment, and harm reduction measures, and further criminalize what must be rec- ognized as a public health issue,” Davies pointed out in a press release from June 15th. She went on to criticize the Conser- vatives for pushing this on Canada when “not one witness, not one study, could show that mandatory minimums work to reduce drug use or drug crimes.”

After almost a year and steep opposi- tion, Bill C-15 was reintroduced as Bill S-10 almost identical to its predecessor; the NDP and Davies were in opposition until Harper’s prorogation of Parliament killed the bill (and took a stab at democ- racy). The next incarnation of mandatory minimum sentences in Canada’s Parlia- ment was Bill C-10, which sadly passed through a Conservative majority govern- ment regardless of NDP opposition.

Davies has spoken out against civil forfeiture, aptly pointing out that what is taken in a civil forfeiture case to buoy the cost of the war on drugs is handily taken care of by the cost of more indi- viduals who are homeless or at risk for homelessness. She vocally supports cam- paigns like “Stop the Violence BC”, and has taken a stand for medical marijuana users. While urging the government of Canada to stop criminalizing medicinal marijuana users she said this: “The recent raids will only serve to punish legitimate patients whose medical needs are being ignored by the federal government […] Compassion Clubs must be allowed to operate and the federal Health Minister must immediately address the concerns of the BC Supreme Court, and ensures accessible, accountable Marijuana Medi- cal Access Regulations.”

After Thomas Mulcair was elected as the leader of the NDP, he made an ex- tremely ignorant statement about mari- juana that leaves many people worried about the future of the NDP’s commit- ment against the war on drugs. “No. I think that that would be a mistake be- cause the information we have right now is that the marijuana that’s on the market is extremely potent and can actually cause mental illness.” This is contrasted from the stance on decriminalization he took in the beginning of the NDP leadership campaign. “I also support the party’s ex- isting policy on further decriminalizing the possession of marijuana for any use with the goal to eliminate the influence of organized crime on the production and distribution of marijuana,” he said.

The NDP and Mulcair have clarified the statement, saying that Mulcair was speaking about legalization, and that he would support an updated Le Dain- style commission on marijuana. Whether Mulcair’s personal opinions influence the NDP, we can watch to see any changes in the actions of the NDP to defend us.

Though the Liberal Party of Canada recently voted to include marijuana le- galization in their party platform, and though they have seized upon Mulcair’s verbal flatulence regarding the potency of marijuana, actions speak louder than words.

The Liberal Party worked together with the Conservatives on Bill C-15. And no matter how many posters Young Liberal Party members of Canada paste up saying that Mulcair doesn’t support marijuana, it isn’t going to change the body of history behind the two parties speaks, and we all have cause to watch their actions closely in the next few months to see who is our friend, and who expects our votes by saying they will sup- port us without the intention of doing so. Marijuana users don’t necessarily need Thomas Mulcair, because we have Libby Davies.

Previous article Educated Cannabinoid Crusaders : Could cannabis be an essential nutrient?
Next article US Medical Marijuana Update: Changes being made accross the country

Julia Veintrop·July 26, 2020
There are no comments yet No comments