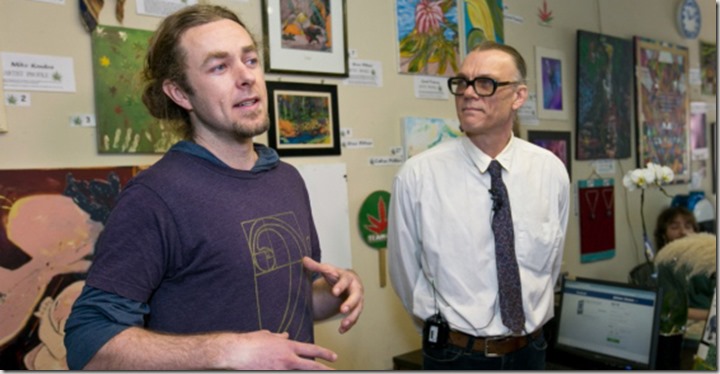 The landslide 7-0 decision from the Supreme Court of Canada in my favour is now a landmark in the landscape of Canadian cannabis litigation. The facts that we assembled form a fortified field position for further advancements against the forces of cannabis prohibition. While the war wages on, the battle of R v Smith is finally over.

The media coverage of the Supreme Court of Canada ruling was a series of short and simplified stories attempting, with little success, to explain the details of our constitutional arguments. The news focused on the absurdity of children smoking to abate their epilepsy, when an edible oil is obviously more suitable. This extreme example is sure to connect with many Canadians who were previously unaware of the horror these families go through.

The media repeated that the court had permitted patients to choose one form over another.  It should be made clear that making an extract is not a trivial choice for patients, but a logical process one undertakes to achieve the sought after benefits, and avoid unhealthy contamination from potentially hazardous plant material. The reports that patients can now eat their cannabis instead of just inhaling it are not precisely true.  Patients were previously permitted to eat their cannabis as long as they ate the aforementioned plant material.

When considering the impact of the Supreme Court ruling, it is important to understand the role of the court. It was a point that was heavily stressed by the government’s lawyers: the court does not make laws. It is left up to the “wisdom” of the elected parliament to formulate laws which are consistent with the rights and freedoms enshrined in the Canadian constitution. Courts only strike laws down that are found, through expert evidence and scrutiny, to be inconsistent with those rights.

The ruling went into effect immediately despite the Harper government’s request for a 1 year suspension to buy them time to create new regulations. The crown had reminded the judges that crafting regulations is very complex and difficult and takes time. However on July 8th, less than one month later, Health Canada issued a series of Section 56’s exemptions to parties involved in the medical marihuana regulatory frameworks.

When I read that the government were allowing LP’s to sell derivatives in response to my Supreme Court Ruling, my first thought was ‘fire up the chocolate factory!’  Upon further reading it doesn’t seem that the old Hershey plant at Tweed will be making anything so exciting. Tweed announced their upcoming Oil Extract Products on the same day, but their exemption will not allow their cannabis oil to contain any external flavours or scents. This and many other interesting nuances are apparent upon a further examination of these new government exemptions.

In announcing the exemptions, Health Canada also stated that dispensaries are illegal. It should be remembered, now that LP’s have been permitted to create derivative products, that it was patients and fore-runner dispensaries that gave their time, and paid the price to make this opportunity a reality. I was arrested in 2009 providing cannabis derivative products to hundreds of people at the Victoria Cannabis Buyers club, when there was no hint of an MMPR.

I have paraphrased some points to help dissect the legal language of the Section 56 exemptions that relate to patients and Licensed Producers, but I am not a lawyer and this shouldn’t be confused with legal advice. 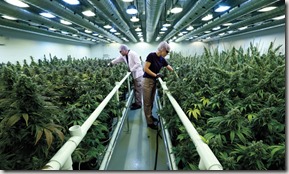 LP’s can now apply for a supplemental license to sell, provide, ship, deliver or transport cannabis, cannabis oil and fresh marihuana to their patients.

The distinct use of the term “cannabis” refers to all substances listed under Cannabis in schedule 2 of the CDSA: Resin, THC, CBD, CBN. “Cannabis oil” means an oil, in liquid form, that contains cannabis or dried marihuana. “Fresh marijuana” appears to be a new term to describe the plant material. The “fresh marihuana buds and leaves” that can now be provided may presumably be used for making an extract. I am unsure at what point “Fresh Marihuana” becomes “Dried Marihuana”.

The creation of a seemingly arbitrary classification of “fresh marihuana” is akin to the government’s insistence upon retaining the term “dried marihuana” despite its definition being found arbitrary by the courts. Patients’ doses of cannabis oil will still be determined by their prescribed daily amount of dried marihuana. This limits them to the maximum cannabinoids possibly produced by and extracted from their dried flower. The weight of the dried plant material isn’t directly related to the weight of the cannabinoids, 5 grams of 10% THC dried marihuana will only yield half as much cannabinoid as 5 grams of 20% THC.

Licensed Producers have been tasked with determining their own “equivalency factor”: how much fresh marihuana or cannabis oil is equal to one gram of dried marihuana. Here is my attempt at finding the equivalency factor of one MMPR strain, assuming no cannabinoids are lost during the extraction process. 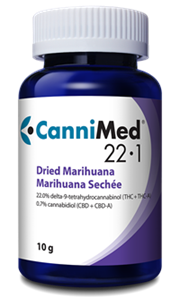 A Licensed Producer may provide a patient with 30x their daily dose of dried marihuana per month. A five gram per day allowance of CanniMed® 22·1, which is 22% THC could yield an unlikely maximum of 1.1g or 1100 mgs of THC per day. The terms of the exemption stipulate that THC content must be diluted to 30 mg/ml. 1100 mg would have to be diluted into at least a 37ml solution. A 30 day supply would total an absolute maximum of 33 grams or 33,000 mg of THC. To meet this dose ratio, the 33,000 mg of THC would need to be infused into a 1,080 ml solution. This is just over 1 litre of infused coconut oil, for example; don’t eat it all at once.

LPs may also choose to make diluted products for patients who need less potent doses. Using the above mathematics, patients could order just over 3 litres of cannabis oil containing 10 mg/ml THC, which is more dilute. LPs are restricted to 10 mg/ml when providing cannabis oil in a capsule: applying the above 33 gram per month formula to CanniMed® 22·1, would equal 360 9 mg/ml  capsules.

Fresh uncured CanniMed® 22·1 is likely to contain more THC-acid. THC-acid turns into THC when it attains a certain temperature, through a process called decarboxylation.  Health Canada insists that THC-acid and THC be added together when considering the 30 mg/g limit in the plant solution. THC-acid is not psychoactive, but also has less demonstrated medicinal potential. LPs must explain their methods for discerning what quantity of “fresh marihuana” is equivalent to “one gram of dried marihuana” on their websites and on the product label.

The mg/g limit only applies to THC and THCa combined, not CBD, CBN, CBG or any others. 5 grams of CBD dominant extract made from CanniMed® 1·13, which is 13% CBD can yield a maximum of 50 mg THC and 650 mg CBD per day, or 1500 mg THC 19,500 mg CBD over 30 days.  Measuring cannabinoids by the milligram is a new approach for many, but follows the lead of places like Colorado and Washington, where cannabis extracts are legal. You may well come to like it.

I predict an increase in doctors’ willingness to explore cannabis extracts to correspond with this standardization and labelling of products by Licensed Producers.  Some dispensaries already do this. There are emerging software platforms that can help doctors to monitor their patients’ cannabis use, and accumulate data to specify milligram doses.  Check out Syqe Medical and Canlio.

The inclusion of cannabis derivatives from the menus of Licensed Producers is very hopeful news for the MMPR.  A market report predicted that “licensed producers could potentially double their EBITDA without adding any production capacity, and little capital and operational expenses.” They “currently have to dispose and incinerate of 70% of their product.” More importantly, this is good news for MMPR patients who previously had to break the law to make their own oils.

For those protected by the Allard injunction, MMAR, PPL and DPL holders, the new rules seem brightest.  While the limits on an MMAR exemptee are still defined by the gram per day allowance designated by their physician, many MMAR exemptees have licences that permit more than 5 grams of dried marihuana per day. The terms and conditions state multiple times that “5 g of fresh marihuana is equivalent to 1 g of dried marihuana.”

If you are designated 5 grams/day of dried marihuana, you can produce an extract using 25 grams of the “fresh marihuana” plant. If you skilfully produce plants yielding 20% THC, 25 grams can yield up to 5 grams or 5000 mg of THC per day. Unlike with LPs and MMPR patients, I see nowhere specified that this extract has to be diluted to 30 mg/gram. Look up fresh frozen solventless extraction on the internet for details.

The exemption prohibits the use of any “organic solvent” meaning “any organic compound that is highly flammable, explosive or toxic, including (but not limited to) petroleum naphtha and compressed liquid hydrocarbons, such as butane, iso-butane, propane, and propylene” to extract the active compounds. Fortunately there are simpler ways to do this that include dry sifting and the Rosin technique; look it up.

Any product resulting from an alteration in the chemical or physical properties of dried or fresh marijuana can now be created. The authorized person is also permitted to possess any product that is derived from an altered product, for example, lozenges made with an infused coconut oil.  Exemptees are restricted to 150 grams of dried marijuana while not at their production site. At the aforementioned ratios, that permits extracts derived from up to 750 grams of “fresh marihuana” to be possessed outside of your production site.

Making an extracted cannabis oil is as easy as pouring dried material soaked in vegetable oil through a sieve. Dr. Pate’s expert botanical evidence during my trial made it clear that cannabis extraction is so easy that it is often performed accidentally. The resin glands grow and swell while dangling at the tops of their brittle stems, awaiting that faintest agitation to release them from their fibrous host.  By discarding the inert plant material, patients are free to consume their medicinal products in a safer and more effective way.

This is truly the end of my 5 1/2 year journey with medical cannabis extracts and the courts. The impact of this ruling will ripple through the lives of countless Canadians to come. I am eternally grateful for the support of Ted Smith, Gayle Quin, all the staff, helpers and members (especially those who testified) of the Victoria Cannabis Buyers Club, who helped turn what could have been a nightmare into a dream come true. When people call me a hero, I say these people are my heroes.

(Read a shorter alternate version of this article at LiftCannabis)