Lift: A Cannabis Expo Without Cannabis 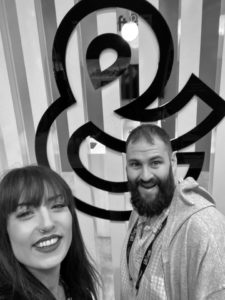 Recently, my coworker Nikki Jackson and I decided to crash Lift Vancouver and see what a legal cannabis trade show really has to offer, and it was quite a trip to say the least!  With guest speakers, brand booths, tons of free swag, familiar faces, giveaways, and more, it almost makes you forget that the most important part is missing. You would think that at an adults only event, entirely focused on the budding cannabis industry, might want to show off their flowers.  Unfortunately, arbitrarily draconian restrictions simply won’t allow for it and to my understanding, Health Canada won’t allow vendors to even display cannabis products, leaving them no choice but to show you doctored pictures of what was surely their best at the time. So leave your kids at home and get baked before you read along as I recall my first cannabis event without cannabis.

The Lift & Co. Cannabis Business Conference is a three day event, with the first day being an exclusive (and expensive) networking day where “industry players” schmooze over cocktails as well as catered buffet breakfast and lunch.  Those who shell out the insane $597.45 per ticket for the first day also get exclusive access to an “event app with networking platform”, an evening networking reception, and access to the following two days of the conference. We didn’t go on the first day, but we were there for the “Industry” and “Consumer” days, which was plenty of time to get an idea of why Lift continues to draw thousands of people and millions of dollars every year.

The morning that I arrived at Canada Place for the conference the weather was absolutely terrible with freezing rain and driving gale force winds.  I had a bit of time before Nikki was supposed to arrive so I decided to look around for a place to have a few dabs out of the elements. I asked one of the event staff if such a place existed and they looked rather confused by the question and pointed to the big metal and glass lean-to outside where people smoke cigarettes.  I knew that the year before they had accommodated people in an underground parking area and when I mentioned this they were oblivious to this fact and repeated that everyone would have to smoke or vape outside. I spent the next ten minutes awkwardly trying to operate my torch in the wind to get a dab and scarfed down a couple Green Haired Freak gummies to help alleviate my fibromyalgia flare up that had accompanied the weather system.

When Nikki arrived we went inside and got into a bustling line up for our passes.  Once we had our personalized lanyards and went through the coat check it was time to go into the main room.  When you first walk in there are a few generic Lift staff to greet you and three huge racks of empty swag bags for the taking so I foolishly grabbed one bag and we started on our tour around the massive labyrinth of booths, stages, food vendors and bars.  It seems completely hypocritical and backwards but you can drink at Lift even though they aren’t allowed to have cannabis on site for you to check out. Luckily for us we had each brought a 750mg Euphoria dark chocolate bar which was enough to get us through the long day of walking ahead.   There were hundreds of booths for businesses ranging from investing, staff management, POS systems, growing equipment, paraphernalia, pharmacies, actual LP’s, and many more. Almost all of the booths were giving away free stuff ranging from pens to toques and other clothing and my first swag bag quickly filled up.

On our first smoking break outside I noticed a homeless person asking for spare change and remembered that I had picked up a toque and some gloves in my travels so I gave those to them.  At that point I decided to make it a side mission to get as much free stuff as I could carry and donate any clothing to people in need, which I hope to repeat next year while teaming up with friends to maximize potential.  We got as medicated as possible while huddling with the masses under the sparse shelter provided, especially considering the amount of people expected to be in attendance over the two days, and returned inside for more adventures.

Nikki had a bunch of social media work to do so we made our way to the media area and upon arrival the first thing I noticed was a heinous smell pervading the general area.  I asked the security personnel at the media entrance why it smelled so bad and he sort of just shrugged and mumbled something about garbage being just outside some closed doors around 15 feet away.  The podcast that Nikki was being interviewed on was called The Green Room, a weekly events podcast, featuring Jacqui Childs, a prominent social media influencer, and Lester from a site called Cannabis Wiki, which I highly recommend checking both out.  Next up we met with Kass and Honey, two cousins with a Youtube channel focusing on content related to regular Canadians enjoying weed. After cruising the floor for a bit with them we went back to the media area, which still smelled horrible, and did a quick segment about the club and all of our recent achievements.

After a bit more wandering we decided to call it a day and head out for food before going to Studio 710, which just so happens to be the best cannabis friendly studio I have ever seen.  Located in the heart of downtown, this studio is the home to Cannabis Life Network and Expert Joints, two popular multimedia platforms. The fully equipped facility is available for event rentals and produces high quality videos, audio recordings, and other digital content.  Craig, the host of Expert Joints, greeted us at the door and gave us the grand tour before we settled in for a night of networking and getting nicely toasted.

The last day of Lift was “Consumer” day and tickets for the general public are only $10 so honestly it’s worth the swag alone.  By the end of the day I had 6 good quality water bottles, a travel mug, 7 toques, two t-shirts, a few pair each of socks and gloves, and a ton of pens and other stuff.  There was a presentation being put on about lounges and public consumption spaces featuring Abi Roach, a long time Toronto lounge owner. I am especially glad that we went to see it because in the middle of the presentation one of the guest speakers took a big haul off of his vape pen, which in turn meant that I was allowed to as well.  I am a licensed patient under the MMAR program so I nudged Nikki and alerted her to the stray cloud on stage and asked if she had her pen handy, which she did. After a few half stealthy puffs we were good to go again and we had avoided the arctic storm front outside which was a bonus.

Since there wasn’t anything new on Consumer day we just walked around making new connections and mingling with people while collecting hoards of stuff.  By the end of the day we each had a few bags of cannabis related swag to carry and it felt kind of surreal to have just attended two days of a conference specifically tailored toward a plant that they aren’t allowed to display.  I would actually recommend going to this event on the cheap day because the amount of free crap you get and can donate is pretty crazy for the $10 ticket price. Just remember to prepare well by bringing your own cannabis products and get ready to put some serious mileage on those feet.  See you there next year!

If you feel like following any of the people mentioned in this article, including myself, these are the best ways: