Deprecated: The $control_id argument is deprecated since version 3.5.0! in /home/oq5ayjaeetjt/public_html/wp-content/plugins/elementor/modules/dev-tools/deprecation.php on line 304
 Marijuana and Lunacy:  The Magnificent Failure of the Indian Hemp Drugs Commission - Cannabis Digest
Skip to content 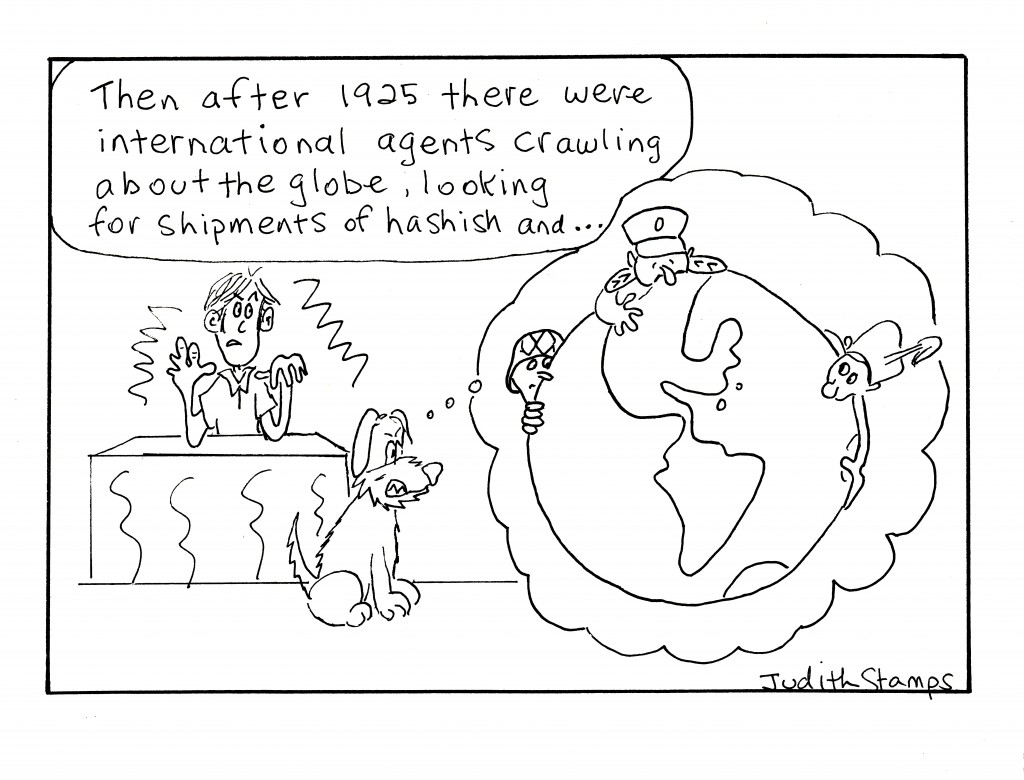 On July 16, 1891, British MP and temperance enthusiast, Mark Stewart, rose in the House of Commons to talk about cannabis.  Addressing the Under-Secretary of the State of India he asked: was the MP aware that according to recent medical journals, the lunatic asylums of India were filled with ganja smokers?  Given these facts, would he consider prohibition?  A second MP, William Caine, rose in support.  Caine went further, demanding that a commission be established to look into the problem.  The parliament of the day was amenable.  In short order it established Indian Hemp Drugs Commission (IHDC) of 1893-1894.

Marijuana historians and activists rightly regard this commission as a high point in cannabis scholarship.  Published in seven volumes, and featuring interviews with a wide range of Indians plus others, it spoke with the voice of reason.  It concluded that when used in moderation, ganja, as the locals called it, was benign.  It noted further this plant had a history as a medicine, and appeared suitable for treating a long list of illnesses.  The IHDC remains to this day lengthiest, most thorough investigation into cannabis use ever conducted.  Considering the status of its imperial publisher, one would have expected it to be influential.  Yet it had little impact.  When it failed to condemn cannabis, the temperance club seemed to lose interest.  The official biography of key proponent, William Caine, failed even to mention it.   No one else paid it much heed.  It received little press.  Thirty years later, when cannabis was prohibited in every corner of the globe, the IHDC had disappeared from the public mind.  Why?

An interesting and compelling answer is provided by James H Mills’ work: Cannabis Britannica:  Empire, Trade and Prohibition, the main textual source for this week’s blog.  The truth is that the IHDC was never the earnest undertaking that it appeared to be, at least not on Britain’s part.  It was from the outset a diversionary tactic.   By the late 19th century, the temperance movement was in full flower everywhere in the English-speaking world.   In Britain, its parliamentary proponents had been hammering away since the 1860s at the empire’s role as opium pushers.  The temperance storm was gathering speed.  The new commission was meant to give Britain some breathing space.  The annoying anti-opium lobby would think about something else for a while; and The Empire could appear to be concerned about ‘the drug problem.’   This ploy may have worked.  In 1895, a Parliamentary Motion to end the opium trade was defeated. 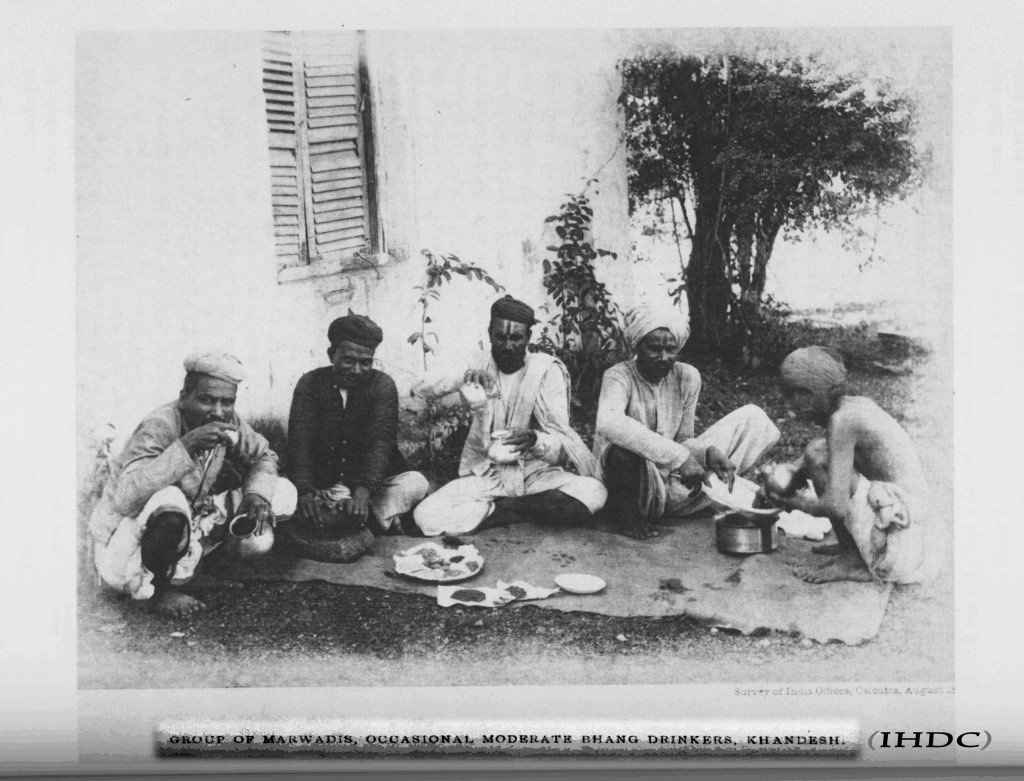 The appointed commissioners, however, did not participate in this charade.  They did their work sincerely.  What they revealed about India’s asylums should have dispelled the notion that ganja caused madness.  Perhaps if more people had read the IHDC report, it would have done just that.  It certainly stopped any plans to curb cultivation and use of the plant in India.   Its publication encouraged scientists of the day to study ganja as a medicine.

But unhappily, the report made no recommendations that would change the quality of the information flowing daily from India’s lunatic asylums.   Since the report remained largely unread—hardly the researchers’ fault—that information continued to cast a long shadow.  Ganja, lunacy and criminality remained knotted together for years to come, especially for members of the former Empire.  Here is the story.

The ganja-criminality knot was tied in the years following 1850.  From 1793 until that year, the British had taxed ganja in India at its points of sale.  They were there to make money.  But empires are expensive and by the 1840s this Empire was finding itself pinched for funds.  So in 1850 it set out to squeeze the ganja trade by taxing the wholesalers as well.  This plan was not very successful.  From then on growers and sellers in India worked hard to develop elaborate and effective tax evasion schemes.  They grew on hidden plots of land.  They stored their harvest in hidden warehouses.   They provided dodgy figures.  They colluded.  There was no way really for British officials to stop them.  But the tax evasion schemes came at a price.   While the ganja producers were doing nothing more than trying to maintain their income, for the first time, colonial officials began to see them as tax evaders and thus, criminals. 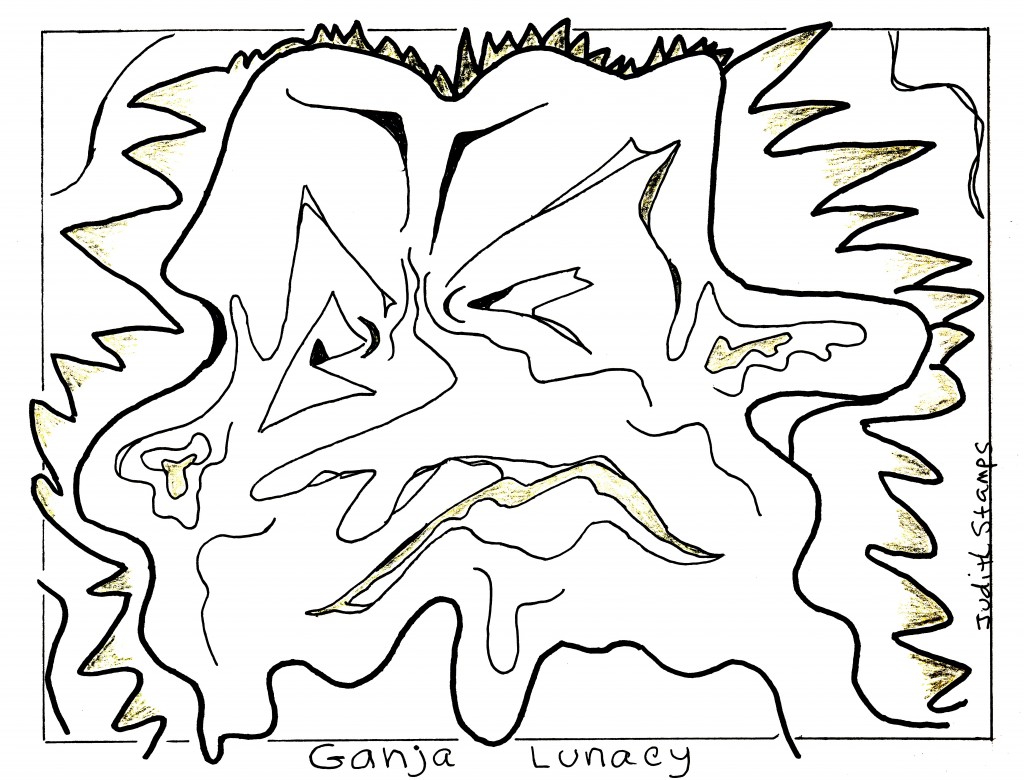 Meanwhile, throughout the 19th century, the British had built and established a network of lunatic asylums across colonial India.  By the late 1840s it had begun to use those asylums to collect data on ganja and its purported relation to insanity.  In 1872, the British Office conducted a survey of this data, in which it was concluded that by far the largest number of lunatic cases were attributable to the plant.  Then in 1892 the IHDC visited every asylum in colonial India in order to take a closer look at this data.  This is what the visits revealed.

A good proportion of the patients in India’s asylums were poor folks who had been dragged in off the streets—vagrants brought in by police officers in response to a complaint.  Some were ill from unknown causes, brought in by relatives who could no longer provide for them.  For each, an official form had to be filled in.  One part of that form called for a ‘cause of insanity.’  Neither the officers nor the medical superintendents in charge of admissions had medical training.  But they couldn’t leave this part of the form blank.  Here is how they proceeded.  If no obvious other cause presented itself, they wrote in “ganja.”  It was standardly believed that lunacy had an external cause.  Among possible candidates were physical illness, grief or alcoholism.  What moved the officers to write in “ganja” we’ll never know.  Maybe it was racism or something to do with class.  Whatever the case, the officers with medical training did not question the diagnoses.

Over the course of the century, those working in or with the lunatic asylums developed a collective bias.  The only ganja users they ever encountered were “insane.”   Judging from subsequent reports, they came to see these patients as representative of cannabis fans as a whole.  Medical officers had little contact, it seems, with ordinary people who drank bhang and enjoyed other cannabis preparations.   By contrast, some ordinary Indians had begun to hear odd stories emanating from the asylums.  It should not surprise us, thus, that of IHDC’s three Indian members, two dissented from the majority view.  They too believed that ganja could be mentally damaging.

Bias amongst India’s asylum workers had further consequences.  Medical officers studied their patients in order to discern some regular pattern of behavior; something they could identify as typical.  A good example is this statement made in 1868 by Surgeon Hutchinson at Patna: Ganja smokers, he wrote, have “a peculiar leery look which when once seen is unmistakable.”   With such stereotypes in hand, asylum officers could then use their observations to spin out statistics, later to be published in medical magazines and in the popular press.  It is no wonder then that MPs in the 1890s were quoting these in their quest for national temperance.   It is doubly sad that they did not choose to study the report they had requested.

Fast-forward now to the year 1925.  We are at the Second Geneva Convention of the International Opium Conference.  Dr. Mohamed A. S. El Guindy, head of the Egyptian delegation rises unexpectedly to insist that hashish be placed on the agenda.  It is, he claims, the principle cause of insanity in Egypt.   Where did he get this idea? 1[i] Ultimately from India’s lunatic asylums; more immediately from the writings of Dr. John Warnock.  Warnock had been appointed Supervisor of Egypt’s Lunacy Department in 1895 when Egypt was an established part of the British Empire.  He remained there until 1923.  Warnock neither spoke nor read Arabic.  Nevertheless, within ten months of his arrival, he concluded that in Egypt hashish was ‘the principal cause of insanity.’  In 1896, an article recounting this conclusion appeared in an English publication, The Journal of Mental Science.  This was Warnock’s method.   He found a patient who could write English, and relied on him for translation.  That the man was delusional seems not to have troubled him.  Subsequently, patients who wished to be released from the asylums were asked to confess that they used hashish.  Denial was taken as a sign that they were not yet ready to leave.  Warnock bolstered his views with statistics drawn from India.

Warnock had arrived at The Lunacy Department with an agenda.   Most likely he had read the Indian statistics well ahead of his appointment.  He may have thought that it made little sense to question them.  He had under his care a similarly swarthy population for whom smoking or eating hashish was a pastime.  Whatever the case, his opinion stuck.  Thirty years later, championed by El Guindy and the Egyptian delegates, and fuelled by the same old stats, cannabis prohibition was placed officially and for the first time on the international agenda.  The Chinese supported the idea.   So did the Americans; they had long been feeding on similar stories from the Mexican press.  Reefer madness is a spirit that comes in flavours.

If it were not for the IHDC we would know nothing of this bureaucratic madness.  For this and for the commission’s other insights we must be grateful.  But describing it was as far as their mandate took them, and probably as far as it could have taken them.  Other larger forces were at work.  Among these were the slow disintegration of the Empire and the rise of its enemies.  In supporting cannabis prohibition, Egypt, China and the US must have taken some pride in kicking the Imperial Cat.  Then there was the rise of ‘modern’ medical practice, which rejected herbs and herbalists.  That happened everywhere.  Today, it’s all unraveling and we’re educating ourselves toward something balanced.  In that program there is still a good place for the report of the IHDC.  This winter curl up beside a crackling fire with a snack and Volume One, the summary.  It’ll be worth your time.

[i] Cultivation and consumption of cannabis had been illegal in Egypt since 1870, but that didn’t stop clandestine shipments from the outside.  Hence the concern to created international bans.

(image: AlisonMyrden.com)   by Al Graham It was 2003 when I first heard of Alison Myrden. I know the year because it was just shortly after my first ever Crohn’s flare up, and the year I became involved in the cannabis community. As time went on, I wanted to get better educated about cannabis so […]