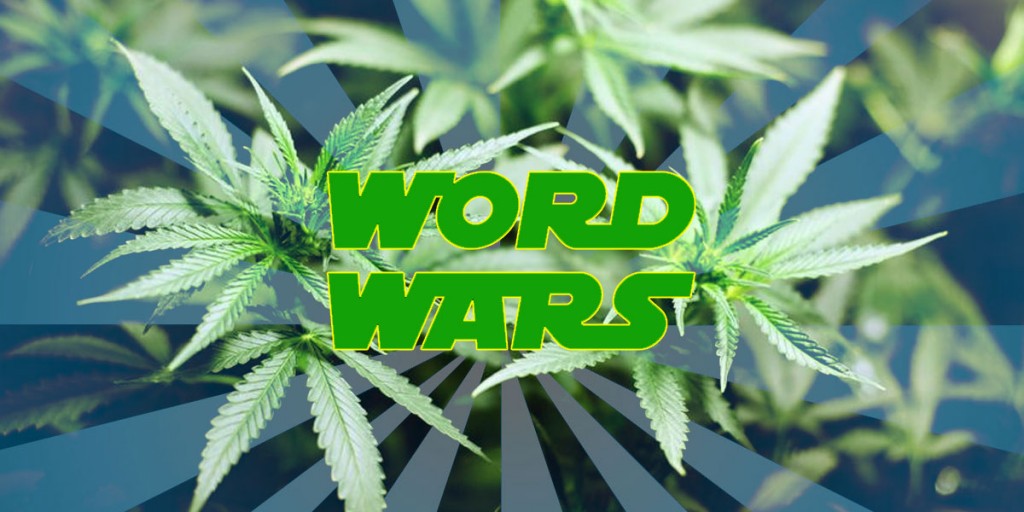 There have always been regimes of truth underpinned by churches or political economies, and supported by laws and law enforcement.  Reefer madness comes to mind.  But so does the notion that gays are insane (in North America, officially so listed until 1973); that women are not fit to vote (until 1917 in Canada and 1920 in the US); that non-whites are sub-human; and that breastfeeding in public is barbarism.

Regimes of truth are held in place by schools, universities, social and scientific communities, mass media, and popular culture.  But they don’t just sit there.  We re-create them daily through the words we use.   If we say ‘grow-op,’ we are saying one thing.  If we say ‘garden,’ we are saying another.  If we report on ‘medical cannabis dispensaries,’ we support patients.  If we call dispensaries ‘pot shops,’ we don’t.  Nor are such language practices limited to plebes.  Elite speakers like scientists like them too.  Consider the claims that cannabis cannot count as medicine, and that liberalizing the cannabis laws will corrupt developing brains.  Institutions like Health Canada, the National Institute on Drug Abuse, and select scientific authorities say these things every day.  For these authorities, medical formularies dating back to ancient times, and written accounts based on clinical practice, do not count as evidence that cannabis is a medicine.  They are based on ‘anecdotes,’ and ‘anecdotes’ are folk tales.  Evidence, on the other hand, requires something called ‘data.’  Data are bits of information gathered in formal experiments, and expressed numerically, the better to be crunched into stats.  According to the ‘rules of evidence’ it does not matter how many anecdotes you have, or who has provided them.  They will never be data.  If you haven’t heard it, there is a science meme that goes: “the plural of anecdote is not data.”  I have to say, that’s clever.

The word ‘data’ and its meme are part of a specialized regime that defines what does or does not qualify as ‘fact.’  There are raw data collected in large, randomized double blind trials.  The trials are ‘impartial,’ or so we’re told.  Raw data are followed by processed data, which, in turn, give us ‘fact.’  And as everyone knows, the opposite of ‘fact’ is ‘fiction.’  So there you go.  The regime wins.  Still, it’s worth following for a while longer.

Grapple with this truth regime for a while and you will find yourself trapped in what can only be called a word game.  Ask the other players why their ‘medicine’ kills thousands of people every day, whereas yours does not, and you get silence.  That isn’t the game.

But one must not despair.  There are signs that their ‘scientists’ are beginning to talk to ours.  A medical cannabis article in the June 2015 issue of National Geographic is respectful, and appears to accept cannabis as medicine.  National Geographic is not a hard science magazine, but it does represent popular science.  As a cannabis activist and student of media, I was just happy to see the article free from words like ‘grow-op,’ ‘mold,’ ‘fire,’ ‘gangs,’ ‘Asian gangs,’ ‘violence,’ ‘street drug prices,’ and ‘weapons.’   They’re part of the game favoured by law enforcement and, until recently, the news world.  What a pleasure it was not to see them.

In the same month we also got: “Cannabinoids for Medical Use, A Systematic Review and Meta-Analysis,” published in JAMA, the Journal of the American Medical Association.  JAMA publishes ‘data.’   The article’s authors looked at no new research.  Rather, they reviewed and amalgamated information provided by 79 older clinical studies.  These studies obviously provided ‘data,’ or at least extractable ‘data.’  If media reports are any clue, JAMA’s article is tricky to decipher.  Two journalists, Gordon Clark, writing for The Province (a BC newspaper), and Lindsay Tanner, writing for the Huffington Post, failed to grasp what the authors had to say.  In Clark’s version, JAMA cited moderate-quality evidence that cannabis is useful to alleviate chronic pain and spasticity, and found little evidence of any other benefits.  “You might as well take a sugar tablet,” he concluded.  Tanner fared little better.  She began with, “medical marijuana has not been proven to work for many illnesses that state laws have approved it for…” and repeated the bit about pain and spasticity.  Both journalists used the phrase ‘medical pot,’ a signal that they have no sense of the subject, and no sympathy for it.  JAMA never said ‘medical pot.’

Of the 79 clinical studies the authors examined, only 4 met their standards for freedom from bias.  So no matter what the studies indicated, they were not going call the amalgamated evidence ‘high-quality.’  Based on their overall review, they noted ‘moderate-quality’ evidence in favour of cannabis for chronic pain and spasticity, and ‘low-quality’ evidence for its alleviating nausea, promoting weight gain, and treating sleep disorders.  It is important to understand that this labeling says little about cannabis’ potential as a medicine, and a whole lot about the authors’ view of the 79 clinical studies’ research designs.  The authors would have done them differently, and since they would have done them differently, they do not speak strongly for the evidence.  “It is not a wonder drug,” they wrote, “but it certainly has some potential.” Accordingly, they proposed further study.

Coming from an elite, conservative, scientific journal, this is an endorsement.  First, the authors acknowledge the existence of 79 clinical studies on medical cannabis.  In a world that has, for decades, been spewing the words, ‘there is no research,’ that’s a turnaround.  Second, despite grumbling about bias, they cite evidence showing that cannabis is a useful medicine for all of the ailments mentioned.  Third, they do not claim that cannabis is especially dangerous.  There’s a switch.  Finally, and this is perhaps the article’s best virtue, the authors, in effect, give cannabis an A+ as a plant deserving of medical research.  That’s a seal of approval.  This means that we’ll be seeing cannabis put through the big, super expensive trial mill.  Unless it’s badly done or corrupted by money, this research will support cannabis as a medicine.

But all of that is likely to take years.  In the meanwhile, we will need to attend to the subject of words, as words sustain us in our continued efforts to legalize cannabis.  What words should we use?

I would happily surrender the terms ‘data,’ ‘fact,’ and even ‘medicine.’  There are better ways of describing life-saving work.

Contemporary North American recognition of cannabis as medicine dates from the early 1970s, with the pioneering work of Doctors Tod Mikuriya and Lester Grinspoon.  Efforts to legalize cannabis date from the mid-60s.  The combined efforts of activists call to mind a cardinal virtue of ancient Greece:  wisdom.

WISDOM: the ability to think and act using knowledge, experience, common sense and insight.  For over 50 years lay researchers, and more than a few professionals, have gained knowledge of cannabis botany and chemistry.  They have gained experience in growing, extracting, and medicine making.  They have written cannabis histories, deconstructed reefer madness, and created a formidable network of online research libraries.  They have applied common sense and ingenuity, creating a network of liaisons with like-minded folk.  And they’ve shown insight into the workings of law and politics; they have changed laws.  Cannabis activists possess no ‘data,’ but they are wise.

Then there is PRACTICAL UNDERSTANDING.  Go to a competent medical cannabis dispensary and you will get useful information on which strains are best suited to your health problem.  Go to a decent sized library and you’ll find material on this subject to take you through many months of reading.  And that’s if you are a fast reader.  None of it is courtesy of the Canadian and American medical associations, Health Canada, or the National Institutes of Health, but rather of activists.  Activists possess no ‘facts,’ but they can cure stuff.

And what about ‘medicine?’  This term has been widely appropriated by dispensaries and bakers.  But even if it were not a medicine, it would be a balm, a tonic, a remedy, a restorative, and an elixir.  Tod Mikuriya liked to call it an ‘easement.’  Does it have ‘efficacy?’   It makes symptoms go away, if that counts.

Cannabis activists have shown remarkable ability in sustained non-violence, whilst summoning the spirits of the herbalist, the apothecary, and ancient healer.  Current activists have even taken to channeling William O’Shaughnessy, and curing their children of seizures.  Don’t get hypnotized by other people’s words.  Your own are always best.

By Gayle Quin Well wonders never cease, I know that for sure.  And wonders take you everywhere.  I know that too.  So on with the next wonder. I am writing this today to move on to another chapter in my life.  It has been a different year with my health and my main focus must […]