In 1998, a small group of friends started a buyers’ group in order to make their cannabis consumption affordable. Black market prices had shot to a whopping ten bucks a gram on the streets. Heavy hitters who were plagued with poverty and illness were at a loss for safe access.

Fast forward ten years or so to when those same friends met Chris Enns, arriving at their cannabis re-education. Chris was studying to be a physician when he discovered cannabis. With his focus being Immunology, Chris could cite many peer-reviewed papers citing the efficacy of cannabis as medicine. It was not long before the members became cannabis licence holders, to possess and produce under the Medical Marijuana Access Regulations. Newf, Betty Johnson, Chris Enns, David Clarke, and Sherri Reeve, also known as 420jes, all joined the local cannabis-related political pressure group in hope of contributing to change. Anyone could see the cannabis scheduling and subsequent laws were unconstitutional. 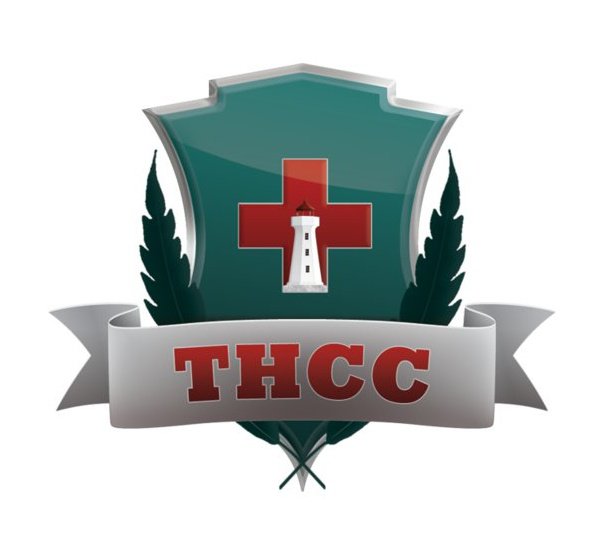 It quickly became apparent to this small buyers’ collective that they had enough resources and education to focus on the medical side of cannabis exclusively. This was the point of conception for The Halifax Compassionate Club, or THCC Society. THC Club’s main goal was inspired by Gabor Mate and Insite, the safe injection site in Vancouver; and Rick Simpson and Phoenix Tears in Nova Scotia. They would try to facilitate safe access by helping growers and patients find each other in hopes of collecting donations to provide free cannabin (cannabis resin) to cancer patients.

In Nov. 2011, The Halifax Compassionate Club felt they had no option left but to open a dispensary. The membership had grown to over five hundred, with no sign of slowing down. Physicians and members of the Legal Society had begun to refer patients to THC Club for various reasons. Finding a new physician in the Maritimes is almost impossible, but there are over ninety signing doctors in the province. This may explain why an access to information reported Nova Scotia with the most Medical Marihuana Access Program licences per capita.

THC Club was blessed to have the support of a local head shop in Dartmouth. The owners of Radical 420 Concepts had a commercial location available. Not only did THC Club take up residence there, but Chris Enns and his partner rented the lower half of the building for The Grow-Op Shop garden supply. This was a perfect match for those who ran both businesses, and for the medical patients.

The location was well suited, away from schools, playgrounds, and dense residences; just off the highway, and not far from the main cities. Both businesses were successful, and drew many consumers to the quiet shopping area. That was until Wednesday, Mar. 13, 2013, at the end of the business day. The following week, an information message went to members, then a press release was issued and read for press by Sherri Reeve:

“THC Club membership is dedicated to exploring health care options the standard medical system ignores. We do this through educational programs such as our bi-weekly cancer clinic, our free cannabis growing classes, personal counselling, and events such as Cannabinoid Theatre and The Peace East Festival. Our precepts are focused on protecting the right to privacy, equal access to health care, and most of all, quality of life. This society is a true non-profit organization. THC Club exists solely for the mutual benefit of the membership and education of the public. These goals are made possible by the warm generosity of our members, friends, and by the amazing efforts of our volunteers.

“Occurring on the very same day, a warrant to search 5106 Highway 7, Porters Lake, and the East Chezzetcook residence, was issued by Justice of the Peace Debbi Bowes, and the raid was led on the Eastern Shore locations by Officer Jamie Payne. The only common denominator between these locations is Chris Enns. Chris is one of two owners of the garden centre, below the THC Club. Chris is also the current vice-president of THC Club, and it was Chris’s residence that was raided. With the exception of sharing some clientele, the two businesses, one for profit and the other not, are otherwise unrelated.

“That afternoon, more than twelve officers arrived in dark blue vans and entered these three premises uninvited. The Integrated Drug Unit proceeded to confiscate most of the medicine belonging to several patients, and all of the cash from Chris Enns and the two businesses. Three persons were arrested, charge with violating section 5(2) of The Controlled Substances Act, trafficking for the purpose. All three released on the spot with paperwork instructing them to appear for fingerprints and plea at a later date. If convicted, the charges would require serving a mandatory minimum sentence of two years in prison, costing the taxpayers more than one hundred and twenty thousand dollars.

“We are very happy to say, The Grow-Op Shop, Indoor Garden, and Hydroponic Supply store is still open and serving patients and/or their growers. Please continue to drop in and show your support.

“THC Club have decided to stop providing certain services at this location because the warrant that refers to this location now authorizes free access to any PEACE OFFICER, at said location, thereafter, and until the case is closed. Our feelings are there is no sense in putting those who are sick in danger of a police enforcement goal. Members are still welcome to their club. We recommend you carry a moderate amount of your medicine on you at all times and carry your possession licence on you, in case this happens to us again.

“Retrospectively, as a collective, our final assessment, our society and its leaders were targets of the most peaceful ‘no knock raid’ that has never been reported in Canada. Members believe the lead investigator, Jamie Payne, deceived our volunteers and posed as a patient looking for help. Witnesses state the original, hard copy of Officer Jamie Payne’s membership was searched for by police, discovered in a binder, and torn up by police during the invasion on the club. We are aware of how innocent people are often harmed in these kinds of police operations and are extremely grateful none of our members were physically injured and our dogs were not shot. Obviously, the respect shown to our members and pets is absolutely incongruent with their intent. We sympathize with the officers who must be suffering from cognitive dissonance.

“We are perplexed by the HRM’s negligence to report this incident to the public. When you visit the HRM Police Department website, it clearly states, ‘Halifax Regional Police, Police Report – March 13, 2013, No incidents impacting public safety’. This reminds us of the police persecution of our fellow Nova Scotian freedom fighter, Rick Simpson, who also provided free meds to the sick… no report issued by authorities.

“By carefully considering what the police took and what they left behind and if we were made to guess why this happened, without question, we believe the objective was threefold: to hide evidence pertaining to the leading investigator, to prevent the delivery of the free medicine destined for cancer patients, and to collect the cash at these addresses. We have trouble understanding how these attacks are justified, so we cannot surmise the moral intent of these officers. Obviously, many officers were ‘just doing their job’ and we certainly hope they will consider finding a more righteous volition than attacking patients with chronic illnesses or terminal diagnoses.

“As a result of this event, we have two great fears. First, that a patient who could be saved with cannabis consumption may die trying to access it. Secondly, that members of our association will now be forced to resort to purchasing cannabis from the streets, from disreputable people, and put themselves at harm. If this happens to our members, it will be directly because of this raid and all those involved in terrorizing our fellowship.

“We are very grateful no one was hurt. THC Club is the most fortunate recipients of any raid that I have know of. This does not mean we were not frightened and continue to be so, with this warrant hanging over our heads. Ask yourself this: if we were acting dangerously or criminally, then why haven’t the police bragged about their conquest, and let the public know they are safe from harm—from us, the evildoers?

“We hope the HRM Integrated Drug Unit doesn’t see us as trying to provoke them. We are definitely scarred from this incident; many of our members are writing impact statements as we speak. Of course, we hope never to experience an encore performance. Our wish is that the crown is blessed with compassion and sees fit to drop these ridiculous charges.

“If you are a patient in need of support at this time, we recommend you contact The Medicinal Patients Alliance Of Canada at <www.mcpaccanada.org> Locally, find THC Club at

Unfortunately, working with mainstream media doesn’t always work out for those who are trying to be cooperative. CBC News Halifax and reporter Elizabeth Chu have a history of excising sensationalism and misreporting on this group. Ms. Chu had tried to identify this nonprofit as The Porters Lake Compassionate Club, and attempted to jeopardize the patients’ safety by filming the licence plates in their parking lot, and then reporting the club may or may not have something to do with a large bust involving a local physician. The board and managers at THC Club did not know any of those involved in the recent bust.

This time, CBC and Chu misreported that police confiscated 1000 pills and 300 grams of mushrooms. The public response was horrifying. Most who read this automatically assumed the pills were pharmaceuticals. They were cannabin and organic coconut oil in vegetarian capsules. They were donated by the members of THC Club specifically for the cancer patients who attend the Cannabis and Cancer clinics. The amount stolen was approximately 250 days’ worth of medicine for those with terminal diagnoses, at no charge.

The two to three grams of mushrooms (not 300) were in the top drawer of Sherri Reeve’s filing cabinet at the private residence. Sherri is a known advocate for psilocybin for pain, and recommends everyone research the subject.

“It’s been difficult to imagine what my mother thought when she read those lies” Ms. Reeve says with tears in her eyes. Sherri has been overwhelmed with calls and with trying to organize the fallout of what has happened. The public has stated the Club is taking too long to act in response to all these events, but with no staff, and board members away at the time, they have no choice but to act carefully and methodically in order to protect everyone.

During the questioning, Ms. Chu from CBC seemed confused and asked specifically, “Was there illegal activities here?”

Ms. Reeve replied, by informing those who may not know, any time anyone with a licence passes a joint to another licence holder they are breaking the law, and that is unequivocally happening in vapour lounges and dispensaries across Canada and at THC Club. Sherri asks, “Who here has broken the law?” Almost everyone in the room raised their hand.

Bobby-Lee Dillman from Law Enforcement Against Prohibition made an excellent point at the press conference THC Club. “The cannabis that was here—was it meant for patients?” The president answered “Yes,” and referred to a conversation she had with a local RCMP officer. Bobby-Lee asked, “Did the police know that and they took it anyway?” Ms. Reeve responded affirmatively again. Bobby-Lee expressed what we all feel. “Then this is a violation of human rights.”