Deprecated: The $control_id argument is deprecated since version 3.5.0! in /home/oq5ayjaeetjt/public_html/wp-content/plugins/elementor/modules/dev-tools/deprecation.php on line 304
 Publishers Note: From Activist to Lobbyist - Cannabis Digest
Skip to content

We are experiencing a historic moment, one much bigger than most people realize. Legalizing cannabis will not change the world overnight, but with the flick of a switch we are turning on the most potent plant this world has to offer. If you are tuned into the vibe, it is electric, vibrant and ready to explode.

When the Liberals announced that it was their intention to legalize cannabis, many of us breathed a huge sigh of relief, as the war appeared to be over and our hopes realized. It is becoming clear that while these politicians were nice to our faces when we met with them, it is still the intention of many in Ottawa to fully enforce the law to the last minute. They are jailing as many people in the field as possible, while handing the new industry over to large corporations.

Some refer to the new legalization scheme as Prohibition 2.0.

The world is watching Canada as it leads the way towards legalization in the developed world. It is very important to the entire planet that we get our cannabis laws right the first time, as it is likely that many other countries will mimic what we do. The impact of these laws could be profound and widespread – beyond our wildest dreams. 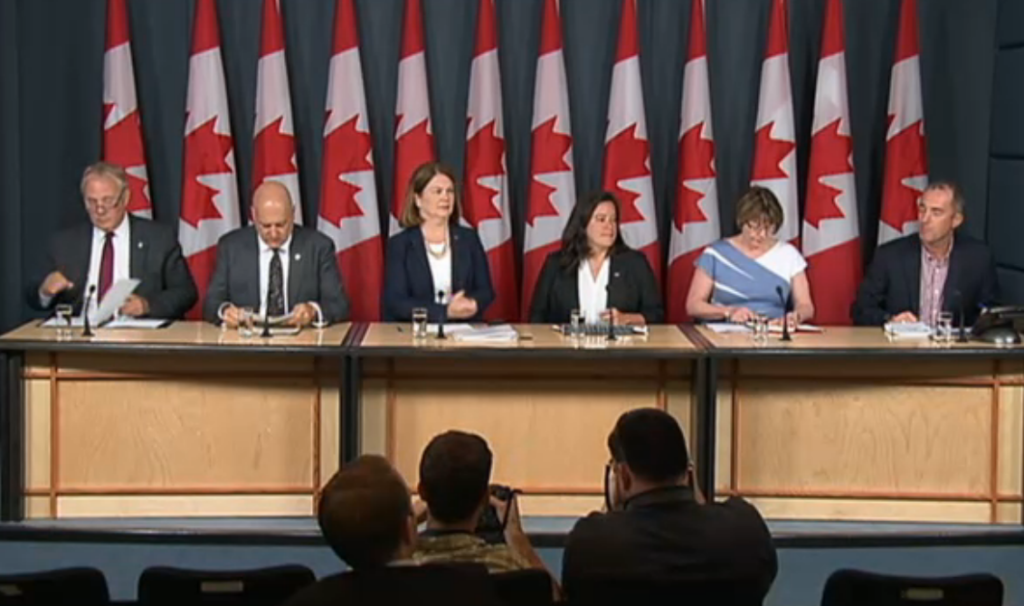 Typically politicians prefer to pass the buck, so to speak, rather than make a firm decision and act immediately. Now that the federal government has announced its intention to legalize, it is becoming obvious that it will take years before fully legal cannabis sales are happening over countertops across the country. With so many opposed to this scheme in general, the Liberals are expected to take a cautious, slow approach to unfolding their strategy.

That is why we need to increase our efforts for fair regulations now. This is a window of opportunity to inform the process before some rules become entrenched in law, forcing us to continue fighting for years to come. Because the struggle to revive cannabis has changed so much, we need new tools and strategies to interact with government officials. Techniques will need to make them feel safe and comfortable working with our industry. Rallies and phone jams will not cut it anymore.

To start off this year, I am registering to be a lobbyist with the BC government.

Honestly, I do not need to register to continue doing everything I am doing but it will add credibility to my name and help some people take me more seriously. The main intent of getting people to register as a lobbyist is apparently to stop someone from trying to influence a government official without disclosing who is paying them to advocate. In my case, I will always make it very clear I am acting for the Victoria Cannabis Buyers’ Club and seeing that I am publically known for my work with the club there is no question who I am working for.

Normally a lobbyist is someone with little or even no experience in the field they are advocating for. Generally speaking a lobbyist is someone with political connections, an intimate knowledge of the bureaucracy and a firm relationship with the media. Being a professional lobbyist is all about going to conventions, barbeques, press conferences and public ceremonies, rubbing elbows with those in power while constantly pushing in whatever direction your clients tell you.

My style of lobbying will be a lot different. With only one client, decades of experience dealing illegal drugs, and having become a local celebrity, I will not look or act like any other lobbyist in the country. You will not see me at a political convention any time soon, though I might show up at a barbeque if they have good veggie dogs.

There are so many issues involved that I have no illusion I can work alone, which is why I formed the BC Independent Cannabis Alliance last summer. It is now our job to create a provincial database of the various ministries that will be working together on this portfolio, naming the politicians, deputy ministers, head bureaucrats and senior policy analysts that we need to educate. While it seems overwhelming as an individual, I firmly believe that if our movement channels its energy towards these people we can convince them to include craft cannabis producers in the new scheme.

The city of Victoria has been slow to license dispensaries ever since the change in federal government, constantly hoping for more guidance from higher levels of government. While dispensaries in Vancouver have received licenses and have been going through public variance hearings for over 9 months, Victoria is still 8 months away from zoning hearings and final licensing. Meanwhile, the federal report states that cities deserve a seat at the table when it comes to decisions that affect their jurisdiction.

In some ways, these delays and confusion could benefit the craft cannabis sector but only if we take advantage of the situation and apply pressure where it is needed. Holding public forums, attending debates, writing emails and making phone calls can be fun and is necessary if we wish to see this plant and our economy reach its full potential. For those of us that truly care about this plant, there could not be a more critical time to get involved.

Report: Ohio’s Medical Cannabis Industry Could Generate Up to $400m

Stephen Calabria Ohio’s fledgling medical cannabis regime could sell up to $400 million of the substance per year, according to a recent report published in Marijuana Business Daily. According to the publication, the sales could result in up to $23 million in tax revenue for the state, though many questions regarding the program and its […]