Deprecated: The $control_id argument is deprecated since version 3.5.0! in /home/oq5ayjaeetjt/public_html/wp-content/plugins/elementor/modules/dev-tools/deprecation.php on line 304
 Shatter Stereotypes - Cannabis Digest
Skip to content

A Look into the Medicinal Uses of Cannabis Concentrates

It’s been called the “Tequila of Marijuana“(1)  the “Crack of Cannabis” and “Marijuana on Steroids.“(2)

New concentrated forms of cannabis have become the latest demon for the languishing purveyors of prohibition, used to conjure dread and alarm.  They follow the path of the narrative that argues, ‘Today’s cannabis is much stronger than what your parents smoked.’  At this time in history, not many people understand the benefits that concentrated cannabis products can provide to consumers in general, and to medicinal users in particular.

How Much Stronger is Shatter? 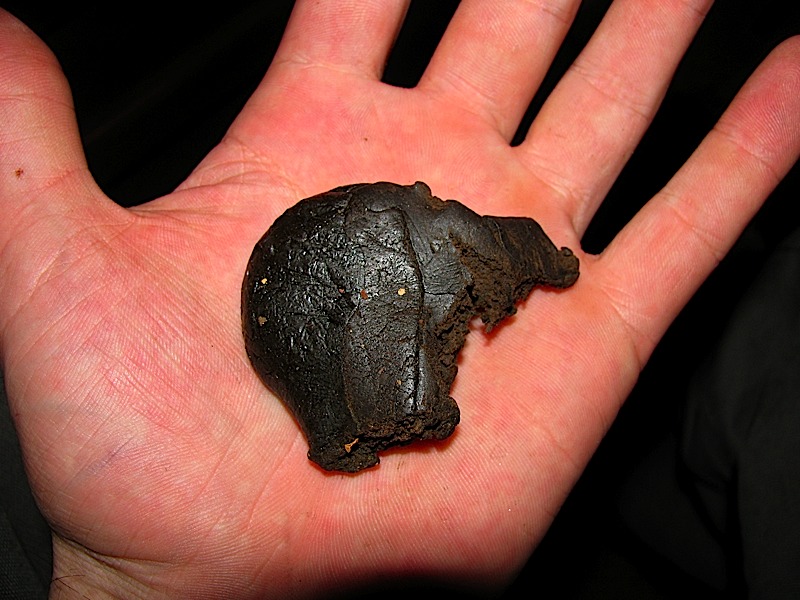 Many people are familiar with black hash, a concentrated kind of cannabis, commonly employing the modern method of mixing it with tobacco.  Hash of this type is made by hand rubbing, dry-sifting, and water washing to remove the resin glands from the surface of the plant.  Without the green matter, the white and gold resin glands contain approximately 3 times the cannabinoids by weight than when connected to the dried flower bud (see image 1).

The shell of the resin glands is composed of plant waxes. The plant’s cannabinoids are mixed with a terpene/phenol liquid in a reservoir of resin, suspended at the end of each brittle wax stalk (see image 2).  According to data taken from lab tested cannabis extracts in Colorado, products like shatter are about 1/3 stronger than the simpler forms of hash described above. This increase is the result of the greater clarification of natural impurities, like the plant waxes, from the resin glands.

Compared to the 3 times rise in potency (approx. 20% – to 60%) achieved by making simple black hash, the 1/2 increase (approx. 60%-90%) accomplished through further processing into shatter appears less dramatic. The real excitement that I see among medical patients who use these extracts is in their purity from natural contaminants, their cleanliness.

Traditional methods of hash making involve mesh bags or sieves, buckets, or just your hands and a knife.  The new masters of the craft utilize high-grade solvents and custom precision equipment.  Technologies like the high vibration sonicator, vacuum oven, rotary evaporator and liquid chromatography, add to the producer’s ability to remove anything that is not a desired ingredient.

Among the creations emerging from these advanced cannabinoid extractors are shatter, “wax” or “crumble,” budder, rosin, and distillate.  This new assortment of options with subtle variations in potency and flavor, have only recently become a feature on dispensary menus,  so it is understandable that many haven’t yet caught on.

What is the Benefit of Shatter?

The Toronto Police Chief recently said in a television interview that understanding shatter is “crucially important,” stating: “I have yet to see where Shatter is for medicinal purposes, Shatter is for monetary gain.”  Like the Chief, most Canadians have yet to grasp the importance of clarified cannabis resins.

One of the important facts established in my R.v.Smith constitutional challenge, that won in the Supreme Court of Canada, was that there is no good reason for people to consume inert, and potentially harmful natural impurities.  Without a good reason, there are no grounds to impose this restriction on Canadians, who have the right to make important decisions about their health.  The supreme court stated in its ruling that the restriction “subjects the person to the risk of cancer and bronchial infections associated with smoking dry marihuana, and precludes the possibility of choosing a more effective treatment.”  (4)

Medicinal users who consume cannabis consistently over long periods of time will find that their tolerance to cannabinoids increases, along with their need to consume higher doses. Unless their product is clarified, they will be consuming higher doses of these undesired materials.  Medicinal users dab or vape when seeking immediate relief, and supplement the short lasting effects with an oral or topical dose for a sustained systemic load to treat chronic ailments.

A Dab Will Do

Self-titration is the hallmark of sensible cannabis dosing.  As the cannabis culture has adapted this innovation in potency, it has popularized using very small amounts. “A dab will do” is the motto, and presumably the inspiration for Barcelona’s annual “Dab-a-doo” festival of cannabis concentrates.  Instead of plastic bags filled with green buds, people are now carrying thimble sized containers packed with sticky resin.

Dabbing is basically high-strength vaping.  With all of the combustible material removed, the resin vaporizes to take effect quickly to address acute symptoms or conditions.  As cannabis consumers transition to a little dab of extract, they move away from large smokey joints.  This smoke-free community has begun to distinguish itself from the April 20th (4/20) crowd by carving out their own annual day of celebration on July 10th (7.10) which reads a bold OIL when read upside down. 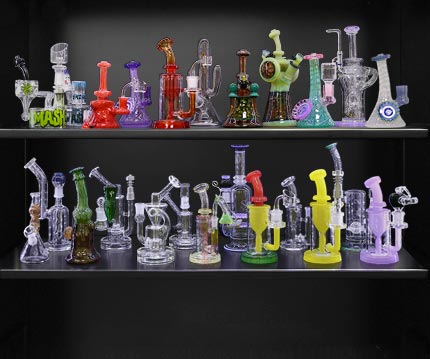 Not only does the move away from smoking low potency cannabis benefit the user, but it also reduces the increasingly unwelcome presence of stinky smoke clouds.  Dabs have breathed fresh life onto the glassware shelves at head shops, with new paraphernalia like rigs, nails, domes, and those tiny containers for your smidgen of extract.

Inexperienced users should take caution with concentrated cannabis as only a small amount is required to achieve the desired effect, and overconsumption can lead to undesired effects such as anxiety and dizziness.  If you are a casual user or just getting started then it’s likely that the herb in it’s naturally diluted form will suffice.  It is now standard to find lab results alongside cannabis concentrates to ensure that users are in control of their experience.  (5)

As I mentioned at the start, modern hash makers value science as much as art, taking advantage of their new abilities to separate, clean, process, and purify phytocannabinoids. The dangers associated with highly flammable solvents used in extract making are being bypassed by sophisticated closed-loop systems, and solventless techniques like Rosin pressing.  A sensible plan for cannabis legalization will include specific regulations to allow these processors to continue to improve their work.

Despite the opinions of the current opponents to concentrates, it makes little sense to imagine that the retention of residual plant waxes will makes cannabis safer.  It makes wholly more sense to pass regulations that will ensure users are informed enough to control their dose. Concentrated cannabinoid extracts can also be diluted using a complementary medium like coconut oil before being distributed as an array of products with assured potency.

Cannabis legalization should correspond with a public education effort aimed at educating the public regarding the relative strengths of cannabis products.  It is not difficult, but does require some basic instruction like “dose low, go slow” to ensure optimal benefit and minimal discomfort.  Let us hope that with prohibition coming to an end, the subject of cannabis extraction will be discussed less by bewildered law enforcement authorities, and more by responsible adults who make the informed decision to partake of this beneficial plant substance.