Cannabis and the Problems of Modernity: Thoughts on fragmentation in Cannabis Culture

1. Under the Best Circumstances, Communication is Difficult.

If you had lived in a pre-20th century rural community, or small town, you, your spouse, your friends, and your workmates would have shared a history, and a common culture.  You would have played the same games, sung the same songs, gone to the same church or to different churches together, learned the same manners, and imbibed the same concepts of work and family.  Your key relationships, thus enmeshed, would have endured.  The shift, in modernity, from rural and small town, to big city life, did away with much of that.  Today we live with neighbours, co-workers, friends, and sometimes spouses, from cultures or subcultures unlike the ones in which we were raised.  Under these conditions we can and do form relationships, but we struggle to maintain them, and we often fail.

We succeed, when at all, by building cultural bridges: we explain our jokes, we describe the books we’ve read, and the films we’ve seen, and the values we’ve adopted, and the spiritual beliefs we hold.  This process is difficult to master, and we often feel inadequately understood.  It is also tiring to maintain.  Primary relationships suffer the most, a fact to which high divorce rates attest.  Friendships and work relations suffer too.  We ease these difficulties by immersing ourselves in work, in consumer culture, in multi-cultural associations, in festivals and so on.  These are cultural bridges, but they are weak ones.  Strong bridges between cultures call for more skill than many of us can muster.

Some of our difficulty, of course, stems from the colonial practices of the 17th to 20th centuries, in particular, the slave trade.  To big city anomie, we must add the bitter history of black-white relations.  We must add, as well, the trampling of Native cultures, which remain to this day, poorly understood.  In North America, we must add the practice of importing workers: Asians; and migrant workers: Mexicans, later to view them though waves of mass, white Anglo paranoia.  Bridges between racial groups in the 20th and 21st centuries have proven so difficult to build that efforts have collapsed frequently under the weight of street riots, gang warfare, and targeted assassinations.  In 1897 the French sociologist, Emile Durkheim, coined the term ‘anomie’ to describe the condition of the individual living in a society so fragmented that it can provide little, if any, moral guidance.  This description applies equally to cultural groups.  Anomie is the chronic condition of contemporary life.

Cannabis prohibition grew out of this fragmentation: attitudes toward ‘marijuana’ in the 1920s and 30s were racism by other means.  The movements to legalize cannabis that followed in 1960s and 70s created an activist culture held together by shared suffering, shared aspirations, and a shared project—building a bridge to everyone else.  As we seem, en masse, to be on the verge of legalizing, it appears that these efforts have succeeded.  But as friends of cannabis blend into mainstream society, we see new forms of cultural fragmentation along all too familiar lines, this time amongst traditional cannabis fans.

In Canada, for example, there are LPs: growers and producers of medical cannabis, licensed by the federal government, but allowed to function by mail order only.   There are medical cannabis storefront dispensaries, illegal, but tolerated in places, and regulated in four BC municipalities.  Some LPs lobby actively against dispensaries.  Many cannabis activists view LPs with contempt.  There are unlicensed growers who supply dispensaries, and who keep a low profile.  One tends not to meet them at cannabis conferences that have sprung up of late.  There are home growers and designated growers (DGs) licensed under Canada’s Medical Marijuana Access Regulations, a program currently under threat.  They are in the midst of a legal battle for the right to home gardens.  Home growers and DGs deeply resent LPs, and some DGs in BC resent dispensaries now that they’ve acquired semi-legal status.  There are also informal, unlicensed merchants equally low in profile.  Where they stand on any of the above is unclear.  There are hemp farmers, doctors who now prescribe, and many more who won’t.

In Washington State recreational, licensed producers have squared off against patients, denying them the right to medical dispensaries and home gardens.  Much of the work of legalizing in both countries has taken place through costly legal challenges.  Some dispensaries, hemp producers and others have donated funds to help with these; others have done nothing.  Those who help out resent those who don’t.  There are publicly traded LPs, and many activists who resent this kind of commercialization.  In states that have legalized, there are municipalities that welcome shops, and those that ban them.  It goes on and on.

We can go on fragmenting.  Such is the fate, as I’ve suggested, of most sub-groups in the modern world.  They tend not to share a language, figuratively speaking.  But we don’t have to go that way.  Formal activist groups like the ‘Sensibles,’ NORML, the Marijuana Policy Project; the Drug Policy Alliance and others focus on the broad issues of legalization and public education.  As these issues begin to resolve, they might think to turn their gaze inwards.  Mending or building bridges between the fragmented elements of cannabis activism must also become the concern of local groups, especially as fault lines are different in different places.  Here are some ideas to consider. 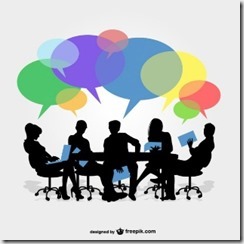 Cannabis conferences and public debates are common.  They spread the word on new developments in cannabis science and medicine, cannabis law, cannabis history, regulation, and so on.  They are constructive, and often inspiring.  But the ones that I’ve attended or read about have not addressed the problem of uncomfortable divisions among sub-groups of activists, even though activists are generally aware of them.  We might consider departing from this practice, for example, by having discussion panels on this topic.  These could feature representatives of sub groups, a skilled and experienced moderator, and input from the audience.  In whatever combination makes sense, we could have a panel that included LPs, dispensary owners or executive directors, home gardeners, and designated growers.  In places where the divisions are different, panels could include patient groups and recreational ones.  It would suffice as a starting point for each representative to explain his or her group’s difficulties, and hopes for the future.  It would be helpful if they described the tensions they experienced with others, within the bounds, of course, of civil conversation.  Perhaps a small, secluded workshop would work best.  Perhaps the groups in question could be called upon to help structure the sessions.  It would be a breath of fresh air to hear such groups in dialogue; I have a vague idea of what some of them are about, a much vaguer one on what they are about from their own point of view.

And while we’re at it, for the sake of internal harmony, we might find ways to billet, and subsidize attendance by, less wealthy activists.  Conferences can be expensive.

The larger activist organizations noted above might make space for meetings of this kind.  In many places, dispensaries and local cannabis activist clubs hold regular meetings.  These are held in private settings, out of dazzling glare of video cameras, and journalists.  They could occasionally issue strategic invitations.  Members could invite an LP representative one month, a director of a different dispensary another time, a City Mayor, and so on.  Unlicensed, underground activists might feel safe enough to speak to a dispensary group.  Or maybe not.

In British Columbia, my home province, there are dispensary owners, LPs and other activists that carry on some level of polite interchange.  They could stage an informative debate on these matters.  From the larger viewpoint, the goal would be to build a common language in the manner noted above: describe their experiences; share their stories; and tell us what they have been working on.  Activists are always working on something: growing techniques, extraction methods, testing methods, blogs.  There is scope.  A further goal might be to engage in a shared project: a combined presentation to a City Council, perhaps, or to another level of government.

That being said, by common language I mean simply that fractious sub-groups find some topic or activity that constitutes common ground for even a short time.  An identical point of view is neither realistic nor desirable.  Nor should one expect that all or even most parties would participate.  It is sufficient if some willing individuals step out of their comfort zone, break the ice, and try conversing.  They need do so only for limited periods of time, with no special expectations placed on them beyond a commitment to a calm interchange.

It is a commonplace that social movements fracture, especially as they start to make headway.  But the cannabis movement isn’t quite like any other.  It has a product to offer, one that functions, among other things, as a heightener of self-awareness.  Cannabis, used thoughtfully, helps to shift one’s perspective on just about anything.  Cannabis activists know that such a shift is possible.  They’ve seen it in action.  Imagine if some of us could cultivate, and teach, creative bridge building.  Why if we got good at it, we could hire ourselves out as cannabis mediators.  That would do more than transform our relations.  It would bring honour to the movement, and do justice to the activists that have sustained it for all these years.

(This is a sponsored article from a Guest Author) Hemp is one seriously interesting plant. Demonized in the early 1920s, many western countries banned the cultivation of hemp in an attempt to curb the rise in recreational marijuana use that was starting to take hold in societies across the globe. To many, hemp and marijuana […]