Tough Messages on Cannabis from Central Canada: What Next?

There are hostile vibes, these days, emanating from Ontario’s elite, at least on the subject of cannabis. The country is on the slow boat to legalization; nine months into the government’s first term, and we have a task force. We also have an online survey, asking for our feedback. But its tone is unfriendly. We read, for example, that THC levels in cannabis have risen since the 1980s. They used to be around 3%; they are now 12-15%. Moreover, it says, there are new products available, such as shatter, that are 80-90% THC; these levels create “added risks, and unknown long term impacts, exacerbated for young people, including children.” Thus, we read, “given the significant risks, maximum THC limits could be set, and high potency products strictly limited.” After perusing this scary stuff we are asked to respond. Of course, if we don’t like Ottawa’s attitude, we can tell them so. But first, here’s what they are telling us. They are considering a new form of prohibition—concentrates; that will work about as well as other forms of prohibition. Further, they do not, or cannot, distinguish between “significant risk” and ‘speculation on the part of people with no direct experience, and no sympathy.’ This general lack of insight will lead us straight back to the courtroom. The concentrate issue might do the same, depending on how the new rules affect oils for cancer patients. 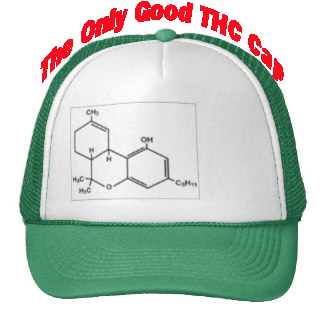 On a more hostile front, we’ve seen raids on over 40 Toronto dispensaries, involving police dressed up in riot gear. No dispensary there was found to have been serving kids. Clearly, the municipalities in that part of the country differ radically in temperament from their BC counterparts. Toronto’s Chief of Police ordered the raids. As he is both a friend and a successor to ex-Police Chief Bill Blair, Trudeau’s point man on legalization, it is hard to escape a sense of foreboding on what’s to come.

Most recently, The Globe and Mail, Canada’s voice for Southern Ontario elites, has weighed in with a series of ‘investigations’ into dispensaries. The paper has published four cannabis related articles, all within the space of a few days in late July: “What’s in Your Weed?” “What’s Not in Your Pot?” “Medical Marijuana: Does Research Back Up Claims of Therapeutic Benefits?” and “Restrictions on Pot-Safety Testing Puts Public at Risk, Scientists Warn.” Note the lack of the word, ‘cannabis.’ While these articles do not display the jackboot mentality of the raids, or the security-brained attitude of the survey, they are not comforting. A closer look at these might prepare us for the social and legal arguments to come.

Let me begin with the most sympathetic piece: Restrictions on Pot-Safety, etc.” It is commonly understood among activists that licensed laboratories will not test cannabis for dispensaries; or for patients who wish to know more about that they are taking; or even for their doctors. Such testing does get done, but must be organized via indirect, undetected routes. Officially only LPs may have their products tested. Ian Dawkins is a lobbyist for the Cannabis Growers of Canada, the cannabis growers licensed under the MMAR. He has been trying to open a few doors in Ottawa on the subject of testing, thus far with no result. Moreover, some labs have recently received warning letters from Health Canada, reminding them to stay within the set boundaries. For the labs, it’s a moral dilemma. How can you refuse to test cannabis that might help patients? Health Canada is set to unveil its new access regulations for patients on August 24th. Sadly, given the letters, the tone of the government survey, the raids, and the press, we have to be left wondering if dispensaries will be in the plan. 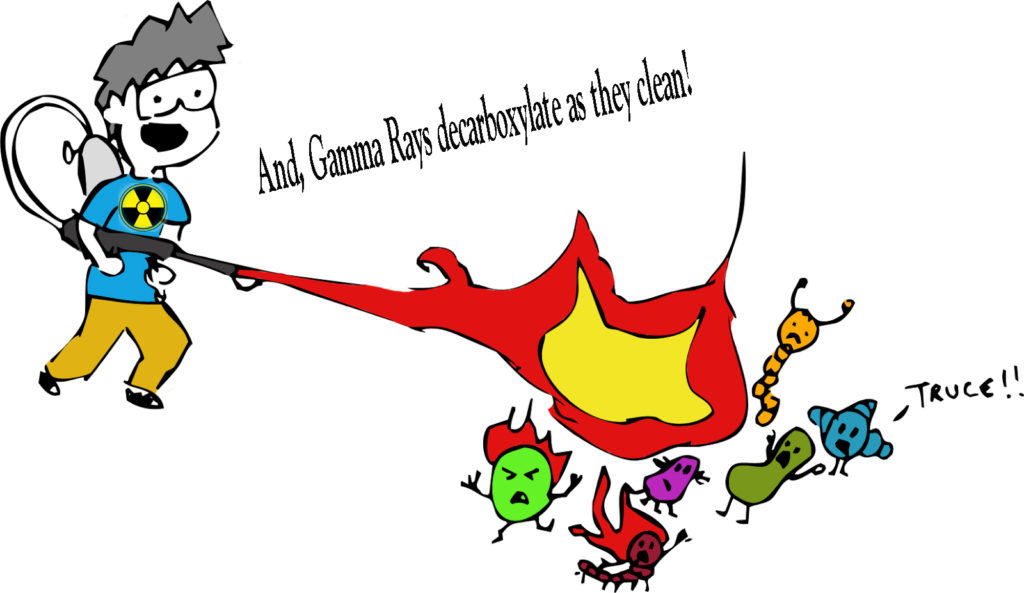 This last point brings us to the second Globe and Mail article, ‘What’s in Your Weed?’ The paper ‘investigated weed’ by purchasing a strain of cannabis from each of nine Toronto dispensaries, carried out by journalists, Greg McArthur and Grant Robertson. If it occurred to them to thank providence for leaving some dispensaries standing, they never said. They took their nine samples to a lab, whose name remains anonymous. See above. They asked to have them tested for microbes, and pesticides. Of the nine, none was found to have pesticide residues; but three had bacterial counts above Health Canada’s acceptable levels. I should add at this point, that the earth is host to between 100,000 and 10,000,000 species of bacteria, divided into seven main groups. About 95% are benign to us, many are friendly, and some are essential to our health. After the testing, the journalists canvassed ten microbiologists; the response was mixed. The tests that Canadian labs use are able to indicate levels of bacteria, and the groups of bacteria involved. But they do not indicate if the specific bacteria found are dangerous. For that, further testing is required. Some microbiologists thought that the three outliers were dangerous to consume; others (no exact numbers offered) said that they posed no risk. One microbiologist, from Oregon, thinks that Canada’s methods of testing are outmoded, and provide no useful data at all. In any case, 66% of the samples were classed as okay; and 34% as iffy, but possibly okay, depending on whom you ask. And that’s with no official access to labs.

In my view, that’s not such a bad result. But my view is not likely to be shared by the Globe and Mail’s regular readers. They will see the words, E. coli, fecal bacteria, food poisoning, fungal infections, contamination, and experience a nasty mental twinge. One scientist, quoted by our journalists, opined that the samples placed consumers’ mouths, in effect, right next to the toilet bowl. Those are fighting words. I would have liked to see the tests of bud samples compared with similar tests on loose tobacco, sold at tobacconists, and to loose dried herbs, sold in the bulk section of groceries, or in health food shops. Health Canada representatives acknowledge that healthy Canadians may feel few ill effects from microorganisms on cannabis. But those who are ill and immune-compromised, they argue, will be harmed. Will they? The first North Americans to use cannabis as a remedy in modern times were the AIDS sufferers of the 1970s, 80s, and 90s. One cannot picture a more immune compromised population. In the early days, they imported their cannabis from anywhere they could. The plant matter would have passed through countless pairs of hands, ungloved, and doubtless unwashed. It was never tested. Yet they found that it improved their mood, and appetite, and gave them a better, longer life. Patients today, ailing in a variety of ways, do not become ill from their ‘weed.’ Cannabis is thought to boost immunity. 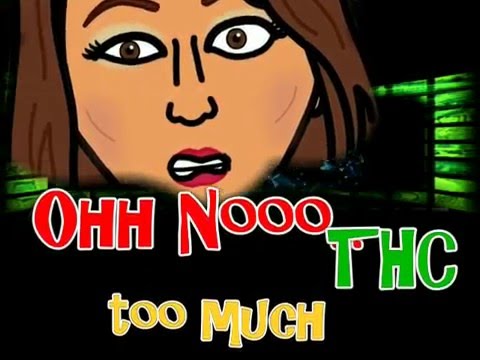 It should go without saying that sampling nine dispensaries out of the four hundred or so across the country, is hardly a formula for accurate results. More broadly, it is a wonder to me that, with no bodies to show for all these scary words—‘proliferation of dispensaries,’ ‘wild west,’ ‘unregulated, dirty dispensary weed,’ and so on—The Globe and Mail, and Health Canada, manage to push the idea that dispensaries put the public at risk. I wonder if we are seeing the beginnings of the newest iteration of reefer madness: Fear Driven Hygiene. This phenomenon affects LPs too. Some, in trying to meet Health Canada’s standards, irradiate their buds. According to a study conducted by LP, Bedrocan, this practice destroys terpenes, up to 38% for the most volatile. But the resulting bud is ‘clean.’ Expect, in court cases to come, a battle of the experts on microbial life.
Then we have the Globe and Mail ‘investigation’ into edibles. The samples they collected are very few: four in all. The journalists were especially interested in THC levels. No edible tested positive for microbes, but only one had as much THC as listed on the package. The other three contained one-half, or less than promised. Here’s a hint. If you’re headed for a Toronto dispensary, and find yourself in a panic, haunted suddenly by images of microbes, buy the edibles. At worst, they will be weak. Again, four items bought at four locations is not an investigation. It’s a scare tactic. These results “raise serious questions about efficacy,” the copy reads. Really? Couldn’t you just eat an extra cake pop to make up for the shortfall? On a more serious note, patients, mostly adults, are self-educated on this topic, and have learned what works for them. They are the customers, and they don’t need the Globe and Mail’s help.

Finally, there is “Medical Marijuana: Does Research Back Up Claims of Therapeutic benefits?“ This article casts doubt on cannabis’ usefulness as a remedy. Opinions are mixed, the authors note—not an enlightened view, but perhaps the best this newspaper can manage. 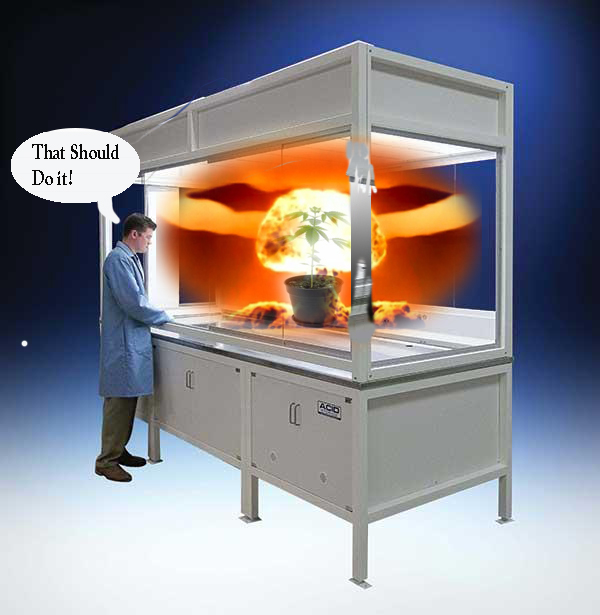 If, knowing what I do now, I could travel back in time to the 1970s, and witness the re-birth of cannabis as medicine, I’d throw my energy into a campaign to classify it as a kind of super-food. Here’s why. In the world of food, home made is queen. Every food manufacturer claims to cook just like mama did. The industry spends billions yearly on ads that show us images of home kitchens, plump chefs, farmhouses, gardens, and glowing families. They do so because home made tastes better, and also because home values encourage mutual caring. Do they tell us that home made is riddled with creepy microbes? No. That’s the social ideal that cannabis needs. In the world of modern medicine, the picture is reversed. Its ideal is as far from home made as imagination allows. A medicine is a factory made substance, expressible in entirely in numbers, without remainder, and incapable of supporting life forms. (Although, it may have distant cousins that were life forms, and may have even been modeled to resemble one.) It is uniform, and predictable, and everything the home product isn’t.

Do modern medicines save lives? They do. Should we kill microbes sometimes? Absolutely. But should we hold cannabis to the factory standard? Well, that’s what future lawmakers and judges will have to decide. In the meanwhile temper your reading of the Globe and Mail with alternative views. It’s the conservative voice of Southern Ontario, and on the topic of cannabis, that voice is sounding increasingly shrill.