What are your views on the most appropriate production model? Which production model would best meet consumer demand while ensuring that public health and safety objectives are achievable? What level and type of regulation is needed for producers?

Any discussion about production models needs to consider the range of options available to the government.  This survey makes it appear there is not flexibility when it comes to models for the production of cannabis.  Pretending there is only one possible way to safely grow cannabis for commercial purposes without having any real debate over the issues shows contempt for the public and makes it appear the government is solely interested in working with large corporations.

This task force does not seem genuinely interested in listening to what anyone has to say about growing cannabis except for commenting on guidelines for large-scale commercial production.  In the first sentence of this survey it is stated that home cultivation would not be in the best interest of the public with no supporting evidence or arguments upon which to base that conclusion.  Likewise, there is no proof that a government controlled production system would not be in the public interest.  The government has provided absolutely no concrete evidence to back these arguments up and we are expected to accept it as a fact so we can move to a discussion about the private sector.

Any discussion about the legalization of cannabis has to start with home cultivation.  A recent Federal Court of Canada decision affirmed patients have a right to grow their own medicine and there is very little chance the courts will allow the government to legalize cannabis for mass sale by large corporations and then prosecute peaceful citizens supplying themselves with herb.  As was proven clearly in the Allard decision, the government’s arguments against home cultivation of cannabis are not supported by the evidence and if the general public is allowed to grow cannabis and prices fall, then most of the perceived problems associated with personal production will be eliminated. 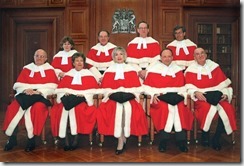 Perhaps the task force does not understand court decisions like R vs Smith, in which the Supreme Court of Canada struck down the law because it was arbitrary, meaning there was no evidence to support the government’s position.  The government cannot simply create laws that prohibit personal gardens without providing any proof that allowing people to grow their own would harm public peace and security.  The government cannot simply claim there is a problem with no concrete evidence beyond fancy theories.  On one hand, the government lacks any solid proof allowing personal gardens would cause any major problems and on the other hand there is ample evidence proving prohibition does not work and that people like me will refuse to stop fighting the government until home cultivation is allowed.

If the government intends upon removing organized crime from the cannabis trade as much as possible, allowing cannabis to be grown at home should be a central part of the program.  By allowing people to grow their own cannabis, the government will ensure retail prices will reflect costs of production and will not be hyperinflated due to scarcity and high taxes.  If people are allowed to grow their own cannabis they will have absolutely no incentive to deal with criminals but if home cultivation is not allowed many will prefer to support organized crime rather than pay taxes to the government and support large corporations.

Keeping the cannabis seeds and plants illegal, while allowing large corporations to sell it at prices close to the current prohibition-based prices will generate contempt in the general population.  As the public loses its fear of people under the influence of cannabis, laws prohibiting home cultivation will become impossible to enforce, as police have relied heavily on the public informing them about grow-ops.  Even the police will likely begin ignoring the laws prohibiting home cultivation, as they will not want to appear to be acting like corporate security guards protecting their market share.

As for the production of cannabis for commercial distribution, there is no need to create strict regulations to protect public safety and the tighter the rules are, the more they benefit the organized criminals we keep hearing the government is trying to undermine.  If the government does not allow small and medium sized growers to enter into the marketplace legally, then the lack of competition will benefit the few who can enter the market and organized crime will infiltrate those businesses.  The best way to take profits away from gangs is to give licenses to everyone willing to meet basic standards, which will bring the prices down significantly and make it impossible for organized crime to control much of the market. 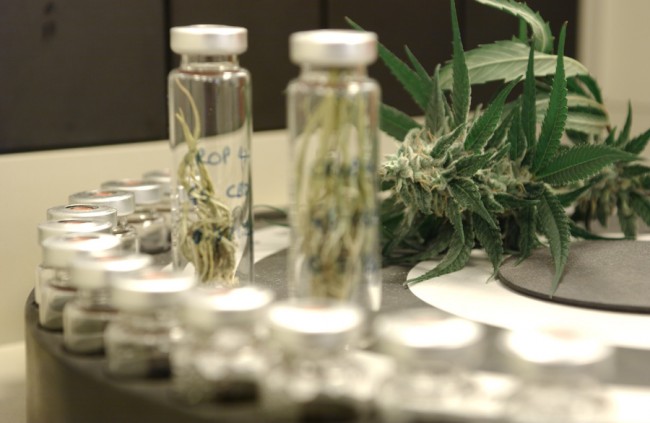 Requiring reasonable testing will ensure consumer safety without stopping small producers from entering into the market.  Excessive testing requirements could place an unnecessary burden on producers, forcing prices artificially high and potentially forcing some growers to remain working illegally.  For example, if the government requires all legal growers to meet the same standards as Licensed Producers under the Marijuana for Medical Purposes Regulations, then many will choose to produce illegally.

Trying to state there is a need for strict security requirements to stop diversion makes it clear the government intends on creating regulations that will ensure a thriving trade in illegal cannabis products.  Producers of cannabis have a lot of incentive to build tight security systems to stop theft.  If the government is seriously interested in stopping the diversion of cannabis from legal gardens to illegal dealers, then they should be discussing accounting measures, as locks on doors and cameras do not stop owners and employees from diverting products.

If the government is truly interested in stopping diversion then they should be more interested in creating minimal restrictions and encourage a dramatic drop in retail prices.  If the government creates strict regulations that stop small and medium sized businesses from competing in the legal market, craft growers will instead continue to exist as the potential revenues would remain appealing.  Consumers will be drawn to a legal system if the prices are inexpensive and the quality consistent, but many will choose to purchase off illegal local dealers if their only legal option is between large corporations.

Small business should be the backbone of the new Canadian cannabis economy.  As federal task force member Dr Susan Boyd pointed out in her research, around 95% of the grow operations raided by police have no ties to organized crime.  These family businesses deserve an opportunity to exist in the new legal regime.

Small craft cannabis growers could help provide more jobs and higher quality cannabis than large-scale producers.  By focusing on quality rather than quantity, small commercial operators can build a committed clientele while meeting or exceeding any reasonable requirements.  The economic spin-offs from local small business like this are clear.

Developing tourism around cannabis should be a goal of government.  Instead the task force wants to avoid normalizing cannabis.  Sadly the government does not want to admit that cannabis has already become a normal part of our society, despite being illegal for a long time.  Denying cannabis use will become a normal part of life once it is legal displays a prejudice against those that use the herb, suggesting that people who use cannabis are not normal.

In BC in particular we have an opportunity to become as world famous for high-grade cannabis as France is for wine.  This is not because we have the best climate for growing but because so many people here have dedicated their lives to learning how to produce the best bud in the world and they have learned to work in loose networks that have shared technology and growing techniques.  If we do not embrace these entrepreneurs by making it relatively easy for them to get a license and enter the legal market, they will choose to go elsewhere around the world where other countries are interested in developing their economy.

By allowing home cultivation and encouraging small businesses to enter the market the government will ensure that prices drop and organized crime moves to more lucrative scenes without placing the public at an increased risk.  Creating restrictive regulations controlling cannabis production may seem the best route, but for recreational users only basic testing regarding pesticides and nitrogen, which is used in the fertilizers, is really necessary.

Patients should know how much THC and CBD is in a product, but recreational users do not necessarily need to know how much THC is in their herb, except for edible products.  Edible products should have good labels to help stop people from accidentally consuming foods and drinks infused with cannabis.  Packages designed to stop young children from consuming cannabis edibles would also be appropriate.

Any responsible approach to regulating the production of cannabis would start with personal production and small growers, which is where the bulk of the herb is being produced under prohibition.  Any attempt to continue prohibiting these activities in favor of corporatized cannabis will be met with great resistance from consumers and the industry as it exists today.  Rather than dismiss home cultivation and small operators, the federal government should be embracing them and destabilizing the role organized crime plays.
Answer the Survey’s at the Links Below:

What are your views on the most appropriate production model? Which production model would best meet consumer demand while ensuring that public health and safety objectives are achievable? What level and type of regulation is needed for producers? (Maximum 1,500 words – to safeguard privacy please do not provide details that would disclose your individual identity or the identity of others)

To what extent, if any, should home cultivation be allowed in a legalized system? What, if any, government oversight should be put in place? (Maximum 1,500 words – to safeguard privacy please do not provide details that would disclose your individual identity or the identity of others)

Should a system of licensing or other fees be introduced? (Maximum 1,500 words – to safeguard privacy please do not provide details that would disclose your individual identity or the identity of others)

The Marihuana for Medical Purposes Regulations (MMPR) set out rigorous requirements over the production, packaging, storage and distribution of marijuana. Are these types of requirements appropriate for the new system? Are there features that you would add, or remove? (Maximum 1,500 words – to safeguard privacy please do not provide details that would disclose your individual identity or the identity of others)

What role, if any, should existing licensed producers under the MMPR have in the new system (either in the interim or the long-term)? (Maximum 1,500 words – to safeguard privacy please do not provide details that would disclose your individual identity or the identity of others)

Cannabis Digest is happy to bring you weekly episodes of the Cannaisseur with Caelan Walton, but you don’t have to wait, visit the youtube page and subscribe for more videos. In episode 6 of The Cannaisseur we’re going to discuss 10 social smoking tips to keep your friends from getting pissed off at you. Top 10 […]