Many of the arguments presented to the BC Court of Appeal were recently repeated in Ottawa before the Supreme Court of Canada. You can watch the footage of the SCC hearing online HERE. The Court shortly after ruled in our favor in a Unanimous 7-0 Decision, read about it HERE

After the morning session dealt with the Issue of Standing; the afternoon would focus on whether Justice Johnston erred in finding the restriction to dried marihuana unconstitutional.

The Crown lawyer Paul Riley claimed that having edible cannabis products is an unqualified choice of patients, which creates risks because it is an untested and illegal controlled substance. He posited that the trial judge had underestimated the critical abilities that policies attain when working together in a synthesis of catalytic interdependence, namely the triple force of the Food and Drug Act, the Controlled Drugs & Substances Act, and the Medical Marihuana Access Regulations.

They read from the decision in R.v.Mernagh, where the Ontario Appeal Court judges state “there is no right to prefer an illegal treatment over a legal one.” Matt Mernagh had attempted to show that the MMAR program was an illusion because so few people could access it; we are attempting to show that the definition of dried marihuana that is provided to the program participants is essentially an illusion. Although a doctor must prescribe it, patients should have the choice to have their medicine refined from its inert plant bulk in order to ingest the medicinal ingredients in the safest and most effective manner. 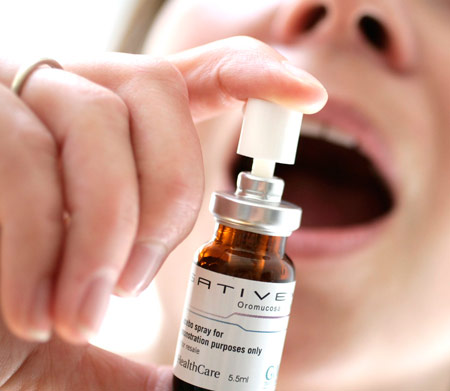 They asserted that conventional cannabis-based products that have undergone regulatory approval—such as Sativex and Marinol—are available through prescription from a doctor, making homemade cannabis products unnecessary. Kirk later responded that the MMAR forms make it clear that before you receive a federal licence to receive medical cannabis, “conventional treatments […] have been tried or considered, and have been found to be ineffective or medically inappropriate for the treatment of the applicant.”

The Crown read parts of the VCBC Recipe Book and Product Guide and claimed that mild conditions that were listed, like itching, represented our criteria for membership and that this showed that club members weren’t very sick. The crown asserted that our patient witnesses hadn’t met the standard for life-threatening illness presented in previous constitutional challenges.

Kirk had some time to read from the testimony of Gina Herman, who had bravely told her story to the court. Like many members of the V-CBC, she has dramatically restored her quality of life with medicinal cannabis while reducing her dependence on prescription drugs and eliminating their harmful side effects.

Despite the crowns attempts to refocus the argument on the V-CBC, the evidence from our trial was unchallenged. Separating the active compounds held within the resin glands, even with the faintest of agitation, from the fibrous bulk of the plant reduces the ingestion of unwanted toxic residues.

By drawing the line at dried marihuana, the distinction between legal and illegal is as precarious as balancing “a golf ball on a tee”. Given that authorized patients risk everything by breaking the law—their license, their medicine, maybe their home and even their life—this distinction deserves better definition.

Kirk suggested that there are various agencies set up to protect the public, such as the Natural Health Product Regulations, that can deal with these matters in ways other than “unnecessary criminalization.”

Nine months later the Court decided 2-1 in my favour. the dissenting judge gave the government and automatic right to appeal to the Supreme Court, which they quickly accepted. The Supreme Court heard the case on March 20th 2015, suspending their judgement. You can watch the footage of the SCC hearing online HERE. The Court shortly after ruled in our favour with a Unanimous 7-0 Decision, read about it HERE

It is difficult to write a cheery note in the midst of raids on dispensaries, relentless arrests (some 60,000 at last count), and the stress imposed on Canadian patients, trying to find sympathetic doctors, just too few and too far between. It is hard to feel uplifted when newfangled racketeers, who charge patients three to […]

(Supreme Court of Canada) by Ted Smith On March 20, 2015, the top nine judges in Canada will spend an entire day discussing whether cannabis derivatives deserve legal status similar to that of cannabis.  This will be the first time in history that the Supreme Court of Canada has heard arguments regarding medical cannabis and […]

To whom it may concern – a letter from a medical patient