We are endeavouring to feature one patient per province and territory this year as we share patients’ stories with the rest of the country. We will be focusing on patients who will live in fear of the repercussions of the looming MMPR, and how the loss of individual and designated medication producers will directly effect their health and daily lives.

Due to difficulties that parents encounter when seeking legal medical cannabis exemptions for their children, this year’s calendar will feature a few of the younger legal patients across the country. Last year’s calendar did feature one of Canada’s younger “legal” patients—Hayley Rose from B.C. Many patients struggle with the bureaucracy as they seek that pink slip from Health Canada, but parents attempting to validate their child’s need for medical cannabis often meet a stone wall in the doctor’s office. We hope that featuring a few younger patients may aid in decreasing the stigma that these patients and their families face, as we strive to educate others that cannabis can be effective medicine for all ages. 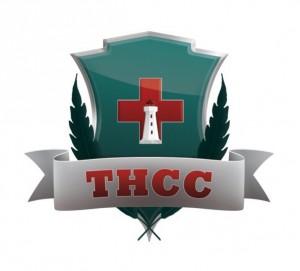 For fund-raising or advertising opportunities, (rates are reasonable) or for info on distribution and obtaining copies of the 2014 patient calendar for fund-raising or resale, email <chair@mumm.ca>. Calendars should be available in Aug.

MUMM is saddened to report that the Halifax Integrated Drug Unit has effectively driven medical cannabis patients in Nova Scotia to the ubiquitous black market, due to the raid they conducted on Mar. 13, 2013, in Porters Lake.

As outlined in an article in the last edition of Cannabis Digest, The Halifax Compassionate Club (THCC) was raided by the Halifax Regional Police Integrated Drug Unit. Police searched THCC and The Grow-Op Shop, (both located in the same building) plus the private residence of Chris Enns, (THCC’s Vice President) and Four-Twenty Jes (also known as Jes James or Sherry Lee Reeve).

What the Halifax Integrated Drug Unit failed to acknowledge is that compassion clubs fill a void left by Health Canada in 2001, when they created the Medical Marijuana Access Regulations in response to R v. Parker. The MMAR have been deemed unconstitutional in many Canadian courts, as patients are virtually left to doctor-shop to find the necessary physician support. Not all patients are successful in.

In the meantime, many critically and chronically ill Canadian medical cannabis patients, Health Canada sanctioned or not, are seeking a safe medication supply that eliminates the dangerous black market and the accompanying criminal element. This is a vital community health and safety role filled by many Canadian compassion clubs.

Unfortunately, the effects of the above raid were illustrated in early May, when I received a call from THCC member and exemption holder Matthew Curtis. Curtis had just been robbed while attempting to purchase sub-grade cannabis on the black market. The alleged thief ran from Curtis’s vehicle with a substantial amount of cash and cannabis. Although charges have been laid and Curtis is determined to follow through on recourse, he has no hopes of recovering his money until the charges wind their way through the courts, which could be this fall or later. In the meantime, this has left a patient in an undesirable position of both needing to take time off work to go to court, and being without the financial means to replace hundreds of dollars’ worth of medication. Curtis has gone public to the Maritime media with this catch-22 situation that the government and law enforcement has created for ill Nova Scotians due to the THCC raid.

In early June, Four-Twenty Jes reported on Facebook that she had been beaten by Integrated Drug Unit member Jamie Payne (the lead investigator from when the club was originally raided, who allegedly posed as a patient). Payne took Jes’s club phone, and both Jes James and Chris Enns were held in a cell at the Gottingen Halifax Regional Municipality police station for 24 hours. They were then transported to the Dartmouth courthouse, where they appeared before a judge for conditions and release. Both are scheduled to appear in court later this month.

At last report, THCC vapour lounge and club are open for support only, as medication dispensing services have once again been suspended.

East-Coasters have been busy fighting the MMPR. In Feb. a number of members in various constituencies joined the nationwide Fight The MMPR protests spearheaded by Ted Smith. Thanks to Ted for taking the lead with this initiative allowing patients to become proactive in articulating their concerns to their Members of Parliament about the upcoming MMPR. We will be joining in the next round of protests on Oct. 1.

MUMM also mounted a petition opposing the proposed MMPR announced on Dec. 15, 2012, in The Canada Gazette. We requested that the House of Commons mandate Health Canada to leave the current PPL and DPL provisions “as-is” in addition to the creation of licensed production facilities and patient-led co-ops.

The petition outlined that the proposed changes included the phasing-out of personal and designated production licenses for authorized patients, and that these licenses would be replaced by several large-scale licensed facilities that will provide all medication for licensed patients. MPs were reminded that most authorized license holders are disabled and live on a low, fixed income, and cannot afford $8.80 per gram as proposed by Health Canada. We noted that patients growing their own medicine, or having someone grow it for them (2 cents per gram outdoors to $2 per gram indoors), is the only affordable option allowing patients reasonable access to medical cannabis, since there is no provincial health program providing coverage.

Furthermore, Bill C-10 became law on Nov. 6, 2012. Provisions in C-10 demand mandatory minimum penalties for the cultivation of six or more cannabis plants. C-10 will ensure that patients, unable to afford the licensed production facility prices, will be forced to go without cannabis or violate the law to obtain their medicine, exposing them to potential criminal sanctions.

Megan Leslie, NDP MP for Halifax, presented MUMM’s petition on Mar. 25 in the House of Commons.

On Apr. 20, we joined many locations in Canada with an Erb4Herb 420 Rally and festival calling for an end to prohibition in Aylesford, NS. Aylesford is a relatively small community in the heart of the Annapolis Valley, and although the RCMP were a presence on the roads that day, (claiming to be checking for drivers impaired by cannabis) they did not interrupt our event, and in fact drove by and waved as our 420 session was underway.

MUMM held our 7th annual Global Marijuana March in Victoria Park, Halifax, complete with speakers, music, information tables, and a march that ended on the lawn of the Spring Garden Road courthouse. We converged with THCC (who marched along a different route) on the courthouse lawn for our 420 medication break amid honking horns, (thanks to the “Honk for Hemp” sign) cheers of support, and the steady gaze of HRM police, who scrutinized our every move from across the street.

The 18th annual Cannabis Day celebration is set for July 1 on the Dartmouth Commons. This year, we have DJ Wolf providing our tunes, and an open mic for musicians to share their time and talents with our attendees. We will have our usual round of speakers, canteen, raffles, giveaways from local shops, and more.

The PEI Medical Marijuana User group is holding a cannafest by the sea on July, 13 (rain date of the 20th) featuring speakers, demos, a bake-off, and a potluck supper. For more details, email <chair@mumm.ca>

MUMM is also making plans for our sixth annual Harvestfest, happening from Sept. 8 to 9 on private property in New Germany, NS. This year’s Harvestfest promises to be bigger and better than ever, and will include contests, demonstrations, camping, Saturday night’s supper, and tons of entertainment. Check out <www.mumm.ca> for evolving details.

The Maritime Medical Marijuana Show is looking for a co-host for its bi-weekly YouTube show. This volunteer must be someone close to Lower Sackville, NS, who can provide one to two hours per week to prepare for, produce, and process approximately an hour-long show dedicated to educating and sharing ideas on cannabis. Please check out the YouTube channel “KarmaMMMS” to view past episodes. Anyone interested should contact Chris Backer ASAP via Facebook or email <chris@mumm.ca>

If you live in the area and are interested in appearing on the show as a guest, please get in touch with Chris. Note, though, that as with any volunteer position, the host reserves the right to screen all applicants for suitability.

As always, it is an honour to inform readers of Maritime Medical cannabis activities and events.

Digest Admin·November 4, 2012
There are no comments yet No comments