There is no demon weed, but there are demons that plague our personal and social conversations on cannabis. Here are a few.

1. Post hoc, ergo propter hoc, called ‘post hoc’ for short. In English: after this, therefore because of this. In real life it looks like this: Oscar used cannabis. Then Oscar was diagnosed with schizophrenia. So cannabis use caused his schizophrenia.

A related fallacy is ‘con hoc, ergo propter hoc,’ or ‘with this, therefore because of this,’ A.K.A confusing correlation with causation. In every day life it goes: High school dropouts tend to use cannabis. Therefore cannabis use causes people to drop out of school. 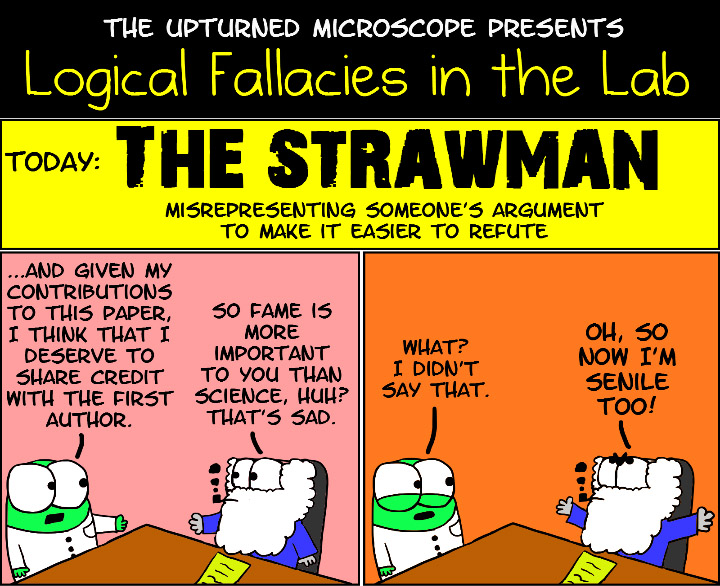 2. Constructing a straw man. Straw men are caricatures built to be attackable. Reefer madness created the ‘dope fiend.’ The practice persists. On the website of Smart Approaches to Marijuana you find the following. Activists say: we should legalize marijuana because legalization is inevitable. But they are wrong, because it is not inevitable. That’s a straw man move. Many of us think that legalization is inevitable, but activists do not cite inevitability as the reason to legalize. Here’s another, trotted out frequently. ‘Activists say: marijuana is natural. Therefore it is safe. This view is a myth, because lots of natural things are unsafe.’ In truth, only a straw man activist, wedded to a straw myth, argues that cannabis is safe because it is natural. The argument is rather that cannabis is safe because hundreds of years of use have shown it to be so.

3. Adopting a false premise. We could say: All marijuana use is dangerous behavior. Oscar uses marijuana. Therefore Oscar is engaged in dangerous behavior. This argument is valid, because it follows correct syllogistic form. But the premise is false, so the argument is unsound. Opponents of legalizing cannabis favour the false premise. There is Ronald Reagan’s “marijuana is the most dangerous drug in America,” and Drug Czar Be McCaffrey’s “marijuana medicine is Cheech and Chong medicine;’ and Rona Ambrose’s “marijuana is not a medicine.” Most of what one hears against cannabis is unsound. 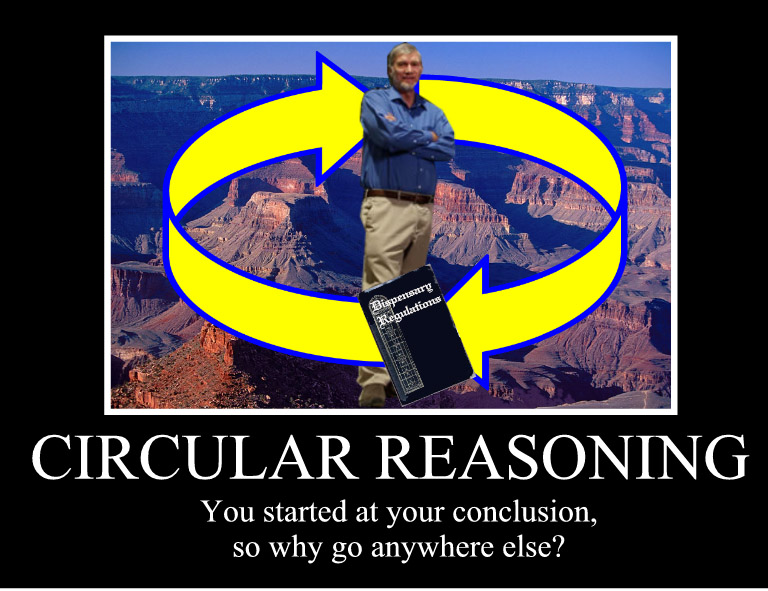 5. Appeal to fear. In appealing to fear, we reject a conclusion because we find it too scary. Former Canadian Minister of Health, Rona Ambrose, offers a good example. She argued, in effect, that ‘cannabis is a medicine’ was an unacceptable conclusion because if it were a medicine, it would seem normal, and normalization would endanger youth.

6. Appeal to irrelevant authority. In this part of the world we hear: cannabis is dangerous because the RCMP and police say it is.

7. Guilt by association. For decades this has been the argument: cannabis is bad because objectionable people use it. I say, free the plant, and liberate the objectionable. 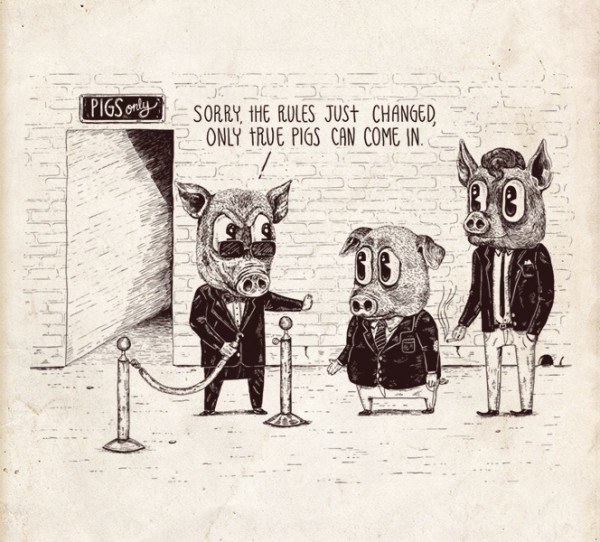 8. No true Scotsman. This fallacy, alas, is often seen in the pro cannabis camp, and is appearing more often as we see activist groups fragmenting. Here are some examples that I encounter as a blogger. You are no supporter of ‘true cannabis culture’ because you want to see LPs and MMAR growers working together. You are no true supporter of people working together because you speak too critically of LPs. With this fallacy you ‘win’ by redefining the subject. This technique is good for defining true men, true women, true artists, true barbeque cooks, and maybe even true stoners, leaving the untrue to wonder what happened.

Rhetoric is the art of persuasion, the practice of making an argument appealing to an audience. It is central to advertising. There is no better example of persuasion than the position taken by Canada’s Health Minister, Jane Philpott, in her recent talk at the UNGASS. The Canadian government will legalize marijuana, she said, because it wishes to protect Canadian children, and to keep money out of the pockets of criminals. That’s good rhetoric, especially for an international setting. Who could resist it? Could you criticize a nation for protecting its children? Or not liking criminals? Aren’t all governments for children and against criminals?

The previous points highlight what can only be called a fetish of the anti-cannabis league: the developing brain: that mass of neural connections, not yet completed, the vulnerable of the vulnerables. Is cannabis bad for young brains? Among scientists here is no agreement. But as there is doubt, and I want to see the law change, I accept the premise. I do not accept, however, worshipping the young brain, and making it the centrepiece of cannabis legislation. If the Liberals wish to support young minds, let them end child poverty, and offer young people tuition-free college, university, or trade school.

Here is a common argument. Cannabis activists say that cannabis is harmless. But that is false, because it harms ‘the developing brain.’ So cannabis is harmful. That’s like saying: peanut butter is not harmless because some people are allergic to it. So peanut butter is harmful. In truth, cannabis, like peanut butter, is harmful to some, and harmless to most. Ditto with skiing, driving, rock climbing, and eating poached salmon. That’s the complex reality. But it takes a while to explain, so it doesn’t make for good grandstanding.

Have you heard this in the news lately? Cannabis dispensaries are ‘popping up like weeds.’ Here’s the thing about weeds. They pop up in the tens of thousands, and, if not removed early, choke out your cultivated crops, leaving you foodless. Cannabis dispensaries are not in this league. They are simply popping up like coffee and teashops. Or yoga classes, or adult colouring books. Around here these can be found every few blocks. Dispensaries threaten to choke out nothing. We could license them all, and then chuck out the ones that misbehave. If there are too many there will be a shake out. How bad is that?

Proponents of prohibition are not big on logic. And not everyone has become familiar with it. But the months ahead will bring buckets of new arguments for what makes good cannabis policy. We’ll be hearing from pharmacies, liquor stores, municipal governments, provincial governments, the feds, the dispensaries, bloggers, and the various industry associations. We’ll need to scrutinize their claims. We’ll need rebuttals. Clear thinking is good defense, and logic is its bedrock. The lawyers attend to it, the courts respect it, and history is kind to it. So sharpen up your skills. The war on drugs may be ending, but the popular battle of wits has just begun.

(Supreme Court of Canada) by Ted Smith On March 20, 2015, the top nine judges in Canada will spend an entire day discussing whether cannabis derivatives deserve legal status similar to that of cannabis.  This will be the first time in history that the Supreme Court of Canada has heard arguments regarding medical cannabis and […]

What’s up Doc?; Strain Science; The Hemp Electric Car and more from the Cannabis Digest this week December 6th – December12th, 2014 with Owen Smith Subscribe to the Youtube Channel!   NOTES/LINKS   Saturday Dean Schwind I once overheard a young #doctor say to another on an elevator ride, “So, I said to the nurse, […]