On Tuesday Oct 4, the International Hempology 101 Society held its Annual General Meeting at the Green Ceiling, thanks to our sponsors Skunkbeard and Panda.  Aside from the elections it was not much different from our regular monthly board meeting, which is always open to the public.  With so much happening in our field, these sure are exciting times. 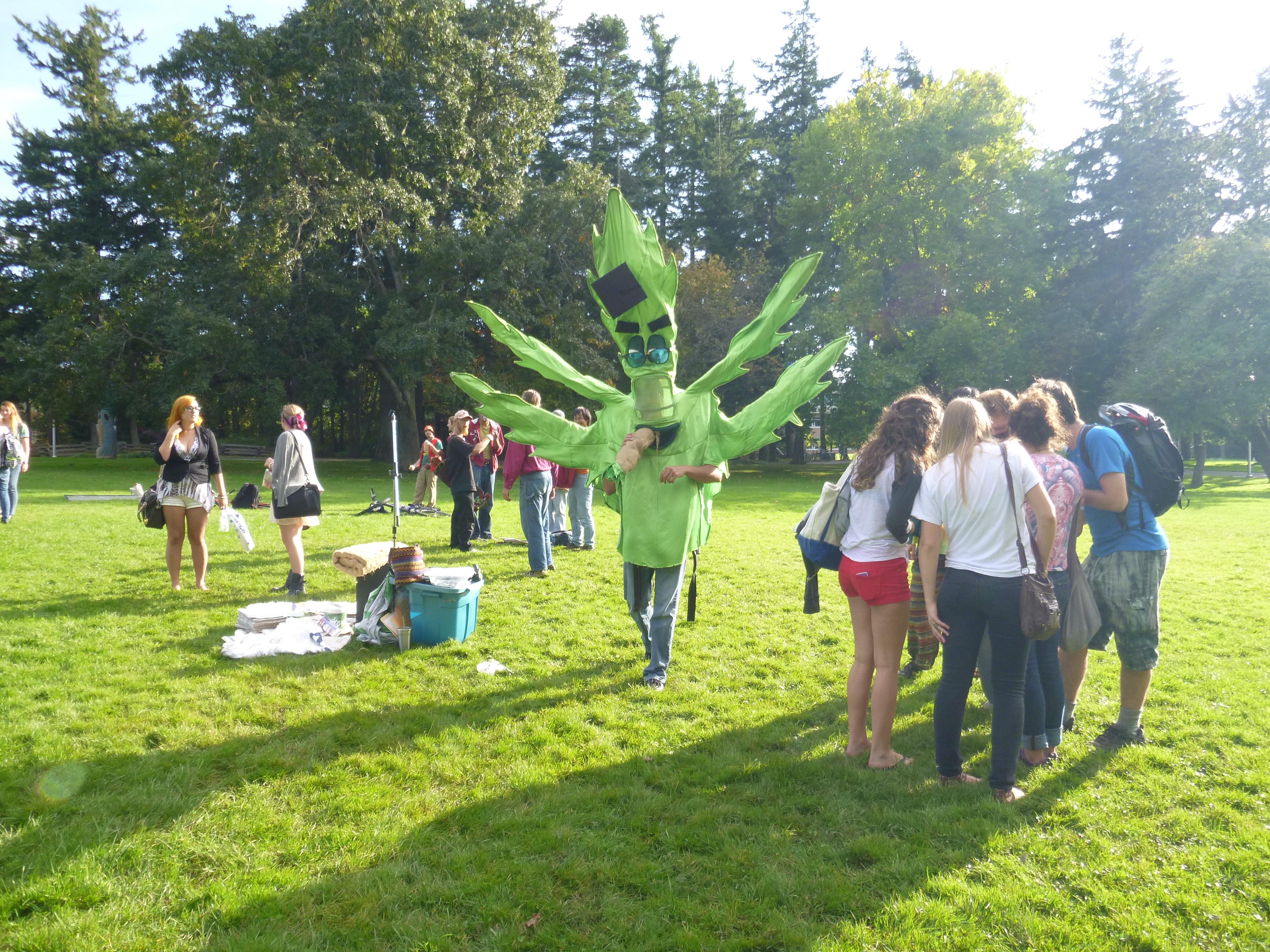 There were a few changes, but it is still the same group of people that has been supporting me for years.  Welcome back to the board Owen, and Walbran Steve.  There were no elections, as there were only 9 people nominated that were interested in being on the board.  The rest of the board consists of Bill, Steve (there always seems to be at least two Steve’s around), Bones, Ron, Jenn, Ty and yours truly.

September was the start of school season; the Hempology 101 clubs at the University of Victoria and the University of British Columbia have been busy signing up members, educating students, and hosting 420s.  The UVSS Hempology club has held weekly Wednesday 420 circles in the center of campus for 18 years, and the UBC Hempology 101 club has been hosting Friday weekly 420 circles near the Student Union Building for 7  years.  Both clubs have great potential and it will be interesting to see how they evolve with the onset of legalization.

The UVSS Hempology 101 Club, for example, is trying to improve their status within the student union and if their application is approved this fall they may be able to get an office space and gain access to more funds.  With a couple of students finally getting more involved, there is a renewed excitement within the group, as many organizations and other clubs suddenly appear happy to work with us.  One of the goals of the club is to have a safe, indoor space for students to vaporize and hang out with other cannabis enthusiasts.  While I am not up-to-date on everything the UBC Hempology 101 Club is doing, I have a feeling they will also be growing in new, unexpected directions soon.

Our main event to organize this fall is the annual Halloweed party at the Victoria courthouse. 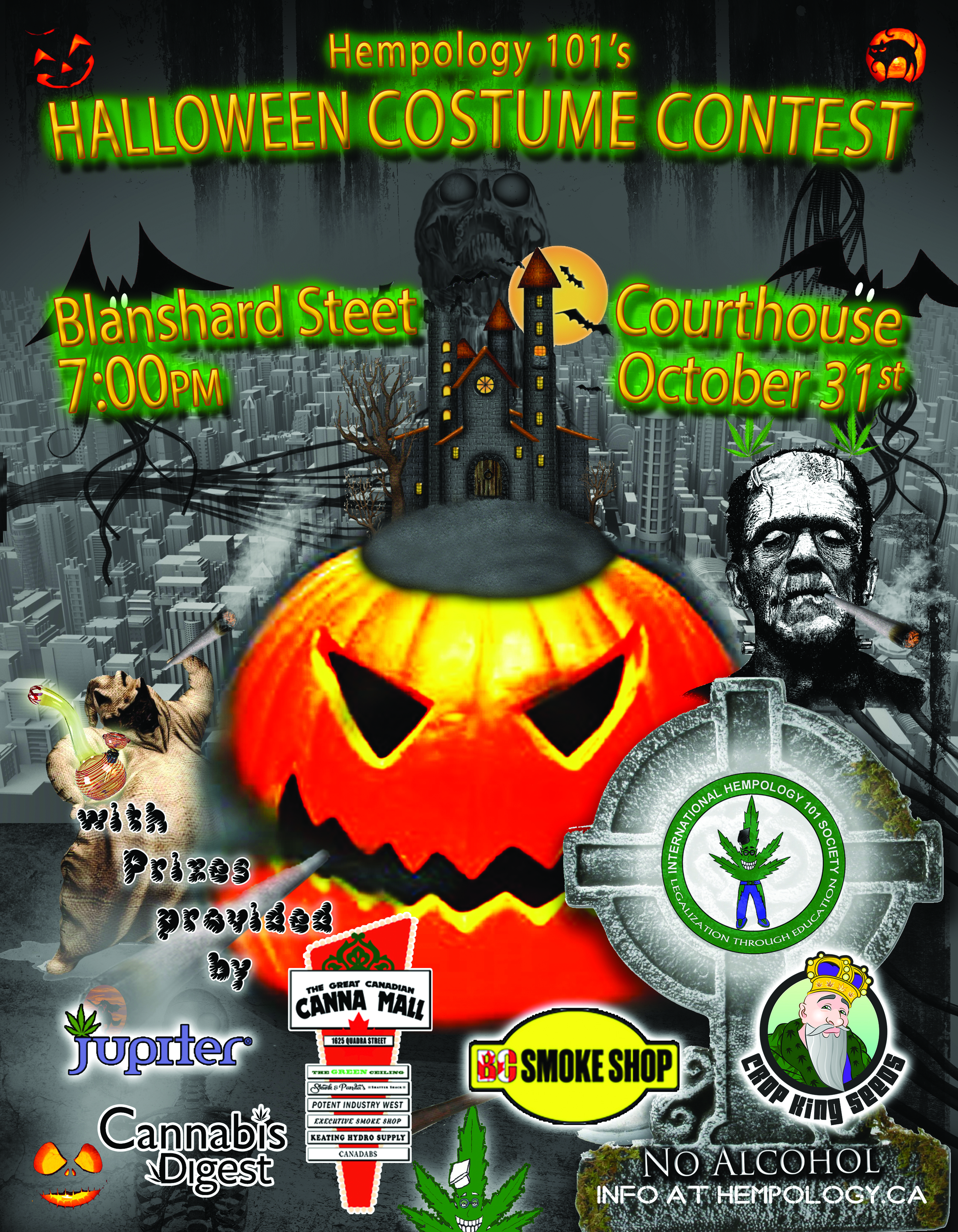 We love to host a contest for the best costume, and give bongs to the best three, as chosen by the crowd via cheers.  After the contest we hotbox the front steps of the courthouse by hanging clothes from the sides of the stairs at the front, giving us room for close to 100 people.  There is a ‘no alcohol’ rule, as the security and police will often use that excuse to grab people, and the only people that cause our group trouble are almost always drunk.

After that our next event is cannabis caroling, where we sing some of our favourites from our songbook, as we puff joints downtown Victoria.
Rudolf the Redhaired Outdoor, Cannabis Puff and Deck The Courts remain the most popular songs to sing, as the smiles we get from people passing by help keep us warm.  While the group that comes out each year is small these days, we sure love spreading cannabis cheer on the streets when so  many people are out and about.  This year we will meet to go caroling at 4:20 pm on Wednesday, Dec 21 beginning at our traditional starting point, the Ministry of Health at the corner of Pandora and Blanshard.

As for our sister organization, the Victoria Cannabis Buyers Club, there has been a lot of frustration that the City of Victoria is not allowing patients at dispensaries to consume the plant on premises.  The threat of fines has made the board of directors stop members from smoking in the Box, though they are allowing vaporizing and dabbing.  A petition has been started, and many members are trying to let the mayor and council know how much this has affected them.  But for now we have to settle for this compromise.  The club is applying for a variance to have a smoking room, and we are sure council will grant it, but until it is official the board wants to be careful. 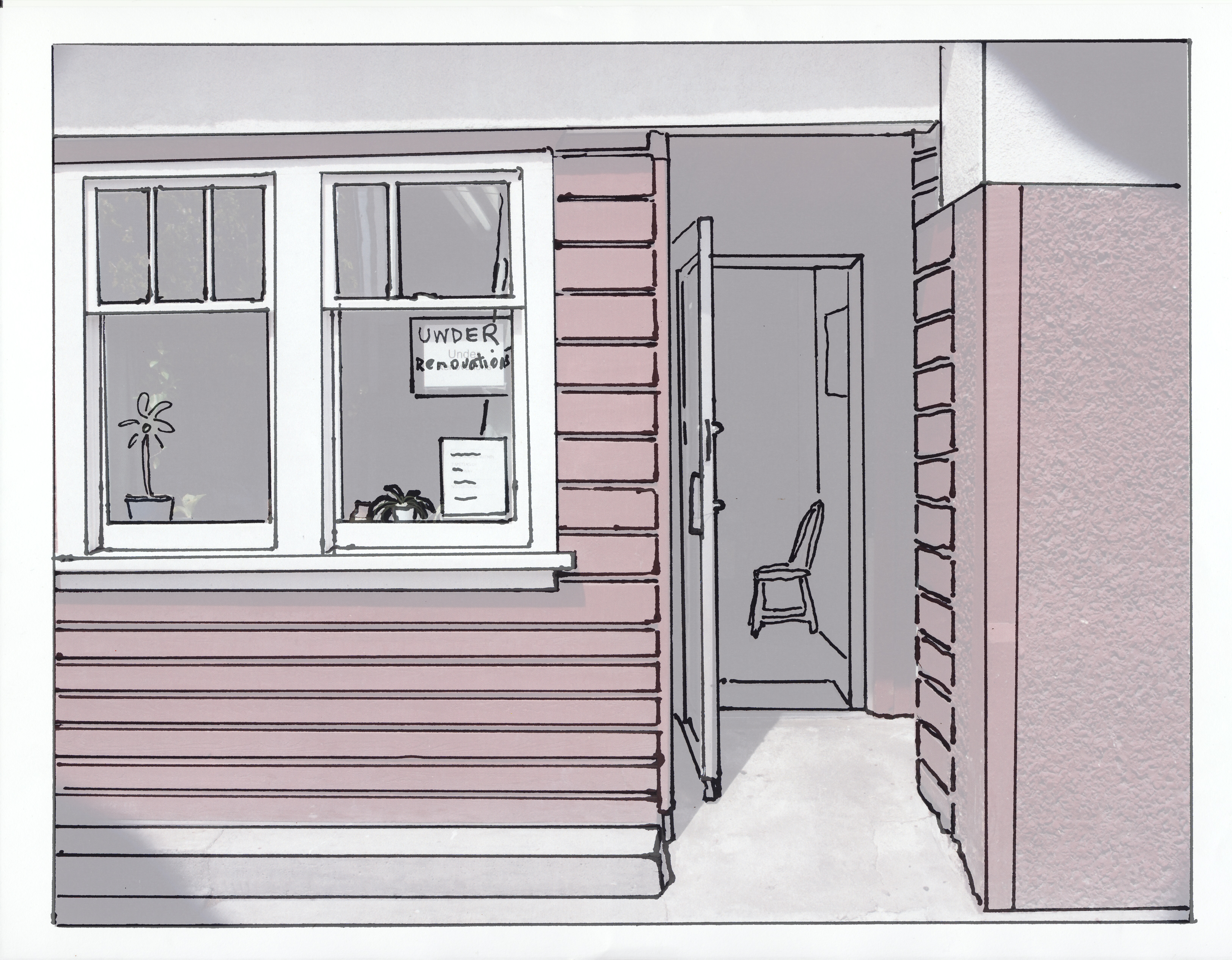 With getting a license from the city, many changes are expected at the VCBC, including a new sign.  Since the second police raid in 2002, there has simply been a sign out front that reads ‘Under Renovation.”  When people ask we say we are fixing the law and when we are done we will open for business.  That time is coming soon and it will be a glorious day when the full name of the Victoria Cannabis Buyers Club is on the front of the building.

This October marked 4 years since I turned the club into a non-profit society.  This January we will be celebrating 21 years of service with our Annual General Meeting and a potluck supper on Sunday Jan 29, 2017.  More details will be released closer to the big day.

It is with great sadness that we dedicate this issue to my love Gayle Quin, who used to write this column with much more flair than I.  Her passion and strong character will forever drive those of us left behind to mourn to be better people.  Saying goodbye has been very hard on many of us, and I truly wish we could just have one massive group hugs with everyone who cared for her. 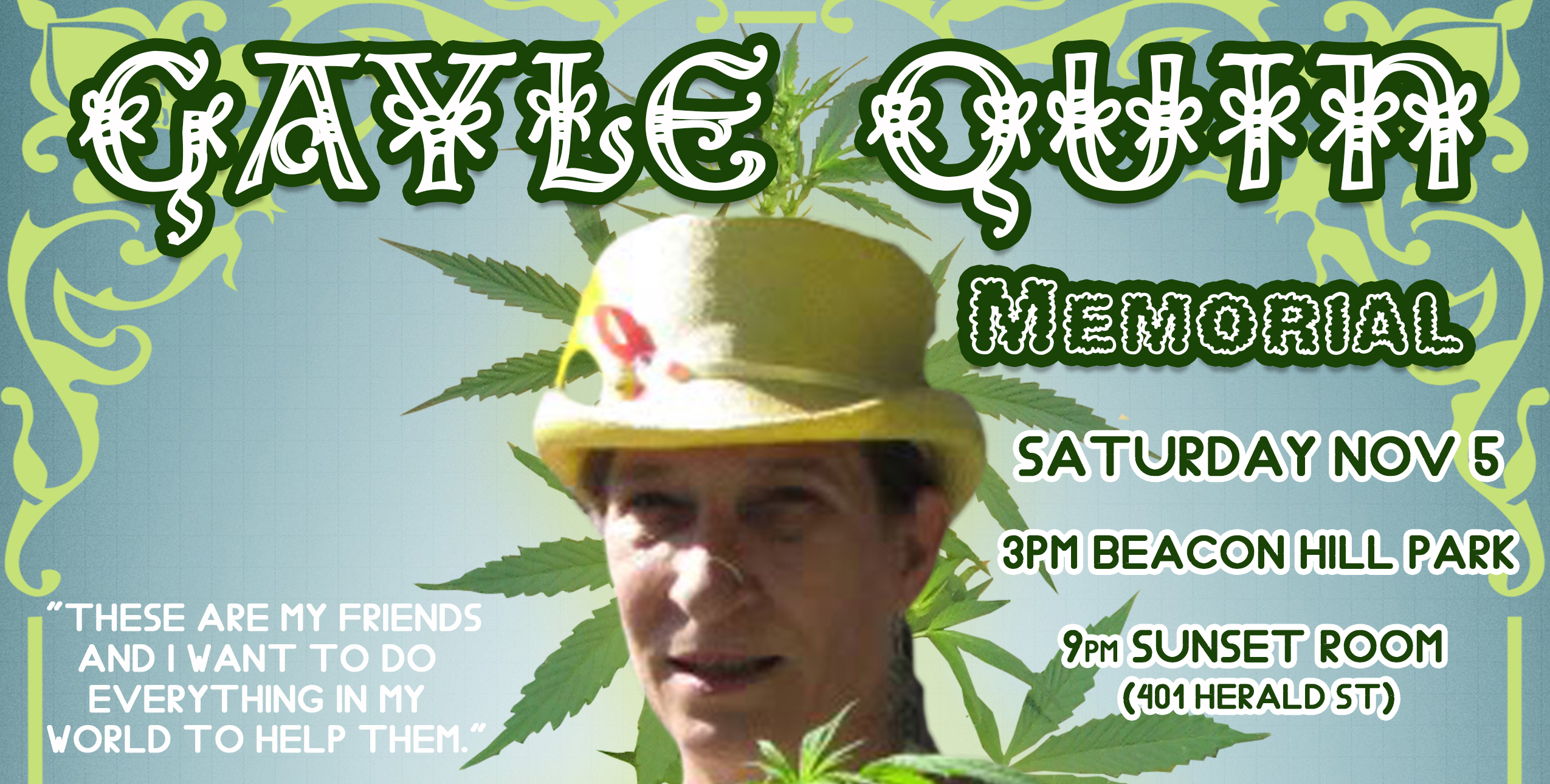 Thank you all for the constant outpouring of love and support.